Nahuel Huck Noro is an artist from the entrerriana town of Hernandarias who got into a special music project. 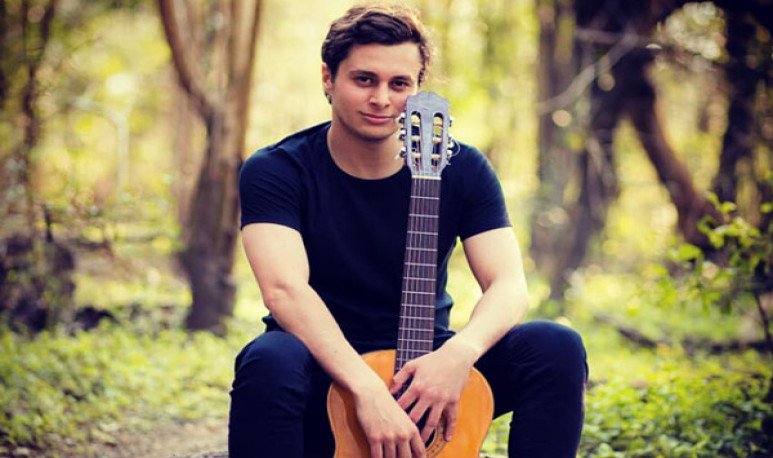 He is  21 years old  and is dedicated to  uploading his music to a Youtube channel  called  Nahuel HN  . There, you can see the compositions that he himself records with enormous effort. Through that route was that he came up with the idea of  inviting his followers to share their stories of life . The goal was that, through those experiences,  songs could be created . In this sense, the young man told  Uno Entre Ríos  that it is a section  he inaugurated approximately seven months ago . However, being new and not having so many subscribers, the answers are still limited.

In this regard, Nahuel argued that the project encompasses  stories that anyone can identify with . Even, one of the ones that came to him tells a guy who's been in love with a girl for 10 years. The problem is he never had the courage to tell him. Also, there was another one who had a love at the distance that it was difficult to contact and who, finally, could get to know each other and start a family. In this way, when he writes his works he tries to put on the skin of the person who sent him the material. In addition, he stated that the identity of the participants is never revealed and that he is very happy with what began to be done.

Regarding the initiative to venture into the Youtube platform, entrerriano commented that it  started five or six years ago . At first, he made covers of national rock, cumbia and melodic songs.  However, about a year ago he immersed himself in the plan to compose, record and upload his music . Although he admitted that he initially had difficulty raising them because of the embarrassment of exhibiting something so intimate of his. But time passed and fear was lost.

He is currently studying in the city of Paraná  a Bachelor of Popular Singing at the School of Music, Dance and Theater Prof. Constancio Carminio . The young  musician said that such an institution greatly contributed to his musical training.  It is that he started playing by ear and today he can understand many theoretical questions thanks to the tools received there . Which keeps him motivated with the race and hopes to be received within the next two years.  At the same time, he commented that he started singing and guitar jointly eight or nine years ago . He also stated that he tries to write at least one song per week to expand the compositional field and demand itself.

About his  influences  when it comes to inspiration, Nahuel reported that he feels identified with  melodic music  . From Luis Miguel to Alejandro Sanz, they are singers whom he admires enormously. Instead of turning to the most fashionable genres, he chooses to be true to his style and take a chance. In addition, it is what she grew up listening to at home, with her mother playing Chayanne and Enrique Iglesias.  However, he also joined folklore,  cumbia  groups and had brief incursions into the    rock. This reveals his passion for art and the versatility with which he can unfold on stage. Whether it's in front of a screen or else, with people around.