Charly took a patriotic symbol and made it with her art. What Charly thought as a tribute many took as an offense. 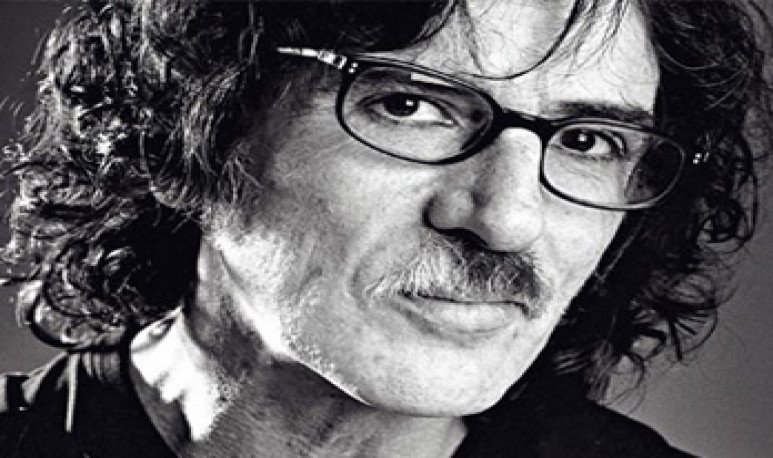 Charly García  has always been a controversial character within the national rock scene, both musically and personally. The rock icon of the bicolor mustache never ceases to amaze us with its originality, daring, boldness and avant-garde spirit. He was not more than three years old when he started playing the piano - then, by ear, but not long later, with professional instruction - and since then he never stopped. He composed songs that marked us, which express in successful and innovative ways things that are very difficult to evidence otherwise. Even today, there is no campfire where you can't sing, accompanied by guitar and other instruments, the  hits  of Sui Generis. Young people and adults move equally by listening to the magnificence, accuracy and beauty of Serú Girán's albums. “Modern Clicks”, already in Charly's solo career, should be one of the best albums in the whole history of rock. In short, both the most controversial themes of national rock, as well as the most exciting ones, are written by García.

However, his most discussed occurrence was to have recorded his own version of the  Argentine National Anthem  back in 1990, which is included in the album  Cheap philosophy and rubber shoes . Yes, sometimes even more argued than the time he threw himself from the ninth floor of his Mendoza hotel room into the pool just because he saw he could. Or more than that interview with journalist Jorge Lanata in which he accuses him of copying himself, to which the musician responds - without hairs on the tongue - treating him as a boludo.

As for his version of our hymn,  Charly  thought it as a tribute. His intention with the reversal of the anthem was clear: to remake a bad memory, change the sensation related to the military that caused the anthem, after so much time of civic-military dictatorship and compulsory military service. It was time to approach nationalism in another way, to modify the scene that comes to mind when listening to the homeland song. After all, Charly had already made several songs related to our nation, such as “Don't cry for me Argentina”.

The center of controversy

However, many took it as an offense. Two private citizens even filed their demands. The first was Horacio Hidalgo, in 1990, who accused the musician of committing an “outrage” against the homeland  symbol  , saw it as a dishonor. The one that followed him was Noel Maas, in 1999, who claimed that FM Vox not broadcast the rocking version of the homeland piece at the time when all the radios pass the anthem, with the excuse that it was not the official version, which indicates decree 10.302, of 1944. Of course Charly hoped there would be some resistance, some controversy over the publication of his version, but the conflict was reduced to two or three annoying listeners  versus  the millions we enjoyed that way of playing the anthem. In both cases, the lawsuits, of course, were dismissed. By 2000, the situation was already clarified and there was express authorization for radios to broadcast Charly's version without opposition. Despite having been out 30 years ago, Charly's anthem inaugurates our days every midnight on several of the national stations.

Anyway, Charly took a patriotic symbol and made of it with her art, the same thing she has been doing for decades with everything she touches. Charly gave national music the virtue of interrelating between different genres without fear; he managed to be transgressor in his lyrics without being censored; contestatory, but first musician. Although, even today, many can't see it.