Home Argentine Music Have you tried the alfajores of the dry pampa yet?

These alfajores don't eat, they're heard. Los Alfajores de la Pampa Seca is a mythical rock band from Mendoza that has been a career for over 30 years. 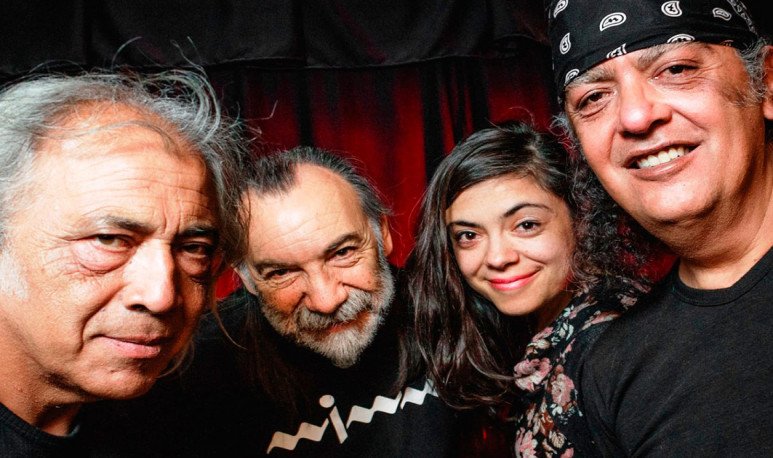 It is a band that, by trajectory and quality, still has in the column of the “must” the fact of being a little more recognized nationally.   Sergio Bonelli, on guitar and vocals; Paula Casciani, on bass and choirs; Roberto Fiat, on guitar; and Carlos Casciani, on drums, have released 5 albums in their more than 30 years of career.   The Alfajores de la Pampa Seca are a march of rock from Mendoza.

They were formed at the end of 1989, in the province of Mendoza and   from the beginning they achieved good repercussions from their live performances   . In 1991 they won the Diario Los Andes Award, as the best band in the category Contemporary Music. The following year, they performed 100 live performances and   performed with Juan Carlos Baglietto.   In 1993 they recorded their first record work, entitled   The garage band   (edited on cassette and then republished on CD).

In September 1996 they managed to land in Buenos Aires, with various performances in Capital. And, for the summer of 1997, they recorded their second record work in Guaymallén entitled   Jars with malvons   . In the   1998 traveled to Chile to participate in a Festival in Santiago   , and later shared the stage with Memphis at Teatro Independencia (Mendoza's most important hall) and Los Ratones Paranoicos.

In 1999, after a tour of Buenos Aires and Chile, they celebrated their tenth anniversary again at the Teatro Independencia with the participation of Pappo, where they began recording their third album, released in 2000.   In 2001, Los Alfajores participated in the festivals Syndrome de Rock and Vintage Rock, along with other bands from Mendoza.

The band took a break in 2002 and, after five years of absence, in 2007 they reappeared and participated in the MendoRock (Mendoza rock festival). In 2009, the group celebrated its twenty years of existence with the publication of a live recorded DVD, entitled   20 years... it's already something!

Currently,   Los Alfajores, after editing their new work, For one goal   , is performing broadcasting shows and presenting new arrangements for his legendary songs.

“It's just that, in 1989, when we started, there was a general idea in the bands to put some glamour on the bands with English terms: it was like it looked good.”   . The Alfajores did the opposite and condemned themselves to ask them the same question in every interview.