Born in Santa Fe, Chico Novarro developed a prolific artistic career in Buenos Aires. He is responsible for unforgettable songs. 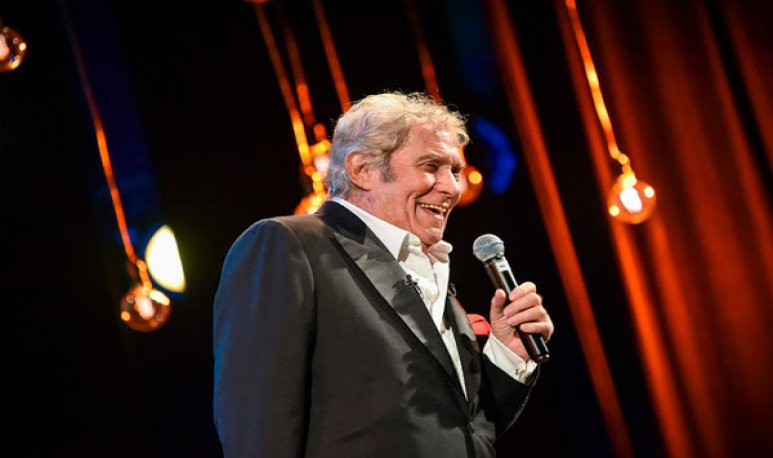 Bernardo Mitnik was born on September 4, 1933, within a family of  immigrants who arrived in Santa Fe , Argentina, in 1923, from  Ukraine  and Romania. He was the youngest of the five children of the marriage. Don Albert was a traveling shoemaker and toured the villages near the provincial capital. Because Bernardo  suffered from asthma and Santa Fe's climate did not help him improve , they settled in Cordoba. In the town of Deán Funes, in addition to promoting the climate to Bernardo's health, a shoemaker was needed. In this way, always touring different towns, Albert accompanied his craft with songs he took from the tanguera magazine  El Alma que Canta . He also had a large collection of albums by Carlos Gardel, Rosita Quiroga and Francisco Canaro in his home, which influenced his children's vocation for singing. They used to sing tangos as a family. Mrs. Mitnik also sang songs at home in Idish.

At the age of fourteen, Bernardo  began singing with a typical orchestra and making a living with music , but his admiration for the great drummer Gene Krupa took him to the world of  jazzy , joining the Blue Star Jazzy group as drummer.

Following his father's wishes, he studied at the Comercial School, but, defined his predilection for music,  he decided to settle in Buenos Aires  to develop in it. An interesting contract at first, but which failed later, kept him as a  bongo, drummer and double bass performer . It was after several years that he managed to settle definitively in the Federal Capital.

The origin of an icon

His  stage name : Chico Novarro, with which the general public is made known.It emerged  when the duo “Los Novarro” formed with Raúl Boné , who was very tall and took the pseudonym Largo Novarro for himself.

His performance was highlighted in the various  genres in vogue at the time, such as bolero, rock, cumbia and pop . He was taken to be hired by the label RCA Victor  to join the most successful television show , which launched his artists to fame:  El Club del Clan.Surrounded by great figures including Palito Ortega, Johnny Tedesco, Violeta Rivas and Raúl Lavié , Chico Novarro (already established in his pseudonym) began to compose and sing his author's songs, many of which have become very popular melodies that follow being played today. We highlight: “El Orangután”, “The Chameleon”, “A Straw  Hat  ”.

He later composed and recorded tangos . Not in quantity, but they were resounding successes. He also composed songs with other authors such as Eladia Blazquez, Héctor Stamponi, Rubén Juarez, Amanda Mandy Velazco.  Among the very widespread boleros of his creation , they are often heard performed by important singers “Something with you”, “ Un sabado más”, “Count me”. But what became a national rock hit was  “Carta de un León to another”,  in the voice of Juan Carlos Baglietto.

Chico Novarro's fame led him to be  summoned to perform in films , filming:  The Clan Club, The Persecutor, Born to Sing, Summer Night Trip, Hotel Lodging, This is Joy!, Car Bed Accommodation, The gentlemen of the round bed, Vampires prefer them chubby, So there is no bed that will endure  and  Love less thought out  .

In theatre she performed in  Buenas noches Buenos Aires  and  on television she also had her performance,  in series such as  El Clan Club, El Departamento, Casos y cosas de la casa  and  El sodero de mi vida  .

The recognition of his career is reflected in two diplomas of merit of the  Konex Awards , as a melodic author/composer in 1985 and as an author/composer of pop/ballad in 1995. The Buenos Aires Legislature also distinguished him with a unanimous vote, as an  Illustrious Citizen of the city of Buenos Aires.

In his brand-new 87 years, Chico Novarro is a appreciated and respected  figure  in the musical and artistic environment, who  responds with vitality and enthusiasm to interviews  with who are invited to share so much creation and experience lived.