The list is long and choose only a few, impossible. To begin, we leave you these 6 great voices of Argentine folklore. 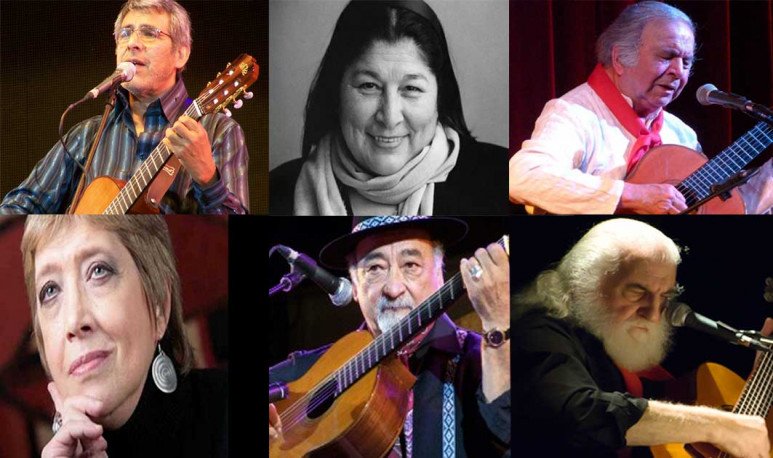 The list is long and choose only a few, impossible. To begin, we leave you these 6 great voices of Argentine  folklore  .

On July 9, 1935, one of the voices that have touched Argentines throughout the years was born in  Tucumán  :  Mercedes Sosa . The voice of La Negra was not only a prodigy and a pride of folklore: it was a song of struggle, dignity, strength. His songs gave word to the native peoples, gave women a space, dignified the workers and appreciated the simplicity of a child. His voice generated a collective cry for justice and freedom, which is still heard today. His music will always continue to play in the hearts of all Argentines. It is undoubtedly one of the great voices of Argentine folklore.

Omar Moreno Palacios was born in  Chascomús , Buenos Aires, on September 5, 1938. There, between stove and by inheritance, he learned to sing and tell stories, some cheerful, others not so much, showing the poet's ability to reflect landscapes and emotions. He began his professional career in November 1956. He shared the stage with artists such as Grupo Vocal Argentino, Raúl Barboza, Amelita Baltar and los  Chalchaleros . In the 90s he performed in Paris,  France , with great public recognition. Today, at his 80's, he continues to delight us with a folklore that represents his beloved province of Buenos Aires like no other.

Cantor, guitarist, violinist and composer,  Peteco  debuted professionally in 1974 with “Santiago Trío”, with whom he recorded his first record material. The following year he joined the historic family group " Los Carabajal ”. “Like birds in the air”, “Perfume de carnival”, “La estrella azul”, “I say the mazamorra”, “Puente Carretero”, “My grandmother danced la zamba”, to name just a few, are works that have toured the world and are already part of the cultural heritage of the Argentine people.

Teresa Parodi  is one of those artists who, using our beloved folklore as a tool, carries in her song the truths of a whole village. Few voices have their power and tenderness at the same time, made available to the cause of the humble, but without abandoning optimism, which is what keeps us walking.

Argentino Luna  or Gaucho de Maradiaga was a countryman who filled our land with unforgettable songs. He was born in General Madariaga (Buenos Aires), a land that always brought well to his heart and where he began his romance with guitar. From there he left for Buenos Aires, where he would adopt the town of  Quilmes  as his second home. Then, he also crossed the borders: Uruguay, Paraguay,  Brazil , Costa Rica, Panama, The United States  and even  Japan  . He left us a songbook of more than 300 pieces of his authorship, contained in just under 50 albums. It was another of the great voices of Argentine folklore.

Campero chronicler and incurable poet, José Larralde made his art song. The reflexive voice that revolutionized the Creole repertoire. The voice of the singing surero peeked into the world on October 22, 1937. And since then, the pampa would become poetry. Often destiny is that of José Larralde... or the chango of Huanguelén, so baptized by Jorge Cafrune, admired artist who sounded and sounded in his neighbor's home, Don José Dip.