Adriana Mariño, a close friend of the popular cumbia singer, lives in Mendoza and told things no one knew about Gilda. 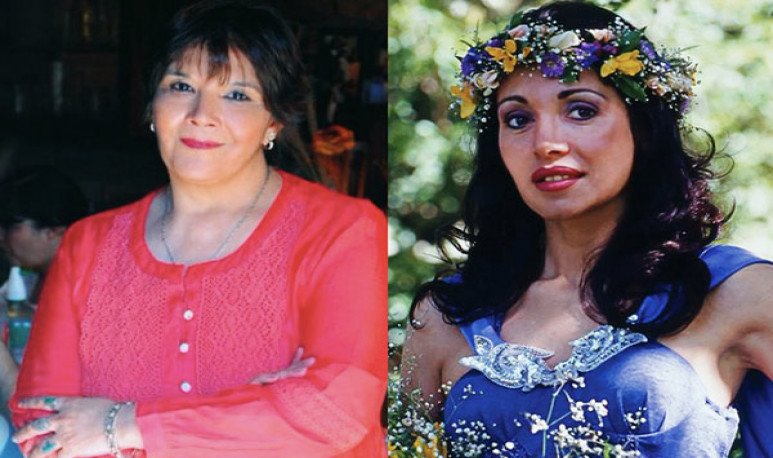 On  Sunday, October 11,  Gilda  would have turned 59 . The singer and star of Argentine tropical music is still in the heart of the fans and current in the genre. That is why, in tribute to a new anniversary of her birth,  the Imperial Theatre gave a special talk with Adriana Mariño, a close friend of the singer, who died in an accident in 1996  and turned into a myth. It was through his official  Instagram account.

“Shyll was an idealist,” says Adriana Mariño, the close friend of childhood and adolescence, about Míriam Alejandra Bianchi, popularly known as “Gilda.”

Adriana Mariño has lived in Mendoza for years and it was in this province that Miriam, already turned into Gilda, asked the public of Mendoza on television, on one of her tours in the province, to help her find her friend.

“We separated because my father was sent to work in  Catamarca , although we wrote letters and called each other, she moved home too and we lost contact for a few years.  That message she gave on television was seen by my father-in-law and immediately told me to turn on the TV and then I recognized her, I went out to cry, but we quickly arranged everything and I went to the hotel to meet her again.”

From that reunion, on every visit to Mendoza, Gilda stayed to sleep at Adriana's house and nights were getting early remembering anecdotes.

“I met Shyll when I was 9 and she was 11, the first time I saw her playing on the staircase that had the building in Villa Lugano, where we came with my family to live . Together we grew up and became teenagers in a friendship that lives until today. Because I believe a lot in something that told me, that the body is only a glove that contains the soul, she was not afraid of death and, through her music, she continues to live in everyone who loves her,” says Adriana Mariño, one of the people who knew the most famous singer.

In addition,  the interview had a special musical moment, with the participation of maipucina singer Paula Luz, recognized for her   covers  of Gilda, and was part of the tribute to remind the singer that on Sunday she would have turned 59 years old.

Adriana Mariño and Gilda's friendship is not reflected in the film directed by Lorena Muñoz , where one can see part of the life story of Miriam Alejandra Bianchi and was part of the special guests to the premiere of the film in Buenos Aires. In this regard, Adriana said that “when I saw  Natalia characterized , I seemed to see Gilda”.

“ Everyone thought they were friends with her, but she wasn't friends with everyone. That is why there are few friends left,” admits Adriana . He also commented on a very special anecdote about his relationship with people: “When he was here in Mendoza, we went to a supermarket, because he was coming on Children's Day. We went shopping.  At one point, she was looking at things in the gondolas. A lady comes up to her and says, “Are you the one who was at the Videla Music Show last night?'. She was with a tail, with her hair tied up and said, 'No, ma'am, everyone confuses me, but no. I don't know who that girl is. It's happened to me twice that I've been confused. '”

We remember Gilda, at her birth