Jazz may not be the most popular music in Argentina, but it has a lot of fans and other outstanding musicians worldwide. 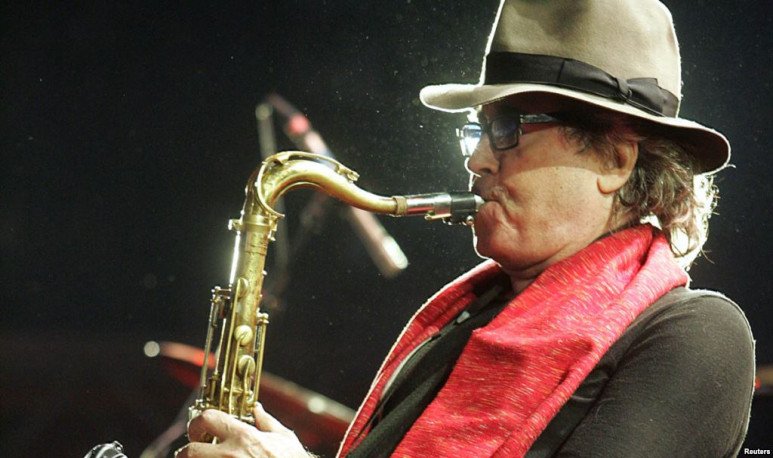 Maybe  jazz  is not the most popular music in Argentina. However, it is enough to take a walk or take a tour of the bars of  San Telmo  to discover that there is a night scene dedicated to jazzy cantobars. Many bands are only musical, without singing, and others exhibit voices that delight us with pieces in several languages. Jazzy has pierced the American slums scene to become an international genre, and here, Argentina, is no exception. Its influence is noticeable even in the Latin American genres that were born later, such as the Brazilian  bossanova  , and, why not, Buenos Aires tango. The thing is that here in South America, and especially in our country, jazz is not without a lot of devotees, followers, fans, or casual jazzy consumers. Our country has been able to produce musicians, specialized in this musical genre, outstanding worldwide. The most recognized perhaps was Cat Barbieri.

A little about the cat

Leonardo Gato Barbieri was born on November 28, 1932 in  Rosario , Santa Fe. He was, then, rosarino, and of course, a fan of Newell's, he started to venture into jazzy performance at the age of 12 and never stopped. El Gato spent his adolescence in Buenos Aires and it was there that he found his true love: the saxophone, especially the tenor. It was not long for him to begin to enbellish hundreds of spectators with his heartbreaking, long and painful notes, which seemed to channel that spirit of melancholy so Buenos Aires in its most elegant jazzera version. He was a saxophonist of those who play like a dream.

Barbieri left our country as soon as he entered his  youth . First to Rome, then to New York. In the 1960s, he met Brazilian filmmaker Glauber Rocha. He gave him a new perspective on what Latin Americans could bring to jazz, of the social and political consciousness from which he could smear his music. So, with his confidence regained, he created a totally avant-garde sound. While it is true that the Cat never again resided in our country, we cannot say that his physical absence has affected his Argentine and Latin American essence: his music and spirit were strongly linked to popular struggles, his underdeveloped America.

A cat of the world

His biggest point of success, anyway, came from the hand of cinema. In 1972, Italian director Bernardo Bertoluccilo summoned him to compose the music of the film  Ultimo Tango in Paris , a work that earned him a Grammy Award and world recognition, beyond the realm of jazzy. That was a very important breakpoint in his career that also managed to make visible all the avant-garde work he had accomplished before, while putting it on the map of international celebrity.

Although, as we said, he did not live in Argentina again, he did return to play. It was on November 8, 1991, at the Gran Rex, mythical theater on Corrientes Street. For whoever wants to look for it, there is the recording of that unique night. We find it under the title: “Gato Barbieri en vivo en Argentina” (1991), from the Rosarino label BlueArt.

Gato Barbieri died at the age of 83 in New York, the city where he lived his last four decades. Not only was it the scene of his final days, but he also played regularly at the legendary  Blue Note  club in the Big Apple. Yet its roots, ideals and history will forever be linked to the land that saw it born. Despite his death, the music of the Cat continues to move listeners today. After all, as he himself wrote: