Home Argentine Music From the creators of the drive-in cinema, the autobaile arrives

With quarantine and in the midst of the global pandemic, the transformation of traditions is coming. First we trade the cinema for the drive-in... and now the dance for self-dancing? 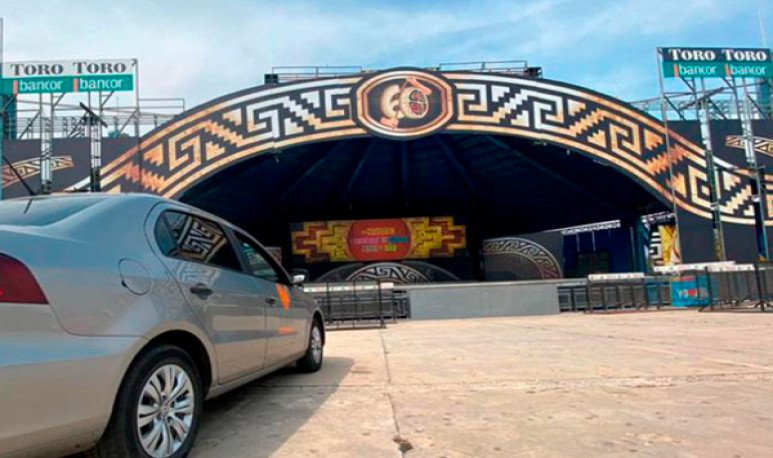 We need to adapt to survive one of the most devastating pandemics worldwide.  In the midst of an increasingly extensive quarantine, we managed  to connect with our creativity and find them a return to all events.  We have already activated  the drive-in, parties by Zoom and classes through different platforms.  The different  editions of festivals , such as  Cosquín Rock, or the performances of many artists  were transformed by the prism of the virtual. We all develop media such as  streaming, instagram live  and many ways  to express ourselves culturally.

In Córdoba, the birthplace of the quartet ,  we gave the quarteter events a twist  to continue enjoying the vibe of the tunga tunga.  However, there is something left to change: dancing. While we live the s streaming  of Pepa Brizuela, the miniseries of Los Caligaris, the living of La Mona and more...  we are missing something.  That is dance,  the quintessential ritual of every Cordovan , the sacred event by which one becomes more Cordovan than ever.  The Cordovan musical art world  is, like most of the cultural sector, in a very difficult situation and with a  lot of  nostalgia for dances .  Sergeant Cabral, ancestral temple, closed its doors. Many more places look forward to inviting, again, all Cordobeses to dance.

Get in my car

But nobody surrenders here: except if it is a question of celebrating.  In the midst of this context of uncertainty,  a very particular proposal arises.  The self-dancing... will it work? It is the project of the  “Cosquín Cuarteto”  that aims to hold a mega festival in November with different bands.In principle it is proposed as a  virtual recital via streaming,  like the ones we have been living.  It will be broadcast from Plaza Prospero Molina throughout the country . But there is a surprise factor: the organizers intend  to get the COE's qualification to do a “self-dance”.

The COE still does not confirm the authorization, but it is estimated that the square  could hold a capacity of between 150 and 200 cars.  The number of people within each mobile depends on the regulation of  the health authorities.  Within the property, it will not be possible to move between vehicles, and  alcoholic beverages will not be sold.  In addition, the food and drink service will be provided  through WhatsApp  and delivered by waiters. In order to go to the bathrooms, assistance will have to be requested, and each person will be accompanied to the door to prevent undue movement or obstructing the view of other cars.  With all these protocols strictly complied with, nothing could go wrong.  Is it going to work?

Since the organization of the event warned that, as long as the province does not authorize interdepartmental displacements,  the show will be destined to the local public of Cosquín.  However, it is still a good idea to activate interdepartmental corridors, even if only for this event. Since  this Cordovan area depends economically on  its  cultural traditions such as Cosquín Rock, Folklore and more events that this year could not be held.

Although  the grid of the festival has not yet been confirmed,  the Cosquín Cuarteto would have the presence of the  most prominent artists  such as  “La Mona” Jimenez and Damián Córdoba  , who can not miss. Along with many other  references of the move of the tunga tunga  that are going on to this festival to give rise to the world pandemic. Different categories of virtual tickets will be available for the Cosquín Quartet. Some have access to artists' dressing rooms, and behind-the-scenes record, or with interviews with artists,  among other benefits.