Home Argentine Music From Baroque to the children of the world

From Baroque to the children of the world

Pro Music is a rosarino ensemble of great quality. From running old music, they went on to specialize in children's repertoire. 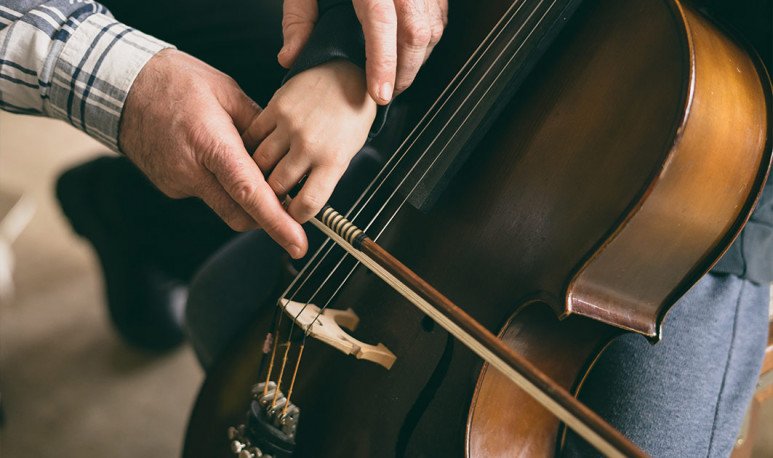 Who doesn't know the song of  Mambru, the one who went to war ? Surely everyone, but not everyone is waiting to hear it accompanied by instruments such as chromorns,  punches, cornettos, rackets  and keys, assembled with sweet flutes, guitars, violins, charangos, violas da gamba that sound to the rhythm of redoubles and bongós. Learn about the story of Pro Música, a rosarino group that,  from making baroque songs, became a reference in music for children .

In the 1960s, a group of singers from the Polyphonic Choir of Rosario and under the direction of its same director, Cristian Hernández Larguía, met on the initiative of Rosario, to  form a group dedicated to ancient music , with the name of Pro ensemble Music by Rosario.

Works from the Renaissance, Baroque (including American) periods are performed by  exquisite voices of choreuts who , alternating with singing  , also perform the traditional instruments of the orchestra and replicas of the ancient ones that correspond to the time of the repertoire. All this produces a  new appeal  for music lovers and thus opens up stages from all over the country and abroad for the group. Several are the  prizes  he is awarded, such as the Guido D'Arezzo Polyphonic Competition in Arezzo, Italy; Isaías Perelman Culture Award; Santa Clara de Aías Asos;  Konex Award;  and Konex Platinum Award, among others.

In 1969, and in order to make  an effective contribution to children's music education  , the group Pro  Music for Children of Rosario was formed with members of the original Pro Música  . The chosen repertoire is made up of  can  c  ioneros  from different eras and recognized authors not only Argentineans and is accompanied by the same ancient instruments mentioned above.

The  great success achieved by this production  leads the group to provide didactic-musical shows, which are very welcome in many stages. Especially in Cultural Centres in Argentina, Brazil, Mexico, Chile, Peru, Uruguay and Spain. Both audiences and  critics on the subject praise the activity  and welcome its performances.

With the hand of Pro Music for children, children's rounds, songs for the little ones and a wide international songbook, today they continue to sound and make themselves known, in the privileged voices of its members who, through their explanations, put the children's audience in contact with the instruments (or their replicas), which are not common to find in other musical groups. They thus testify that in the years they have been in this action not only have not lost  popularity , but  they have maintained the excellence  that always characterized them.

In search of a sound identity

Melodies in the city

The shows are back!

What is a correntino doing among 5 Tibetans?

Holidays return on Saturdays in Mendoza

The dream of honoring Piazzolla