The young singer-songwriter from Mendoza will perform at the legendary Teatro Pulgarcito with her new album, “Cruda”. I knew his career. 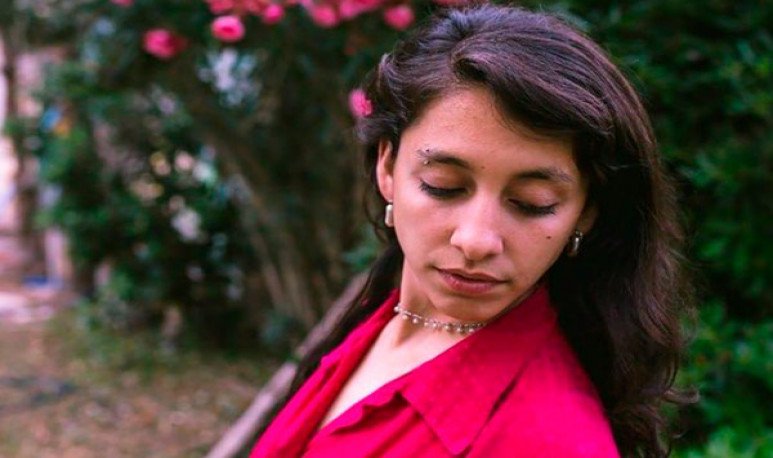 Francisca Figueroa is one of many examples that show that in a short time a lot can be done.  He has blown, only, 23 little little wares, but works in and with music for more than 10 years. She is a vocalist and composer on projects such as   Spaghetti Western  and Wachas Negras. And from the age of 11 he is close to folk and Latin American music, choosing its roots over the new and typical musical tastes of today's young people.  Thus, she was formed in guitar and singing, becoming an outstanding vocalist.   Francisca risked and bet on  folk root songs. With urban nuances, mixing rhythms and songs marked by other generations. To that he added an inspiration in his ancestors who make his work a unique piece.

However, as for his instruments, guitar was not the only thing.  As a child, she studied piano with a teacher. However, he was grabbing the guitar little by little and learning in a self-taught way . He always accompanied with his voice, but decided to perfect himself. Thus, from the age of 19 he studied singing with Julieta Laparra and is currently a teacher in this discipline. She has become a scholar of this branch, since she has been part of the  Choir of the City of Mendoza , and integrated the Uruguayan style murga, “La Psicoria”.

As a composer,  she began to make her own songs at age 16 . In 2013 she was recognized with the “My first song” award. Then, he would join the outstanding band Spaghetti Western, with which he has climbed to prominent provincial and national stages. While, with Wachas Negras, a group of which it is also part, has been the opening of Eruca Sativa and Mexican women The Warning on the Trio Tour 2019.  In 2020 they participated in the virtual Mendo Rock and performed in bars of our beautiful mountain Mendoza.   Finally, as a soloist he has participated in the closing concert of the 2017 cycle of the Symphony of the UNCuyo, Electrosymphonic 02, with DJ Mariano Trocca.

Francisca herself has described her  new album  as a solo material, with dragged songs.  Talk about the rawness of recognizing yourself as everyone is, and accepting oneself.   Also, the rawness of reality we managed to see, the raw sound of a guitar and a voice. Everything that is presented in raw, without modification.  But it also speaks of indigestible raw food, of looking for the rawness that is sometimes revealing and shocking. Thus, the young woman manage to declare her an artist with herself.

While Francisca's footage can be enjoyed on YouTube and other networks, it will have its featured presentation on February 25. As part of the cycle Modo Mendoza and Modo Verano, the young woman will be playing at the Teatro Pulgarcito, in  Parque General San Martín . There he will offer “Cruda”, his new album, from 20 hs on Thursday 25 February. It should be noted that the Teatro Pulgarcito reopened its doors in the last time, as another stage for the different cultural expressions of Mendoza.