Four to the Hilo: rocanrolazos!

This cordovan band gives you the best rocanrols, to move the body, streamline the mind and brighten the soul. They're Cuatro al Hilo and make rock-rockers. 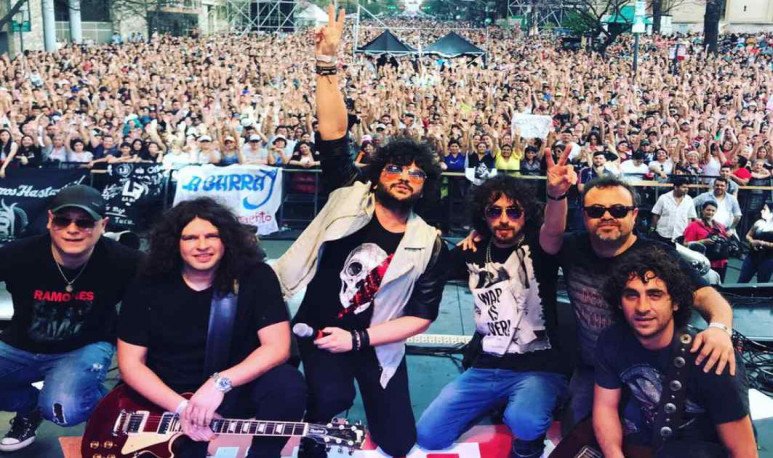 This band  is  a classic.  From their birth to the present time they are recognized in the world of  Cordovan rock  , and in 2003, they made their first rehearsals. A year later they decided to debut as a band. They consolidated as a group  with 10 songs in their musical repertoire.  A name identifies them: Four to the Thread.

Los Cuatro al Hilo were born with the aim of  honoring  the  great national rock bands  . It is a  very argento group,  which worships  Argentine rock rocanrol.  So they produce covers of the great  artists of our territory.

On stage and off stage, they  unsew it.  Since its inception they were well received by  the Cordovan audience  , and in 2004 they recorded their first album and performed it on “Carreras”. So, they became acquaintances. They had the opportunity to sign a contract with Quilmes  to make a tour throughout the national territory.  The dream of the kids. Four al Hilo packed his instruments and started a trip. Buenos Aires, Mendoza, Entre Rios, Jujuy, Tucuman, Santiago del Estero, San Luis, Chaco, Catamarca and Santa Fe delighted with their hits.

So, they came to the big big stage:  Cosquín Rock . The biggest rock event, which is Argentinean and Cordovan, would be the first time, of many. Since this festival didn't stop calling them. In 2010 they released their second album.  Deployment began . Radios, bowliches, events, festivals and different artists asked Cuatro al Hilo to play some songs. These Cordobeses  played for all or  the world : Chile, Bolivia and Mexico listened to them.

Today they have  7 discs in their production.  And they shared the stage with thousands of artists. Even with the Guns N' Roses! We Cordobses follow them everywhere. Four to the Hilo, on stage,  is all that's okay.