Home Argentine Music For the first time, a reggaeton in the Harvest

Phamali is a young artist from Mendoza who, 10 years ago, left everything to devote himself to reggaeton. This year he will have his baptism in the Harvest. 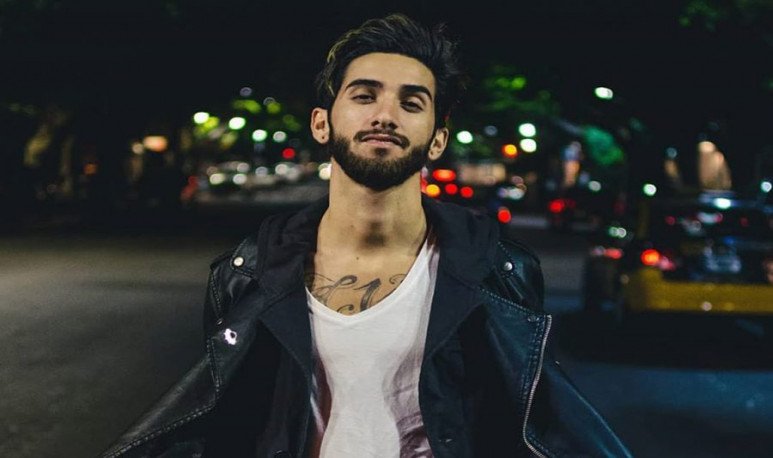 The  National Harvest Festival  2020 will break with all the schemes. One of his paintings will be based on Mendoza music.  But not in folklore, not in rock. The reggaeton will rumble in the stands of the Greek theater Frank Romero Day,  at least for a handful of minutes, which lasts the participation of local artist  Phamali  .

He is a young man who does not reach the age of 30, but he already has the clear things in his life: to  devote himself to what he is passionate about. Ten years ago he decided to aim his efforts at his career as a reggaetonero  and, little by little, he is achieving it. You already have three video clips on YouTube with thousands of views and comments. It is that,  in times where the “cumbia cheta” gained ground, he was faithful to his tastes  and ideals.

“I've been with music for 10 years.  I started with rap and then went to reggaeton with the theme “Loco”,  which is an awareness about 'if tomás, don't manoes'.  Then doors were opened to record a  video in Brazil . That's where I met the actress from that video and I married her, whom we're expecting a son. That brought new projects.”

The director of the Harvest , Swallow Ruiz, had watched Phamali's video of the song “Loco”.  He liked the way he worked.  It was over a year and a half ago that Swolondrina had the opportunity to perform for the Harvest competition and asked Phamali to compose a song about the  Cordillera . He agreed. And the  important thing is that it will be part of the script of the show and will not be one of the artists of the previa or the repetitions . This fact is remarkable since, for the first time, reggaeton will be presented at the Harvest on  a par with popular songs such as the Virgen de la Carrodilla or folk genres such as malambo.

“We had some rehearsals and will continue until the day of the holiday.  It's going to be live music and it's quite a challenge. Reggaeton is known more for being studio, electronic, and now we're going to introduce it with the symphony and that's hard.  But it's terrible what it feels like to be there with those tremendous musicians.”

“The Cordillera is very significant within what is the  Harvest  and Mendoza,” confesses Phamali, who adds a small anecdote that portrays his feelings: “The truth is, when Swallow me asked for a topic about the Cordillera, I started looking for motivation to talk about it and went to a memory.  One day he was driving with a friend who had come from Buenos Aires and, when he was facing the mountains, he started to cry, saying that we didn't realize what the Cordillera is, and there I started seeing it differently.  Then I was living in Brazil for a while and I missed her. Because we value the beach, that is, what we don't have.”

Phamali will perform on Saturday night March 7, but  will also be part of the two nights of  repetitions .  The song he composed about the Cordillera is actually called “Rendido a su pies” and has its own video clip: “It was a day of filming in  Potrerillos because it brings together a bit of everything, mountain and vineyards  .”