Home Argentine Music For each other

There are those who think that being “for each other” doesn't exist, but it doesn't. Example: Hannibal Troilo, and the bandoneon. 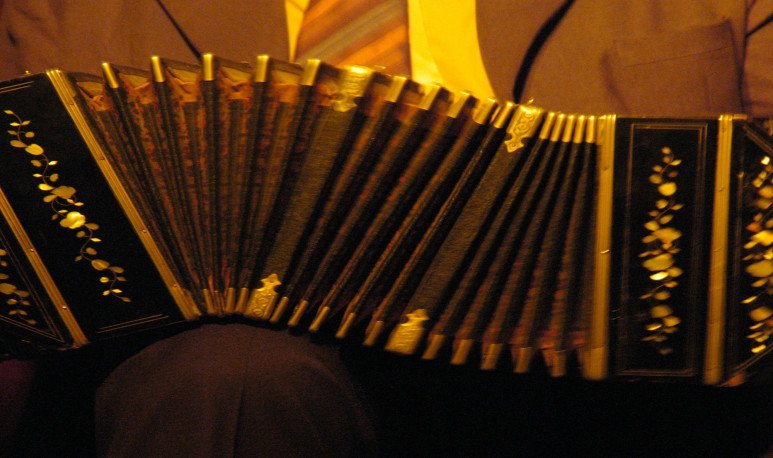 There are those who think that being “for each other” doesn't exist. But sometimes it happens, and not only between two people, or in an interpersonal relationship. I don't think we're wrong to say that  Hannibal Troilo , for example, was predestined for  bandoneon . In fact, we know from his own mouth that he himself felt it from a very young man:

“ Before I put my bellows on my knees, I would put the pillow on my bed. Until one day we went to a picnic at what had been the old national racecourse. They had taken two bandoneonists and three guitars, and when they went to eat I went up a few steps, grabbed a   bandoneon   and put it on my knees. That was the first time. I would be nine years old.”

It was his first love, and it was love at first sight too. He was born on July 11, 1914, nothing less than in the heart of the Abasto neighborhood, and there he was raised throughout his childhood: in fact, until he was eight years old (coinciding with his father's sad death), he lived on Cabrera Street 2937, between Anchorena and Laprida. In this regard, we must not forget that the Argentine National Congress declared its birthday in 2005 as National Bandoneon Day (by law 26.035, in fact promulgated on 16 June). The thrusters of this law were Francisco Torné, grandson of Zita Troilo, and the poet Horacio Ferrer, friend of the musician and president of the National Academy of Tango.

De Troilo says that, from a very young age, every time he heard the bandoneon in one of the bars in his neighborhood, he loved to stop and listen to it and feel his wonderful tone, so porteña and expressive. When he turned ten years of age, it is said that he did not want a ball, like any other child his age: instead he wanted a bandoneon. His mother, who had already become a widow and therefore had to take care of the Troilo brothers on her own, finally agreed. He bought it at 140 pesos then, to be paid in 14 installments of 10 pesos. For those coincidences of life, as if the seller knew who the little Troilo would become, after the fourth installment disappeared and never claimed the rest.

With that bandoneon, Pichuco played most of his life.

When he was 11 years old, Troilo played his emblematic bandoneon for the first time before the audience of a bar near the then  Mercado del Abasto  (which had a very different atmosphere from the present day as far as he was of being the  shopping  that is today). The streets of our city never stopped inspiring him. In fact, it is said that he said:

It is that Aníbal Troilo is truly an emblem of the city of  Buenos Aires  as much as it is of its instrument. Today, there is even a street that bears his name, between Avenida Corrientes and Sarmiento, one of the diagonals that cross there. From the late 30s to the 80s in Maipú 359, the former cabaret Marabú ran, where Pichuco performed repeatedly: today, it is no longer the same place it was once, but it retains its spirit because it is a tango ballroom (among other rhythms). It is even possible to visit his tomb in the Chacarita Cemetery, where there is erect in his honor a monument that represents him - could not be otherwise - playing the bandoneon.