The members of Fipolar are from Puerto Madryn and Mar del Plata, and they met in La Plata, where they started this musical project. 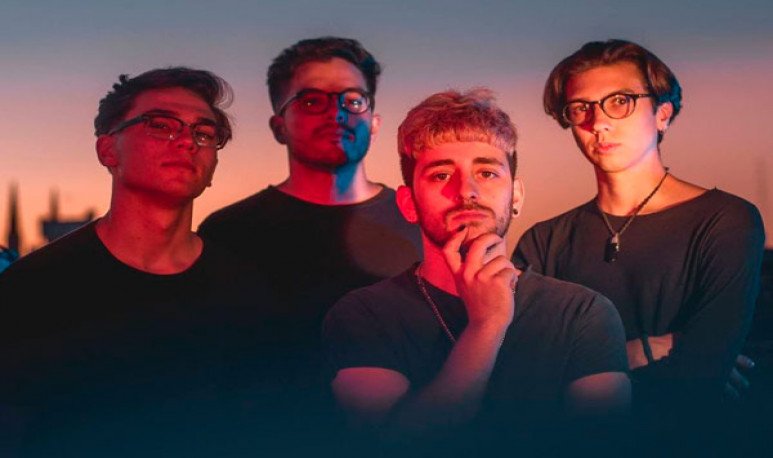 Many times young people from  Patagonia migrate from their villages to continue university studies or learn new horizons: Fipolar is a half Madrynense band and half  Marplatan  born in  La Plata   ,   province of Buenos Aires  . They are joined by a passion for music, a fire on the shores of freedom and vastness of the sea: a nod to the title of his first album   Infimo e Immenso  ? It could be.

The band was formed in 2016  in the city of diagonals, at the beginning of the music career at the Faculty of Fine Arts of UNLP, but the group formed by Rodwin Boonstra (bass and vocals), Lucas Soldavila (guitar and vocals), Joaquin Horacio Perez (drums) and Aled Boonstra (synthesizers and voices) already goes beyond the university: creating in each show different scenarios that take elements from genres such as progressive rock, psychedelic, disco and soul.  The live shows are shown as a progressive show, without pauses between themes, and with an articulated conformation between dances and non-linear structures with an eclectic sound . And, from the organizational and management shadows, Ignacio Besson.

The band has two EPs released : the one already mentioned, in 2019, co-produced by Gastón Le of the band Un Planeta; in full quarantine saw the light of the single “Afuera” and recently presented " Assumption of a reality “, produced entirely by the band, demonstrating that, outside the centrality of the big cities, there are professionalized works with great repercussions on the local scene.

During holidays, Fipolar takes advantage of visiting the native cities: for years there have been tours on the Chubutan coast , in  Puerto Madryn  and also in Puerto Pirámides , by the hand of Ignacio Besson's management, madrynense too. The visibility of the urban musical plot also goes hand in hand with his academic education, which inevitably gets into the band, but is not governed by that.  The spaces where they participate with their music are mostly self-management , cooperative, places and cultural centers that promote territorial culture as a tool for social and cultural transformation.

In the words of his members, his latest work “constitutes a journey of multiple interpretations and readings, in which things are not defined in themselves but can be read as assumptions or realities”. The Fipolar experience, whether face-to-face or virtualized, gives a friendly environment with label doubts, with fluctuations, with instrumental dilations climates and introspective travel.

But, if we talk about labels, one of the biggest references of the Fipolar, say the members, is the band -also of La Plata- Peces Rare. Its similarity is the deconstruction of rock to a more electronic, more pop side: a readaptation of the genre to the current times, with remix of other underground artists Varese, Aquática and Pedro Baeck and feat with Maria Pien, Percii and Carmen Sánchez Viamonte, is a kind of musical and conceptual brotherhood.

Fipolar shows youthful skill, professionalization of the self-managing and underground scene  on a winding path and need to be located in a (always hit) cultural sector that saw in quarantine a way to keep coming: through the launch of his latest work, as in events by streaming or collaborative participation in social networks with your listeners. The complicity always present. The Fipolar affirm and sentence in a few words, what the band means to them: it is “love and professionalism, an explosion of conceptual data. We love music, it is our core art and we consider ourselves art workers.”