Home Argentine Music Festival of the Harvest: in the theater and with luxury guest

The traditional Festival of the Harvest moves to the Teatro Independencia. This year, the philharmonic orchestra will have a luxury guest musician. 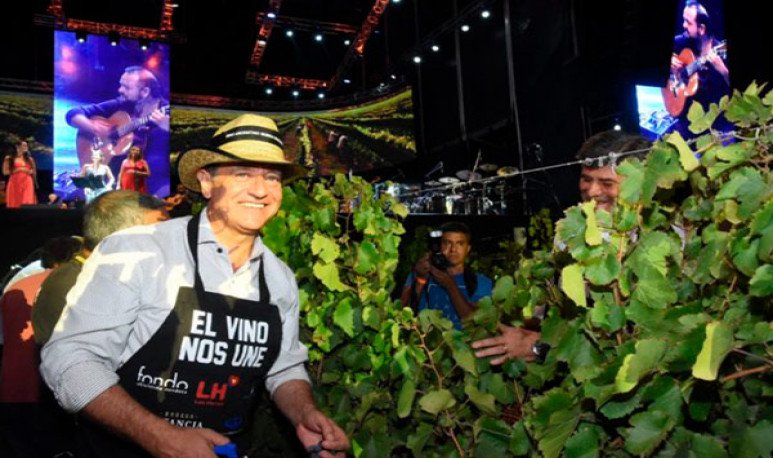 The Harvest Festival is another of the usual celebrations that revolve around Harvest in Mendoza. This is the recognition of the harvesters and, therefore, usually done in the vineyards that are planted in the gardens of the international airport, with the aim of promoting our winemaking to tourists.  The event usually takes tens of thousands of people, attracted by gastronomic courtyards, entertainment and musicians who usually arrive from different parts of the country, such as    Ricardo Mollo  or Andrés Ciro Martínez, among others. They display the best of their repertoire with the Mendoza Philharmonic Orchestra.

However, this year the scenario and location will change.  It's just that it makes no sense to occupy such a large site for a show that it won't be able to call even 10% of the public that they usually call. That is why the  Teatro Independencia  was chosen  to hold the event. The main hall of the Mendoza will be dressed as a gala on Thursday 4 March, two days before the broadcast of “Vintage Stories”, the film to be shown on March 6, as Central Act.

And when the lights are on,  the little audience attendees have occupied his armchair and the instruments are on stage,  Pedro Aznar , an old acquaintance of national rock, will be presented . has already been at the Harvest Festival of the previous year.

As every year, the Ministry of Culture and Tourism of Mendoza, the Municipality of Las Heras and Estancia Mendoza subscribe to the organization of the Harvest Festival. In its  20th edition , this year, the Fiesta proposes a concert in homage to the vineyards, and to the women and men who harvest mature bunches every year.

The concert will feature a grid of artists from different backgrounds, all united in a varied and exquisite repertoire.  First, a reduced formation of the Mendoza Philharmonic Orchestra (by health protocol) will delight those present with their own repertoire. Then, guest musicians will be passing the stage. In first instance, will the duo   Orozco-Barrientos  , old known Mendoza. Next to them will be Gabirel “Cocó” Orozco, from you point it to me. Then, a third part will have a group of musicians from the new Mendoza scene. It will be the turn of Javier “Pulpo” Montalto, Fran Figueroa (vocalist for Spaguetti Western) and Gabriela Fernández's folk root voice. This huge bet on local talent is completed by a trio of arrangers and composers: Polo Martí, Joaquín Guevara and Juan Emilio Cucchiarelli.

Finally, Pedro Aznar, in symphonic mode, will once again climb on the stage of the Festival of the Harvest, which he knows since 2015. This will continue to confirm the bond that unites it with wine, another of his great passions. It is worth remembering that the artist was part of the concert at the CCK “Las Voces del Vino”, organized by the Fund and the Vitivinícola Corporation in November 2019 regarding the celebration of National Drink Day.

Tickets for the Teatro Independencia will be drawn on the Fiesta de la Harvest networks. For those who wish to attend the simultaneous broadcast of the concert, La Enoteca will be the meeting point.   There, in addition, there will be tastings and gastronomic proposals.