Today is Jorge Fandermole, author of some of the most beautiful pieces by the Argentine popular songbook. 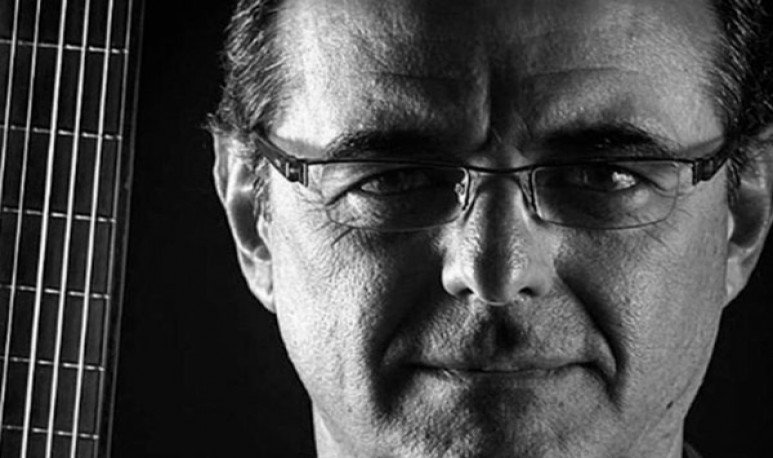 Few singer-songwriters manage to excite as Jorge Fandermole. As we already tell you in other notes of Ser Argentino, Jorge moved for a long time with works that were more famous on the lips of others, such as Baglietto or Silvina Garré. He had a hard time to “go out and show up” as a soloist . But, over time, he did it in such a way that he composed hymns by the Argentine popular songbook, as the moving " Prayer of the Retanso ”. Nice excuse, that of greeting for his birthday, to briefly review the career of one of the great artistic pride of the province of Santa Fe.

Fandermole was born in Pueblo Andino, Santa Fe province, on January 15, 1956.  Pueblo Andino is a faithful reflection of the typical Santafesino interior . It is close to a big city like Rosario, but it has the tranquility of nature, the river and the warmth of its people. Laburant people, fishermen and workers. That environment marked this artist to fire.

Jorge is a poet of great lyricism, in whom the force of nature is stamped as a tattoo. The world met him through those great interpreters of what was called the Trova Rosarina. This was an author's musical move, born in the late dictatorship and the principles of recovered democracy, which  exploded from the ever-strong Rosario . He then began his career as a performer first in groups. Then, as a very fertile soloist. Among many other things, Fandermole founded in 1988 the Rosario School of Musicians , an educational, creative and artistic production project based on popular musical expressions.  Already in the 90s, he was an official in the area of Rosarina culture.

The river, always the river

Memorable poems in unforgettable songs gives us Fandermole until today. It can be said that, with La Trova Rosarina, he reached the Rio de la Plata, descending through Paraná, a new form of poetry . Poetry that, by the hand of unknown authors and performers in Capital, seduced new audiences by the charm of a new way of saying things, with sounds children of folklore and rock.

Río Paraná which not only composes, as in its classic “Río Marrón” or the aforementioned “Prayer of the Remanso”, perhaps the most versioned theme of folklore in recent years , but also experience it from art and sport. From art he traveled in 2011 aboard the ship Paraguay to Asunción, following the route of Ulrico Schmidl (first chronicler of the Rio de la Plata in the 16th century) as part of the Paraná Ra'Angá expedition (meaning 'figure' or 'silhouette' in Guarani). Curious experience is in which Fandermole participated, composed of scientists and artists in the best humboldtian tradition of travel as an instrument of knowledge and collaboration between arts and sciences.

From sports, Jorge lives on the river as passionate about kayaking . He is usually found on journeys with his children through Paraná and Carcarañá. These are his times of enormous family satisfaction , between tours and presentations.

On his double album called Fander , Jorge rescues, on one of the CDs, old compositions that had only been recorded on vinyl.So, add new tracks to another album.In almost all of them  water, that element of life that makes up and nourishes us, is ubiquitous.

Santafesina water that runs through all corners of the province.Water flowing in lyrics and in the unparalleled melodies of Fandermole, a musician from the Paraná River.