Home Argentine Music False Cubana, a band with which the party is secured

Born in Chubut and based in Buenos Aires, the boys from Falsa Cubana take the party everywhere. 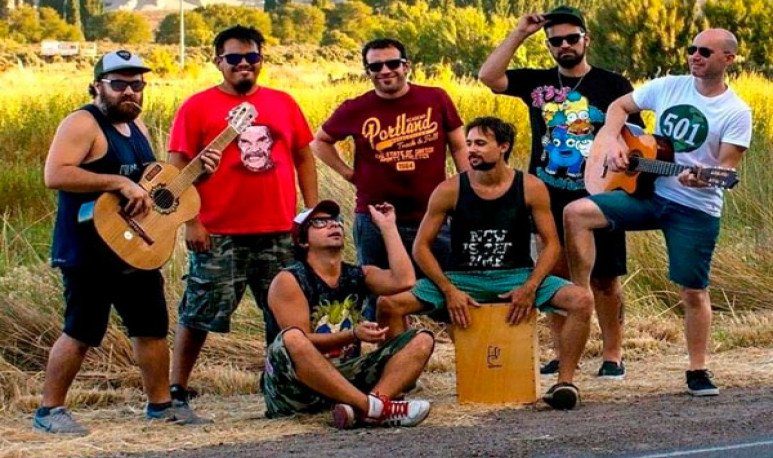 Children of Patagonian immensity, from  Trelew , but settled in Buenos Aires, Falsa Cubana is a band that ensures the public party.

The story tells that 2005 was when the  winds, the cold and the spirit of celebration brought together these  Patagonian  characters in Buenos Aires to integrate a band  in the that everyone could express themselves and bring joy to anyone who sought it.

And so they went through bars and stages, looking for a style that is their label. And so they were mixing rock, cumbia, reggae, ska and party with the premise of celebrating, a premise that is fulfilled every time they are presented. Whether in big stadiums or in improvised stages to support a fight.

In 2006, while alternating performances between Chubut and Buenos Aires, “Marlon Bransen” was released, the band's first record material, recorded “in a rustic and independent way” that ended up including 15 songs that began to sound in different parts of the country to begin converting in a cult band from the Patagonian lands and in a must for the Patagonian people who are out of payment.

In 2009, Pibe Salamandra, the second album of the band that began coping the stages of Gran Buenos Aires and Buenos Aires interior, would arrive in 2009. False Cubana, increasingly listened and settled did not stop breaking it on stage. The audience, always faithful and attentive to each of the presentations, coped in every presentation.

In 2011 it was time for the third record material with Picante, and in 2012 the band's party crossed the Atlantic and brought music to Europe.Paris, Bordeaux, Lyon, Marseille, Grenoble were some of the cities that saw reaching Falsa Cubana, which performed 17 shows in the old continent.

The band never stopped. When I wasn't running the party on some stage , I was editing the next album. And so came Bajo los Huesos, a work that does not break with the essence of the band and that added a very chubutense touch in the voice of a broadcaster simulating an edition of the “messages to the rural population” among the songs. A classic radio for communication between the inhabitants of the province prevented from exchanging messages by phone.

In 2017 he took production a level further and made a live production after the end of the year's recitals held in Buenos Aires and Trelew, which also had audiovisual records. A review of the entire discography of the band with stadiums full of people both in Capital Federal and in the south of the country, realizing that  they are local everywhere .

And as we said that when they are not kicking around the country carrying their music, they are working on something new, since 2019 they started with Ingenza, the new record material under the production of Maikel De Luna Campos, of Kapanga.

False Cubana assures the party, “carrying the union of rhythms as a flag,” they say. Mixing rock, cumbia, quartet, punk and reggae looking for genuine sound, making sure to dispense with labels to enjoy music.

The quartet museum is coming