After some streaming events and autosshows, the Estadio Obras made the recitals of Marcela Morelo and David Lebón in that format. 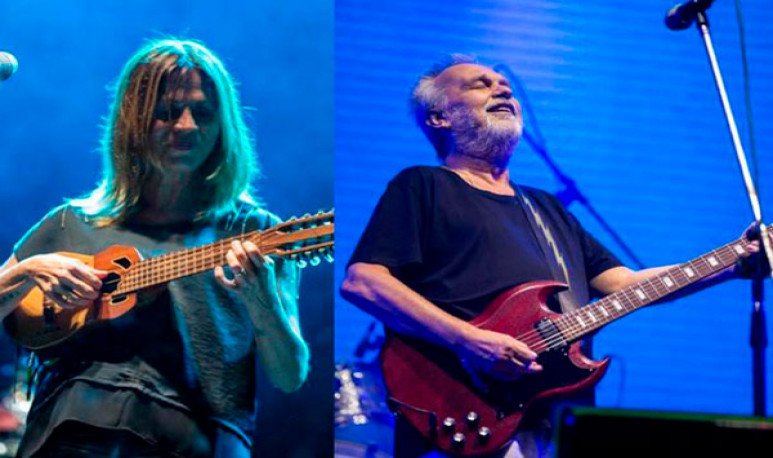 A few days after the presidential announcement indicating the installation of the ASPO, all the entrepreneurs of the show had to reinvent their structures, including theaters, discos and stadiums. Works, the mythical “Temple of Rock” that housed since the '70 legends such as Serú Girán, Spinetta Jade, Soda Stereo, Virus, Riff or Gustavo Cerati, was no exception and at the beginning of the quarantine was listed as a potential place for sanitary applications, something that finally happened. or.

During 2020, when the ASPO became DISPO, they finally enabled those kinds of areas that once gathered crowds to realize numerous  streaming broadcasts, obviously without the presence of audiences. In October, after several meetings in this regard,  the enabling to set up  autoshow events began  , that is, outdoor concerts in front of several rows of vehicles, with the people looking at them from the cars and hearing the recital from their car radio.

At the end of December,  the sequence of outdoor concerts began with people located in small playpens in front of the stage, respecting the distance and with bubble groups of up to six people.  The Estadio Obras, far one of the most prominent places of show in the last millennia crossing, inaugurated this long-awaited operational modality in recent days. Proposing a double program, the day included a recital by Marcela Morelo at the start and then in second turn a concert by David Lebón.  “ Ser Argentino COM” was there covering what happened and tells you how was this first face-to-face event of the “new normal” in the mythical “Temple of Rock”. 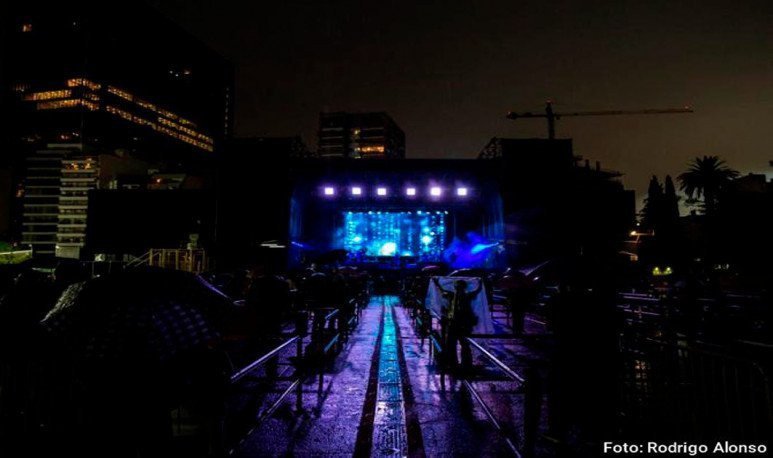 The weather service announcements for Saturday sunset were not the best, but the production company Booking & Management, hoping that the sky could resist something before the rains marked for that time section, risked not to suspend the recital and kept the schedule originally planned. Checking that there is a Murphy weather law, any hope for improvement will culminate in a powerful storm right at the least desired time. Marcela Morelo suffered the first symptoms of the matter in the sound test, but the worst would come a few minutes later at the start of her set.

Announced at 20, people located in front of the stage in the parking lot next to the stadium, had already gone through ticket control with the QR code system, temperature check with sensors and the application of alcohol gel when it was moved to the playpens. The rain already had important volume when Morelo kicked the opening with “It would leave everything”, belonging to his new album “Tu Mejor Plan”, but minutes later when he played “Fire at night, snow by day”, everyone wondered if the concert would continue in the face of a rather impuous precipitation.

While security assistants watched that the public remained in the assigned sites, the weather made its unusual power feel with a relentless rain. “Many months passed and we were thinking what it would be like to come back, now this happens and I feel like crying,” Morelo said while from the side of the stage they encouraged her several times not to diminish. With much of the public under the cunning umbrella protection that suspected this climatic adversity, the storm slowly began to flee from Núñez. 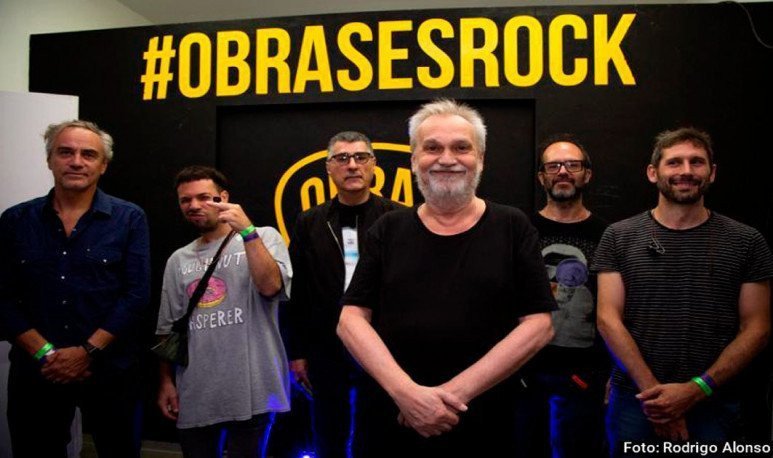 Instrumenting a double concert in times of pandemic, in an event quite affected by meteorology, involved a maximized challenge.   On the one hand, control the behavior of people located inside the property, even with rain, in a space that had bathrooms and a gastronomy stand in the background very well signposted, where attendees guided people to maneuver from distance. Elsewhere, already with the structure tested in the first show, the production team adapted what was necessary for the deconcentration after the initial event, without neglecting the row of people waiting to see David Lebon's recital announced for 22 hours there in the parking lot of the Estadio Obras.

Already without rain and accompanied by his ineffable charango, Marcela Morelo had lived in the Temple of Rock the experience of the “underwater concert”, that historic episode in Velez with  Charly García  of an experienced protagonist, going through an unfriendly rain. Under an acoustic format in the intermediate performance block, the beautiful singer from Lanús came up with her occasional discouragement by performing several of her classics, a show from minor to greatest where the artist made her difference with hits such as “Tu boca”, “La fuerza del engañía” ; or” and “Light from the sky”, fantastic cover of Mike Olfield's classic. At 21:30 and with a smile that did not fit on her face, the author of “Manatial” was able to sing victory in the neighborhood of Núñez. 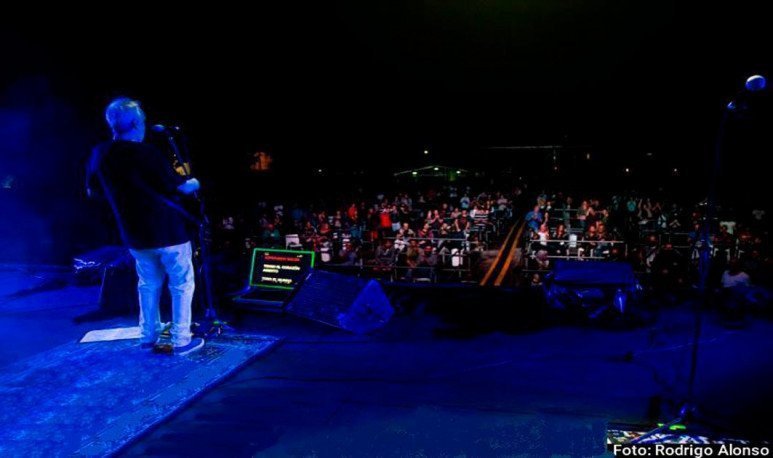 The production team was able to maneuver, first the people's departure from the first recital, and minutes later, the slow entry of viewers who had tickets to see the historic guitarist in the open air site. Already located in camarines and with a powerful enthusiasm, the musician who won last year the “Gardel de Oro” award for his album “Lebón & Cía. ” he adjusted the last details of his concert, knowing that rain was part of the past and that he should only dedicate himself to making his show the best way. ; & nbsp;

A greater number of audiences than in the first round, understanding that storms would not affect the second concert, gathered almost five blocks along Avenida del Libertador in a procession that respected social distance by that artery waiting for access to this event. With exact replication in the operating protocol, viewers presented their inputs there, identified with QR code on their cell phones, and then receive body temperature measurement and alcohol vaporization before being driven to each “playpen” of presence.

At 22:40 and without much more mediating, David Lebón went on stage with his musicians in  an evening where the health and musical experience had favored circumstances at the time of that second artistic phase.   Understanding that he should not be doubtful as it had happened with his colleague, the guitarist showed a formidable sapience to respond to such a circumstance. He started with two songs and a devilish attitude on stage with his instrument to make it clear that his great talent does not know protocols.

Ratifying their scrolls at every moment, what followed was a work of demolition and artistic sensitivity pooled together in a striking repertoire. Six songs by  Serú Girán , a tribute to Spinetta with “Ana no sleep” and several hits from her solo work were the perfect architecture of a fantastic and moving concert in these times. Giving a masterclass of attitude, he conveyed the inescapable responsibility to behave accordingly the reality we are going through.

“We have to change. We are very “alive”, but actually quite squabby, we have to get out of those selfish behaviors where we do not protect others, but we have to get out of fear too, we have to keep fighting to overcome adversities,” said the brilliant violero on those who ignore the danger of the present disease. Instrumenting a vital and decisive mood, Lebón made people forget the curious context in which his show was developed, no minor detail. “Music is going to save us from all the bad things in this world,” David said as the ovation bathed him on a big night.