Amid nominations and awards, Eruca Sativa grows on the world stage. We tell you a little about his story so that you don't miss his hits. 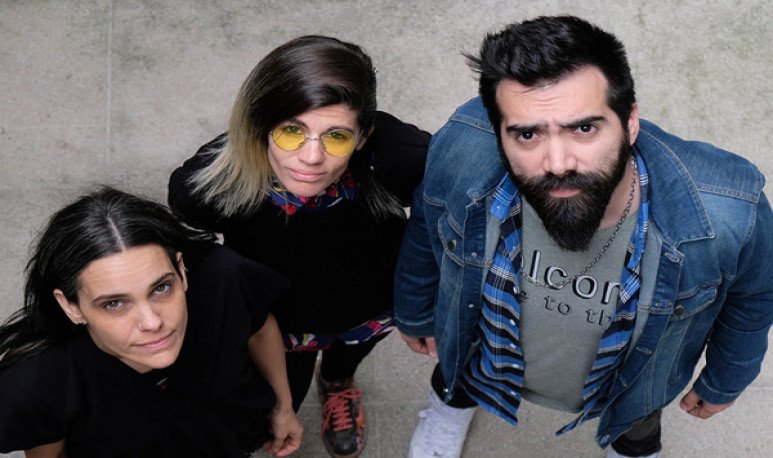 Eruca Sativa came to revolutionize the music world.  With extreme combinations  that fuse rhythms, instruments, styles and all kinds of voices began to generate a  trend in Cordoba . This trio is composed by Lula Bertoldi on vocals and guitar  (sister of Marilina Bertoldi, vocalist for Connor Questa), Brenda Martin on bass and choirs  (both former Lucila Cueva) and Gabriel Pedernera on drums and choirs.  But it is not only them three who  make up and share their art.  They are also  their emotions, their creativity, their alter-ego.  They are  much more than three, saying what we rarely encourage ourselves to say.  Rhyming with poetry,  musicalising and filling the days with deep melodies.

It was   in 2007 when they made their first live performance in Córdoba Capital,  many years ago, and today, with more experience, they have a consolidated and faithful audience that accompanies them everywhere. In 2008 they recorded a demo EP. It was the songs “Frío Cemento”, “Lo que No See No Es”, “Focus” and “Eleanor Rigby”, which were released. They were  part of their first album , later released that same year and titled  La Carne .From that moment on, they gave  a series of concerts in the interior of the country.In  addition, they began to be invited to different recitals and events.

In 2010 they recorded  their second record material , called  Es and decided to reissue  La Carne , as it was sold out for the time being. In 2012,  Blanco , third album of the trio, came to the market by the group's label, called MTM (Marca Tus Marcas Discos).  Fito Paez and Titi Rivarola participated as guests.  In addition, they played alongside  Slash and Black Label Society in Capital Federal that same year.

For 2014 they release the video of “Before That Vuelve a Caer”, cut from their latest album. And they decide to share a production titled  Fingerprints and recorded live during the concerts on August 1 and 2 of that year at the Opera Allianz theater.  The concerts  were  electroacoustic, with strings and winds  and managed to record 15 songs.

In 2015 Eruca Sativa's family is enlarged : from the relationship between Brenda and Juan Pablo Ruffino (also bassist), Emilia was born on April 10. Julian was born from the relationship between Lula and Nicolás Sorín (Octafonic) on May 30. On August 14 comes the single “Nada Salvaje”, winning the Gardel Award for Best Video Clip and receiving a Latin Grammy nomination for  Best Rock Song . That year, full of life,  they played for the first time in Luna Park, before more than six thousand people.

The audiovisual production Amor Ausente premiered in 2017,  recorded live on the show that the band gave in Luna Park with Abel Pintos  as a guest. The following year they released a digital EP with four songs taken from the show del Luna: “Haku Malvin”, “Amor Absenente”, “Japan” and “Confundiste”. At the end of 2019 they released their album  Seremos Primavera , for which they would receive multiple awards.

In the midst of a global pandemic and with an eternal quarantine,  they continue to share    their music across different platforms.  They participated in the  Cosquín Rock 2020 digital edition and will share on October 10 a  streaming with all their followers.

In addition, Eruca Sativa  was nominated  in  four categories of the 2020 Gardel Awards  and is nominated for  the Latin Grammy 2020 in three categories  . According to the official payroll reported by the  Latin Recording Academy,  the driving entity of this award for the North American record industry. “ Best Rock Album”  by  Seremos primavera , in “ Best Rock Song  ” for “Creo” and in “Best Alternative Song”  for “Carapazón”. Come on, Sativa, get activated!