Eduardo Guajardo, “El Guaja”, is an essential singer-songwriter if you intend to research and learn about Patagonian music: here we bring you a review of his discography. 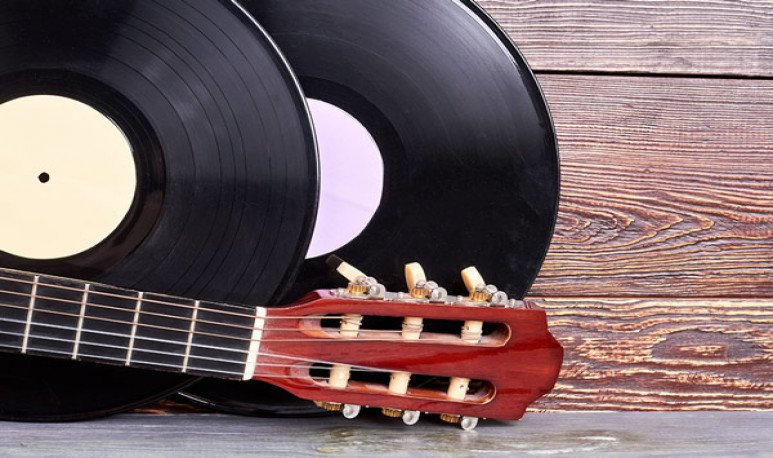 Appointing   Eduardo Guajardo  is to name  Santa Cruz  , the Turbio River Basin and alsoeacute; n to  Patagonia  in its entirety.

We have already mentioned that he is an artist with more than forty years of experience, who is singing and telling about life in his homeland, the landscapes, the passars of the workers, the pleasures and blows of Patagonian territory he loves so much.

Benchmark of santacruceña music along with the unforgettable   Hugo Giménez Agüero  and the great Raúl “Gato” Ossés , who is still disseminating by the country.iacute; s the music of Patagonia, “El Guaja” proposes a debate about this same:  what is the music of  Patagonia ?  In that sense, the artist claims that “for the market”, what he does is not Patagonian music, since he is not limited to singing   kaanis ,  loncomeos  or chorrilleras,  but it makes us enjoy their cuecas, candombes or zambas.

However, he has no doubt that his repertoire is   Patagonian music. Why? Because he was born in Patagonia, grew up there, lives in that vast territory of our Argentine south, tells about Patagonia and gives voice to the inhabitants of that place. If the one who writes the opinion is allowed, yes, the music of the “Guaja” is Patagonian.

Review for his discography

While Eduardo Guajardo began singing his own songs at age 14, the first record material of “Guaja” came to light in 1997, when he was 29 years old: Signs de vida. There, the santacruceño showed, in addition to Patagonian geography, the life of the worker. On that album is one of his best-known works: “ Que va a pasar un laborero “, a song that became a banner of the struggle of the miners of Rio Turbio and which he himself sang inside a mine to five thousand meters deep and at the foot of the drawer of three miners killed in the tragedy of mine 5.

The album is completed with “Fruto de un sueño”, “La herb mala”, “Vientos”, “La muerte del ovejero” —his first song, which he composed for the death of a friend of his father—, “Signs of life” —which gave the name to the disc—, “El beso”, “Peó n of anyone”, “To find her” and “Woman and mother”.

In 2000 came Un   mirada al sur  , which contains 12 songs, 9 of them by their own authorship, where some of his debut album are repeated. The remaining three are the work of   Atahualpa Yupanqui   and Horacio Valles -"La guitarra”, which bears the same name of a song to which    León Gieco   put music to Atahualpa's verses, but it's not the same; by Roberto Calvo and Gustavo Kehoe, “Only un recuerdo”; and Armando Tejada Gómez and Julio Lacarra —who participatesoacute; from the recording of the disc—, “Round to sweep the yard.”

In this second installment of the santacruceño we hear again “What a worker will happen”, “El Kiss” and “Nobody's Pawn”. The album also has the works “Nostalgiando”, “Tan solo un hombre”, “La redomona”, “Signs”, “La welvenida”, and concludes with the song that gives the album the name: “Una glance al sur”.

A cryback and forth came to light in 2004 . The song that gives name to the album is a poem  by Tejada Gómez  that “El Guaja” musicalized and is the sixth track of the album.There are 115 themes that are the work of the santacruceño. Two of them, “The shadow of the lemon tree” and “The omen”, co-authored with Néstor Basurto.

“Make life a dream”, “Postcards”, “My provincial”, “Like the wind”, “Soledades”, “Chacarera del silencio”, “In addition to birds”, “Bailecito Esperancero”, “P'al retorravio”, “Gesture to give”, “There is no longer”; and “La vane or el viento”, the candombe that    had the participation of “Sabalero”, José Carbajal  , the remembered Uruguayan troubadour who died in 2010.

Cantares de la lejura was published in 2006  and was characterized as “that look south without tourist cravings”.

“El desamado”, “Return to bliss first”, “Transparent”, “Milonga trasfoguera”, “Prayer of the lapachal”, “Cantolina of the eagle”, “Praise of time”, “Singing with meaning”, “Without oblivion”, “I return to feel and sing”, “Letter to a troubadour“and “Los amigos”, the comrades give music to this work that continues to sing and tell about Patagonia, the abandoned villages “for anguish and pain”, as he prays in”  Soledades "the characters of the Patagonian peoples and the experiences of our south.

One work he shared with Claudio Sosa, but not least and a great example of its essence was the Route of Dignity . A self-managing work that both promoted touring the whole country, from south to north, visiting recovered factories. Songs by both and other great artists such as the “Duende” Garnica bring this great collection to life

“Present... now and always”, “El Ypefiano”, “The activist”, “What a worker will happen”, “Winter Message”, “Chacarera del olvidao”, “I shone you”, “Soledades” and “Smell of burnt rubber” are the works included in the  Route of Dignity .

This 2020 still keeps us to the expectation of   Infinitos  , his new record work that he himself clarified that he is edicated to his children Pablo, Taiel and Catriel Guajardo.

“El Guaja” has been singing and counting for 40 years, without losing validity and giving us all his talent.