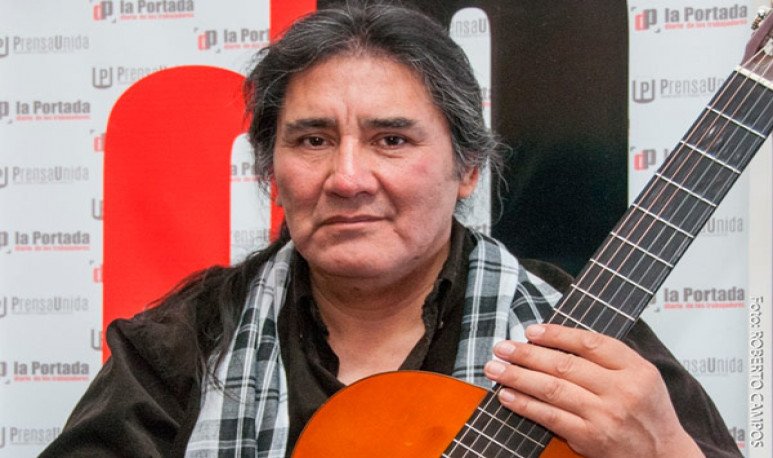 Patagonian music   is present not only in the province and in the region but also throughout the Argentine territory:  Eduardo Paillacan has presented in the middle of the last last record work: Silvestrerías.

The singer-songwriter was born in  Esquel , in the mountain range city of Chubut  , and has been around music for more than 45 years: from the 5 he plays guitar and since 1971, at the age of 8, he has participated in folk clubs and local festivals. In addition, for almost 25 years it has spread the heritage of regional singing of authorship and other companions in  La Trochita , the old Patagonian Express.

His music, from which he lives, was born to his parents, his grandparents and what he was found throughout his life.   He has to his credit more than five albums, the first was released in 1991: Guitar Prayer; he also founded and chairs the Independent Cultural Center Rucaiken , along with other local artists and educators. Eduardo articulates art, education and poetic in his songs and every presentation and interview he gives.

“We are   Mapuche tehuelches    , we are mestizos in blood,” he says. He emphasizes that, for him, clashes between cultures are something intrinsic to man. He currently identifies with his community, and confesses: “I go deep in my heart and it hurts me, many times, not to feel part of this, of  argentinity . Because the more one learns about what we have been, what grandparents are, and the history that surrounds us, it is difficult: it is very difficult”; however, he does not deny the country where he lives and expresses freely in every place he visits and expands his music.

In his record works there are many of the typical instruments of Patagonian songbook: cultrún, ñorkin guitar, electric bass and other musicians who accompany him with various instruments. His latest work,  Silvestrerías , was publicly presented on June 26, with certain rigors of care for the pandemic at the Melipal Cultural Center, in his native Esquel: a virtual cap, with  Juan Falú  as a guest musician and with online broadcast on the facebook of National Esquel, the institutional profile of the National Radio.

In his view of the world and his feeling as a person, he continues to learn: “When one sees the Mapuche worldview, one is learning ancient spirituality and so on, all that is like it is lower, because ours is giant. And I need a lot to learn yet,” he says.

He also adds that when writing his songs he tries to be a child because that's where he feels good and comfortable: “In that purity, I can work, I can paint, I can draw, with word and music.”

His songs, those that relate and name the hidden, the small and the simple as well as the transformed pains, the historical and the spiritual, have been heard since 1997 in the cars of   La Trochita  : everything began with an idea of the then coordinator of the Patagonian express and went with Marisa Pérez Serrano that started it. One of the first times people got angry: why was because they quickly sold all 10 cassettes and they didn't have any more.

With the lyrics he tries to convey a position before life that he had to travel, singing as a testimony of life. Each car is a completely different theatre: it tells that fatigue is removed and everything that happens to it personally to be able to shine in each one of them: the articulation with the historical story that the guides make the users of La Trochita even better understand the past, many times tragic, of the peoples.

In addition to the presentations that, little by little, are returning after health restrictions, Eduardo Paillacan can be listened to and downloaded through the different digital platforms; on his website you can pay some (or all of his) record works as well as to make an econical collaboration. oacute; mica as virtual cap.   Patagonian   music has great representatives, and he is one of them.