Eduardo Guajardo, “El Guaja”, is a reference in santacruceña music. 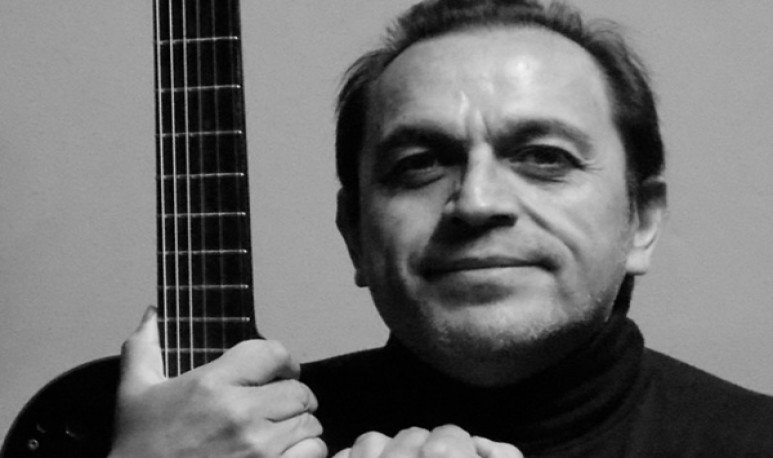 With more than forty years of musical career, Eduardo Guajardo, “El Guaja”, is one of the great exponents of Santacruceña culture.

Son of a Mendoza who worked in the Rio Turbio mine, Guajardo's beginnings with singing were when he was a child. He began writing his own songs when he was barely into adolescence.

1979 was the year in which he started his first trip , to participate in the Puerto San Julian youth festival, where, at 12 years old, he won the first prize in the vocal solo category. However, already from the first grade he sang in public.

Already  at the age of 14 he began to sing the first songs composed in lyrics and music , although he recognized that he did so with a lot of modesty given that there were not many proposals of regional music, except for the “Gato” Ossés and the remembered  Hugo Gimenez Aguero .

Evoking Atahualpa Yupanqui, because “ one is despite self or”, “El Guaja” ensures that “music chose me” , when he had believed that it had been the other way around, and clarifies that it is not a pedantic question, buthas to do with meaning: inevitably I am from the song.”

“Being an artist is not a question that can be built capriciously. There is a need to make sense of the task, which is what defines you as an artist,” said the santacruceño, who at 20 years had the revelation of singing only his work, because he knows he has things to say.

“I'm a guy from here — from Santa Cruz, from Patagonia— who counts — what happens — and I understand this as a trade and not a career, a trade that is built day by day,” he says.

A song with foundation

In Patagonia,  Guajardo is a reference for the song with foundation , the social song that expresses people's living and feeling. “El Guaja” does not mean words about what happens, about what people suffer, and acknowledges that it is often not the most beautiful thing, but it reflects that this is the task of the one who sings and who counts, what he does.

“I can't read or write music, but I know that music is a bridge, a wonderful one to say,” the santacruceño artist confesses that not only does songs with his poetry, but also composes with other authors.

“The only way to build a song is to suffer,” Guajardo says that later the song has its destination, some with short flights and others with enduring flights: “What I think and feel is sung, and I show how I am.”

A disjunctive that has been born in recent years is the concept of Patagonian music. In that sense, Guajardo states that  the market gave Patagonia a niche of ethno-music that  Patagonians  are “obliged” to have as Patagonian music  – with the interpretation of  kaanis  and  loncomeos  .

“That is Patagonian music for the market, but not for Patagonians,” said the artist, who clarifies that it is neither for nor against that style because he considers that there is no good and bad music, but well done and poorly done music, and he adheres to all music well built.

Without being an author who is dedicated to singing chorrilleras or loncomeos, Guajardo undoubtedly says that he does “Patagonian music”. “From the market I don't know what I do, but from the human being I make Argentine music. And my music is all Patagonian. Because I was born here, I composed it here and I live here,” said “El Guaja”, and he also believes that Patagonian has the possibility of building “a music of all music.”

“My greatest longing is to be useful. Not only will it allow me to live, but also allow others to open small windows and meet other worlds or consider this possibility,” said the santacruceño singer-songwriter who served more than forty years spreading regional culture.

In 2020, despite the pandemic, came with a new album under his arm,  Infinitos  , dedicated to his children in a new chapter of the craft that he built day by day from that day he decided to embark on the artistic path.

A troubadour who sings and tells, shows the geography of his place, who makes visible the life of the worker, who sings as he lives and who embraces with his song. Eduardo Guajardo, a reference in Patagonian music.