Home Argentine Music Daughters of the Moon: struggle and empowerment 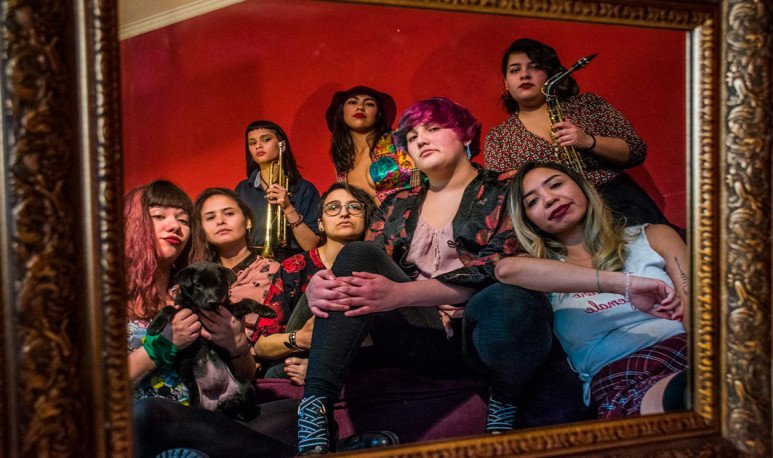 The cultural sector and most of all the musical is stepping stronger on the local scene. There is no longer only recognition of groups in large urban cities. In the south there is also a presence. Struggle, empowerment and professionalization:   the Daughters of the Moon launched a new video, the song “Aquelarre”   , the fifth of their first album WICCA, released in December 2019.

The band   , as was already mentioned in another note on other Southern artists,   is composed of eight songs   , giving a powerful message of vindication of feminism. With the conceptualization of the video clip, they were happy to “be many,” said his singer: “The good thing that the group is composed of many members is that each idea impacts differently on each of us. We are like eight heads in one”, therefore the joint work is ideal and common currency in that band riogalleguense.

Women from   Santa Cruz     took advantage of the mandatory isolation: “It is the first video that has Daughters of the Moon, we can say that we take advantage of the context of pandemic to start hoarding other artistic views.”

The video takes place in the city of     Gallegos River     and with the participation of other women who collaborate in articulating lyrics, the tension that is generated second by second with music that comes from rock to punk in various points of the subject.   Everything was done in a way   self-managing     and thanks to collective work with other local actors, such as photography, makeup and idealization: the economic resources to realize them were achieved through the sale of tacos that the same band organized.

The     pandemic     forced everyone to reconfigure their daily life: as his singer Fernanda Becerra claimed, the members turned their knowledge and also ignorance to polish other edges. “At this time I have written easy 20 songs, I know that girls have also hit them in the same way. Creating, exploring your instrument and even studying. One of the girls began to study music production,” said the band's songwriter.

In addition to the work on stage, the band professionalizes from the “shadows”, of which it is often not named, since they have in their staff the communicator Clara Ocampo, in charge of communication and press in general, photography with Juliana Alvar and production in the hands of musician Yonatan Bogado .

It should be noted that during the tour of this band -which was born in 2017- it was not all with good experiences:   the saxophonist Romina regretted, on several occasions, that there is still a male audience that resists the female presence and the   dissidences   in the scenarios   , underestimating them: however, this is denied not only with his album, with his video clip and the presentations and works in various cities (also outside the   Gallegos River   ), but with the achievements based on the musical prowess, manager and achievements of this southern team, in their individualities as collective.

The video clip has days to live, and it is already positioned as a kick to other works: they are already conceptualizing a second EP, with an approximate of 5 songs, in order to continue working among sisters, as they repeat in each interview they perform: “Daughters of the Moon is the family I chose, it is brotherhood, it is love , it's social struggle, it's dedication, it's responsibility. That's all that many women can't say, we're here to help.”

There is equipment     santacruceno     for a while: up and down the stage, in her lyrics or in her statements, there will always be a message “so that everything becomes art to heal” concluded singer Fernanda Becerra.