Home Argentine Music Ciro and the Philharmonic delighted the Mendoza

The 2020 Harvest Festival was a success. Artistic shows, gastronomic offer and a combination of national rock and philharmonic orchestra. 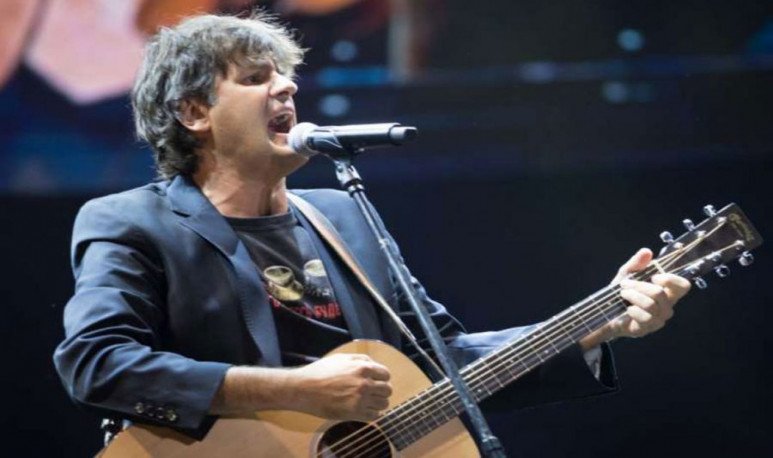 He spent the Festival of the Harvest, within the framework of the 2020 harvest  calendar  .  More than 20,000 people attended  the vicinity of El Plumerillo International Airport, setting a new record.  In addition to Ciro and the Mendoza Philharmonic Orchestra,  Mendoza  could enjoy a wide gastronomic offer . Whereas, to justify their inclusion in harvesting activities, as usual,  the departmental queens harvested grapes from the symbolic  vineyards that are planted  in the area  .

Admission to the public was allowed from 19. However, the working day and the heat caused  the bulk of people to arrive after 20 . However, those who attended early could not complain about having to wait so long.  Patio  Malbec   took care of the most eager.  Foodtrucks lived up to the circumstances with the most varied gastronomic offer. Burgers, sushi, German sausages, drinks, wines and drinks in general caught the public's attention.  Who, on the other hand, found entertainment in the artistic show offered by the Orquesta Estable Municipal de Las Heras.

By 21.30, people had already settled in the white, plastic chairs that the organization had located. Another so many did it on their loungers, while some stood still. The Mendoza Philharmonic Orchestra performed some local pieces. Later, the time came that connects the Fiesta with the harvest agenda.  The governor, mayors and queens symbolically harvested the grapes from the vineyards   that are planted at the exit of the international airport. While the current  Queen  and Virreina Nacionales danced cats and cuecas with professional dancers. 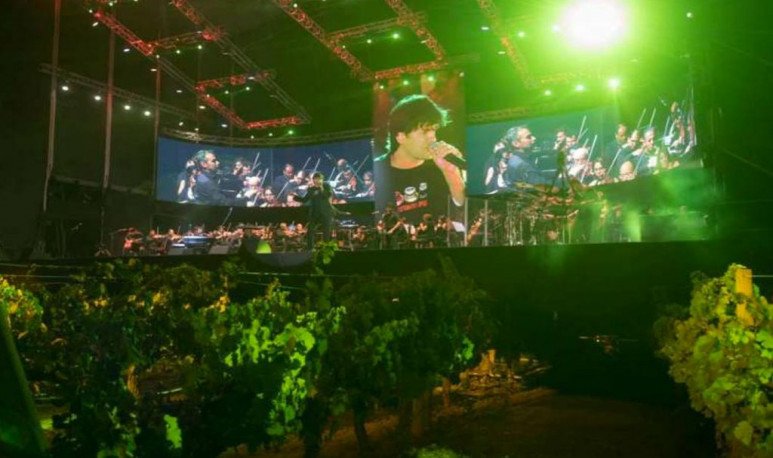 Complied with the reference to  Vendimia , the show began. Around 23, Andrés Ciro Martínez jumped on stage and sang,  in his harmonica, the National Anthem . He then performed a review of his repertoire, alternating songs by Los Piojos with those of Ciro y los Persias. The audience was dumped.  His favorite songs, masterfully performed by the Philharmonic Orchestra and the voice of Ciro . Although, on more than one occasion, he also played the guitar.

El Plumerillo International Airport has a departure from   National Route 40  . As we all know, one of the most important in our country . When the Harvest Festival takes place at the airport, the vehicles attending the event begin to  line up almost 2 kilometers earlier, on the road of the route itself, with almost 1 hour delay.  This not only  harms  the audience, but, above all,  those who use this route to work or to travel to the neighboring province of  San Juan.   And these people do not have to suffer these delays. It should be proposed to enter on the other hand or move the Festival of the Harvest to another property.