Home Argentine Music “Cuyano folklore is the music that identifies us”

The Abraham Sisters have become references in Cuyana music. They had a great 2019 and they're going for more this season. 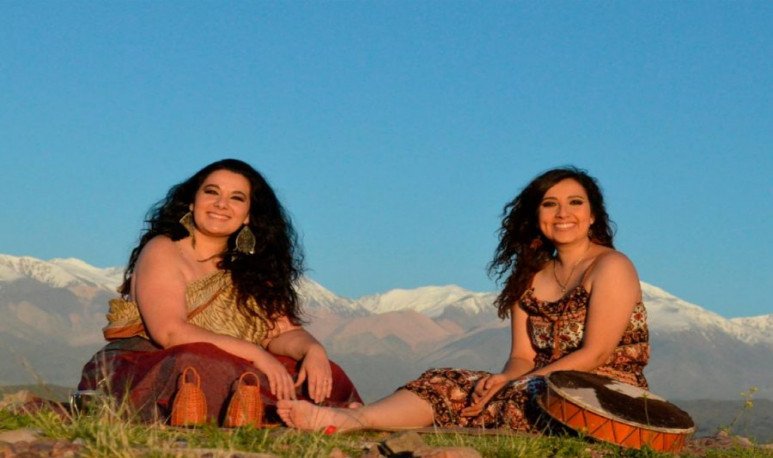 Definitely,  Tunuyán  is one of the most beautiful places that we have Mendoza. For its nature, its landscapes, and tourist and economic attractions. Also some shows, such as the Festival de la Tonada, are the reason for the presence of thousands of people every year.  The tonada , something so characteristic of our  folklore . And in that sense, there is a surname around music: Abraham.

Marianela and Betiana  's lives revolve around music for a long time. Actually, The Abraham Sisters have been surrounded by  folklore  since the age of 11. “In 1997 we started music thanks to a teacher who encouraged us in this, Magdalena Granda. But our parents always made us stay in touch with music, because when we were at home, when we were driving, we always sang together. But the one who introduced us to folklore was the  teacher of music in the elementary school .”

However, before, the girls had already approached some music: “The first contact we had with a musical instrument was thanks to a grandmother who gave us a toy pianito, which to this day is tuned. There we started to draw songs by ear, of all kinds of genres.” But the contribution of the primary school teacher was substantial for the gender they have chosen to express. “Magui, our teacher, introduced us into folklore. He made us listen to it carefully and analytically.”

Folklore is a family tradition: “On Sundays as a family, with  roasts , the  radio is always on with folklore programs. And with our grandfather we were going to the National Festival of La Tonada and spent the whole night listening to those bands. We've sucked folklore since girls.” But it is also a tradition of all Cuyanos:  Cuyano folklore  is the music that identifies us, with that sonority of guitars,  with that duet work, both vocals and guitars, with their characteristic punctures  .” But, as avant-garde music marks, singers do not stay with pure folklore, “we merge it with other Latin American genres such as son, murga or chá chá chá chá”. 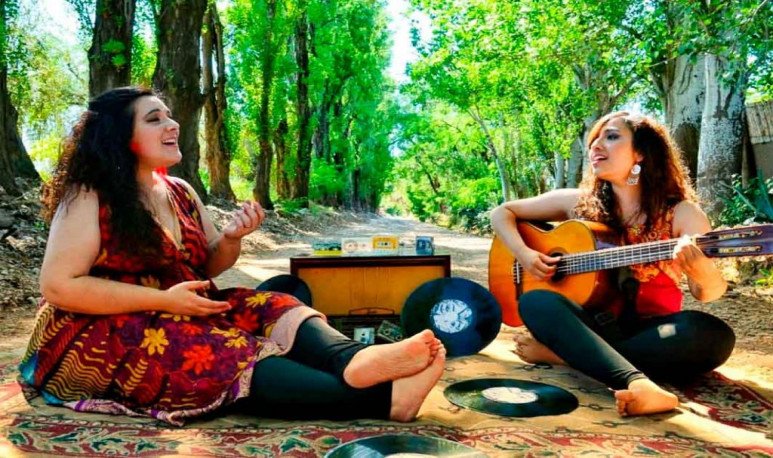 The Abraham Sisters are very satisfied with the new ways of consuming music, and say that “digital platforms are a very large window that opens to all musicians who want to show what we do and transcend the borders of the province. We have the disk loaded on these platforms and it's been very important. We have left the province and the country and we have contacted people who listen to us on Spotify, for example.”

Obviously, platforms are about young people and teenagers. And these are not left alone with trap, reggaeton or  rock . “We cannot be left out of this system. Platforms serve for boys to reach genres such as folklore. Young people are interested in it. Today the range of musical genres is very large and everyone decides what to listen. But I think we've always, at some point, all touched with folklore. The youngest always run into a  Cosquín  or Harvest, which are related to this genre.”

What happened and what is next

In 2019 “we made the official presentation of our album, which this year was nominated for the  Gardel Awards . It was something really important to us. We were at the replay of Harvest too. We released our video clip. We went on tour in Peru. Recently we were also awarded the Raíces Awards, which have the people vote. It's been a great year.”

But the girls do not take respite: “In July came out the video clip of “Timeless”, and now we are about to start shooting a new video clip. It will be a tonade that speaks of our people, Tunuyan. We are also thinking about the themes of our next album. Most of them will be our authorship. And we're finishing our participation in this summer's festivals. We are also going to set up a tour in Chile and another in  Buenos Aires .”