We tell you the story of one of the most representative tangueros in the province of Córdoba. A hero with no more cloak than his voice... 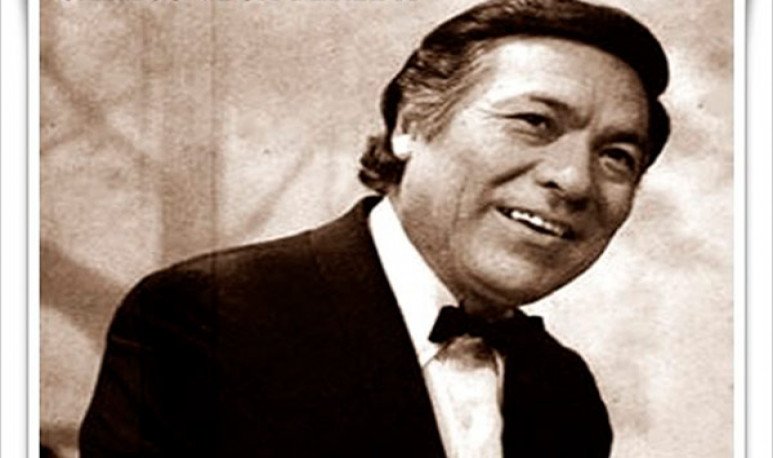 Cristino Tapia has the weight of a legend in our collective imaginary of Cordovan  , but in life he did not have that fame. He was earning it little by little, working his charm and his abilities. He was an expert in music, professional since childhood, tireless, restless, entrepreneurial spirit. His creations were  fed by the popular soul of Cordoba  and reached the highest that could aspire in his time  a folklore musician from the Argentine interior.  He was a traditional artist  , loyal to sounds  and rhythms impregnated with historical roots. But it also matched to the canons of the cultural industry, as  he recorded two hundred albums for international companies  and  maintained radio seasons oacute; nicas nacionales  without ever losing their identity.

The beginnings of the Juglar

Cristino was born in San Carlos Minas in 1891 , a town in the west of Cordovan that was an area of farmer comechingones, until 250 years before his birth. His provincial origins constituted him as  a unique personality in his village.

When he arrived in the Cordovan capital,  he took refuge in the famous  and busy  area of Mercado Norte , where his father had a butcher's post. His existential education took place in the suburb of the beginning of the century, when he found  his faithful companion - a guitar that strummed from a child.  So, little by little, Cristino sang  Creole songs that his recipients praised .  His repertoire was a godsend  for guests of bars and still lifes on the market, such as the local Don Ciriaco, or As de Copas, where other musicians and singers also met their belonging audience. As a young man he earned the nickname  “El Juglar de la Segunda”.

Some say that  as an author and compiler, Cristino was the first to spread the cordobesa jota , rhythm on which he composed his songs La Flor del aire, Cordobesita serrana and Sauce Punco.  La Jota was a Creole dance born in the mountains of Córdoba  in 1750. In addition, those who know music and tradition, attribute him to  have marked avant-garde , since he was  the first to put lyrics to instrumental creollos valsecitos  .

Cristino began his professional career early.  He formed the duo Los hermanos Tapia with his brother José María, with whom he debuted in 1919 at the Teatro Olimpo  de Rosario contracted by the company of Blanca Podestá and Alberto Ballerini. The duo format was always the predilection of Cristino, who was putting together his  dynamic pairs with the passage of time.   On stage he teamed up with Italian  Amado Simone, Francisco Almada  and, from 1928 to 1945,  the Duo Tapia Orellana with his wife Elisa Orellana.   With the latter they decided  to tour the country from end to end  professing the love of music.

The tapia-Orellana duo was the most successful.  They harvested publications, interviews, a lot of radio presence and even  a tour of Uruguay.  In 1930 they were hired by Victor, after recording a hundred plates for National and Odeon records. From 1943 they joined the  Orchestra Nativa Flor de los Cerros  until in 1950 Cristino decided to retire  from artistic activity.

Cristino Tapia cultivated, collected and incorporated into his repertoire the Creole musical traditions:  zambas, cuecas, chacareras, cats, tonadas and varied styles.   All senses and produced by this  singer in a unique way . Without a doubt,  it generated a revolution in national music.

One of the happiest and most fair influences was the one he exercised in  the Creole stage of Carlos Gardel,  with whom he had a close and lasting friendship.  It was he who started the Gardel-Razzano duo  in the interpretation  of the folk repertoire  of central and northwestern Argentina. Gardel even recorded with the duo or as a soloist, in total  twelve songs by Cristino,  including “La Tupunganita”, the waltz “Qué linda es la vida! “, the “Chacarerita del Norte” and the zamba “La Cordobesa”.

Its history marks the music of a whole country  , and  its music continues  to sweeten ears even years after it passed through this Earth.

Thank you, Cristino of our heart!