We tell you the story of this contemporary artist who spoils our soul with his compositions. The Cordobes took a little bit of his success. 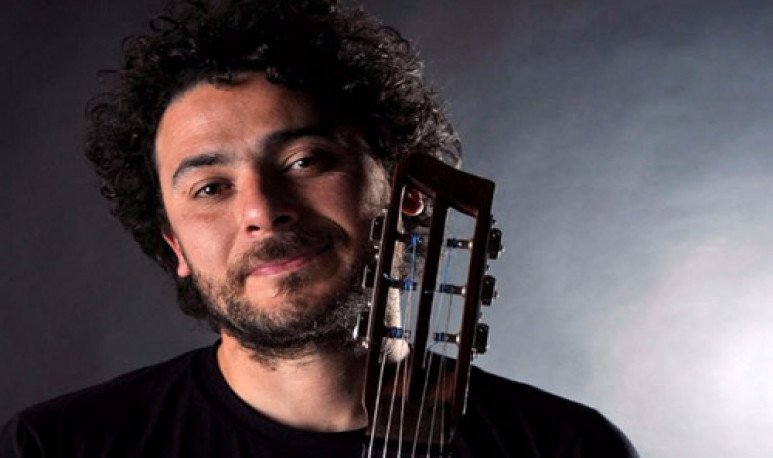 It is a  Santiago from the town of Frías, which is located on the border of Catamarca. But that, surprisingly, became  Cordovan by adoption.He was born a day like today: August 14, but from 1972 .   He came into this world  with  a guitar under his arm and a voice  to make himself heard. He is one  of the representatives of folk music of folk roots , heard by young people and by all generations. The rhythmic hybrid from which he composes his songs, invites everyone to enjoy  the “Raly” experience.

This is  Raúl Eduardo Barrionuevo.Bah, actually, Raly Barrionuevo , as we all know him .   An artist who  feeds on the sounds of  different musical genres. He plays with folklore, rock, tango and Cuban trova .  Therefore, it is very difficult to pigeonize it or identify it with a single rhythm.

The first notes of a renowned musician

As a teenager, Raly moved on stage like a fish in the water. Participated in  provincial and national festivals. As a child, he added followers and became a reference in popular folklore.  If it can be identified mostly with this genus. These performances  were performed as a soloist . That's how he cheered up and began to compose  his own songs.These first excursions to the introspection of the composition would be shared, years later, on his first album .

At the age of 18 he came to live in La Docta. He was adopted by all the Cordobes, and even Raly himself colored his heart with the Cordoban tune .  With this  multi-provincial identity,  he continued to grow as an artist. His name became known in  the world of folk folk music of Córdoba. Raly, from his music, found a struggle: he became a  militant of the “university folk movement”.In 1995 he released the album El primera del final: his first production . In 1996 it was released as an independent production and the following year it was republished by BMG.

Raly was receiving the endorsement  and blessing  of great folk artists with vast trajectory. Peteco Carabajal, Víctor Heredia, Duet Coplanacu, Pica Juárez, among others, supported the young man's career. That proved to be  an incipient and confident success.With these colleagues he recorded different albums and managed to make national tours that helped his fame . In addition, he joined Peteco Carabajal, to the extent that he participated in one of his albums.

In 1999 he was  working with León Gieco  on what would be  his next production :  Circo Criollo. It was launched in 2000 and, throughout 2001, it was presented throughout the country. The performance shows included performances featuring performances by artists, acrobats, clowns, musicians, actors and dancers .   A party this Creole circus!Besides being a success, obvious .

The crowning of a great

From the circus, it was all  awards and recognitions . In 2001  he won the Silver Gaviota Award for Best Song at the  International Festival of Viña del Mar (Chile) with “Ayer te vi” by Víctor Heredia. In 2002 he won  the Consecration Award  at the Cosquín National Folklore Festival.In 2015 he won  the Konex Prize, which consecrated him as  one of the 5 best male folk singers of the decade in Argentina. It should be noted that the latter is one of the most important awards at the musical level .

And so, with successes and recognitions he came to record  almost 15 records.He had thousands of participations in productions of colleagues who invited him as the special ingredient of his works .   Raly is the Cordovan by adoption that came to transform provincial and national folklore.

A unique artist who rejoices us with his existence and  his unique artistic ability  . That's why we wish you  a transhument birthday!