Documentaries about legendary figures, miniseries about veteran musicians and an aggiornate approach to these times make up a very numerous offer. 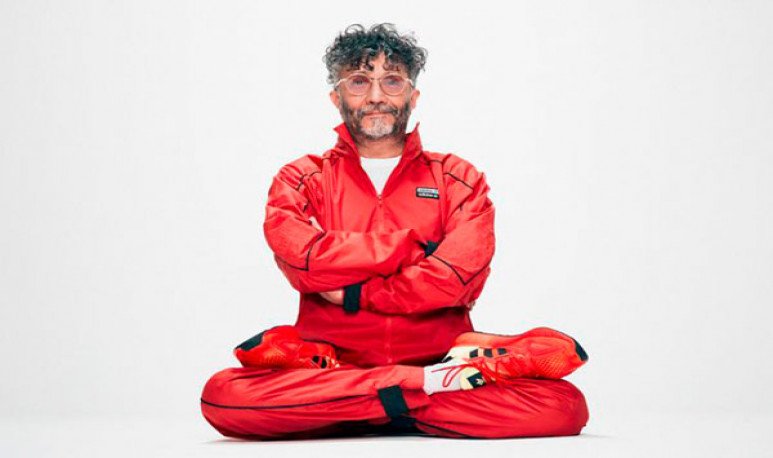 Emerging before the unpublished pandemic as a growing trend, the firm production of documentaries about Argentine rock figures grew in recent months in a prominent proportion. If in the 1990s only some foreign cable company saw the potential response of young audiences by legendary musicians, it barely embodied at that height of the old millennium with specials for the firm HBO-OLE, without forgetting that once MTV landed in Buenos Aires it had to start producing content without pause.

The enthusiasm that that musical cable chain showed about the end of the century hard little and what came then was a clear sign of the times. With the Twin Towers turned into mashed debris, a millennium start motivated another way of making television in both the United States and Argentina. The realities-shows came and it seemed much more important for those producing units to put them on the screen fast than cultivating traditional culture. The actors at Martín Fierro said “we want to act”, while the musicians imagined what they would do with the expensive video clip that the famous MTV network had rejected considering that it was not worth broadcasting.

The first decade of this century had a powerful response. “We'll give you what they don't want to offer on their screens” was the message of the record labels, while the concerts of most of the bands were filmed to publish in DVD format. The chance to have your favorite group thundering at home with the help of the “home theatre” undoubtedly had its time of glory as people ordered food and beer at home to accompany those recitals filmed in HD with luxuries of detail. Despite the euphoria of those times, a devastating storm was about to fall that would hit the industry on its most unshakable foundations. 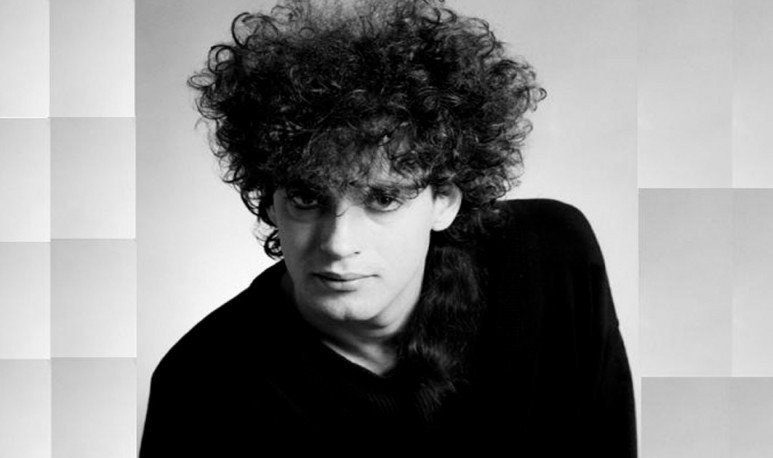 The mobile phone industry has landed strongly since 2005, and even a big firm tried to convince Soda Stereo to advance their expected return at the end of that year to play in the promotion of a well-known communication company, whose final part of the name alludes in English. eacute; s to the word star. Cell phones had improved technical advances and the videos did not already look like the landing of the Apollo 11 in the most uneven crater on the near-Earth satellite. You had to leave the televisions and stick your eyes on the phone, slogan that millions and millions abide without knowing that soon later the gadget in question would become addiction of difficult abandonment.

If before the festivals where Argentine artists participated were sponsored by firms linked to tobacco or alcoholic beverages, since 2006 most festivals were named after the mobile telecommunications company. Few people stayed in their homes to watch open or cable television, times where generating content for cell phones became an inevitable obligation. The problem is that they should not last too long, therefore, talking about documentaries or materials with a high amount of minutes was to imagine violet elephants with electric green spots.

The death of Norberto “Pappo” Napolitano in February 2005 on a route barely if he had deserved any special police tone on  Crónica TV , times where the death of the “Colt” Rodrigo or the angelic Gilda did awaken special about the life of figures who without being Rockers moved the audience, performers of humble origin who started to the immensity of heaven remembered by their countless followers. News broadcasts during that time captured the signal and the result of that analysis would come special about tropical legends, which included interviews with relatives and close to that absent star. 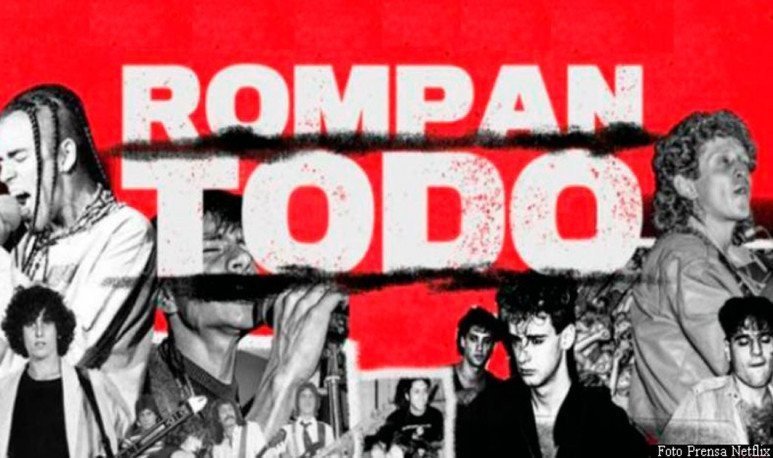 Juan Alberto Badía was no longer on screen with his musical format and his physical departure was imagined in his family and friends. Open TV no longer broadcast concerts because, according to content directors, “music does not measure on the screen”. However, those cretins with a professional ceiling used several trendy songs on their newscasts, style that keep as much as they abhor the simple idea of putting a piece of video clip in their insufferable informative panoramas. Musical resistance barely survived with Jesús María y Cosquín's concerts, where pop and rock figures sneak in to have a national reach that open tv began to retacete them brutally and fiercely.

Argentinian rock would reach its most devastating decade: the deaths of Gustavo Cerati, Luis Alberto Spinetta, Adrián Otero, Carlos “el negro” García López, Oscar Moro and other legendary performers mourned the music scene, while some Argentine youth opened up very shamelessly on legs before the media landing of reggaeton, a style where the distreatment of women has become an inexcusable constant. The channels were encouraged to pass clips again, but not from Argentine rock but from those tendencies coming from Miami, a city that according to the media in the area is saturated with political exiles, millionaire drug dealers and several characters who believe themselves musicians, when they are barely puppets from a marketing producer hidden on the most cocaine saturated desk you can imagine.

Interestingly, some cable channels and recent streaming platforms knew how to look for a twist on the matter in the last five years, diving into a great artistic substance neglected in extreme. The producers of the South American divisional National Geographic channel decided that there were figures who would arouse interest in the audience, a postulate that caused the construction of documentaries about Alex Lora, Luis Alberto Spinetta, Charly García and Gustavo Cerati, among others. The phenomenon of rock in Castilian returned to occupy screen, although the results of these specials in many cases did not fit the reality of the chosen characters. 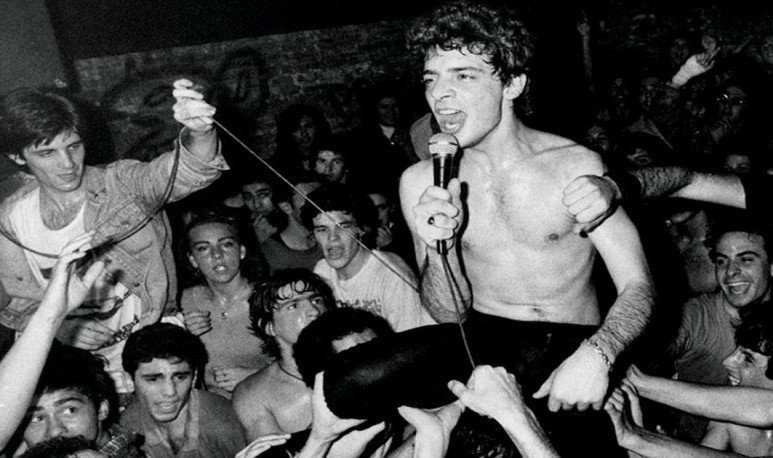 The famous broadcaster that showed the suffering of crocodiles in hostile territories, did not find the appropriate news figures to present the lives of these musicians, a decision that found them choosing pop figures to raise all those contents, causing results quite criticable by those who had lived the times of glory of Argentine rock. Julieta Venegas and Javiera Mena gave Charly García and Gustavo Cerati's special waves, but it was insufficient, a detail that came to light when Catalina Spinetta commando the documentary about her father, material that put the rod in better placement than previous attempts.

The last five years lit many beacons and alert flares that were perceived. At the 2019 Bafici Festival, Diego Levy premiered his film about Juanse, the leader of the Paranoid Mice, while the late filmmaker Roly Rauwolf did the same with Daniel Melero. Streaming platforms, especially Netflix, understood that this was the time to make their own materials, so came  Rocanrol Cowboys , a film about Los Ratones Paranoicos, while Gustavo Santaolalla and Picky Talarico developed the miniseries  Rompan todo , based on the history of rock sung in spanish. The wick had reached the gunpowder causing the explosion that many were seeing a long time ago.

Nowadays Netflix is the operating space where Fito Paez prepares the miniseries about his life with the tentative title  Love After Love , a project where this Rosarino singer-songwriter works as the main producer. The platform quietly prepares a series of chapters about Soda Stereo, after having purchased operational rights for that band, a project that remains encrypted until further notice.

For its part, the new Paramount+ platform has just agreed with the very talented businessman Daniel Grinbank, producer of groups like Serú Girán or Charly García, to tell his life in a miniseries by the structure of that signal. In this also the director will remember his stage as a great producer of concerts by foreign rock legends such as The Police, U2 or the Rolling Stones themselves, an emotional time where the renowned producer of many local figures prepares at the same time a book of his professional task, probably edited by Editorial Planeta with date to be designated. The time of Argentine rock on the screen seems to have returned, without knowing until when it will continue to be in the eye of the interest of production teams looking for great novelties for current screens of occasional consumption. . & nbsp;