The Tropical music band Fireflies de Charly advances in great steps and is looking for the 2021 Gardel Awards nomination. 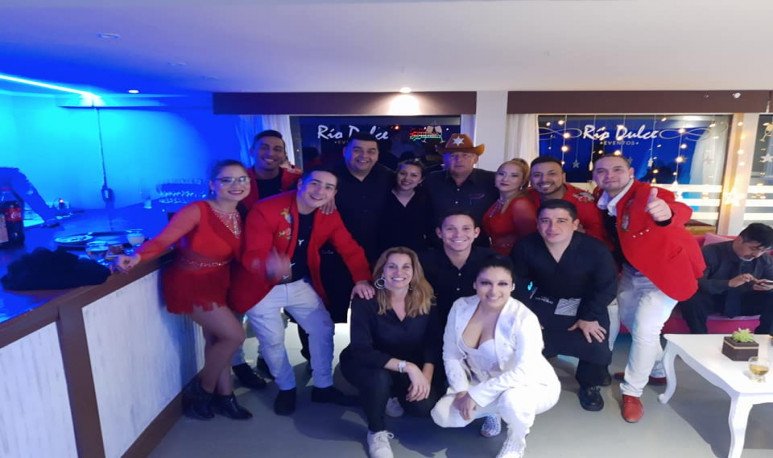 Charly's fireflies, the  tropical band  from  Rio Gallegos   , will look for the nomination for the  Gardel Awards  2021, one of the most important galas on the Argentine music scene.

The band from the town of   santacruceña   has been working hard in advancing the provincial music scene: “I want you free” reached three applications and will be competing to enter to the finest of “Best Short Video Clip”, “Song of the Year” and “Best New Artist”.

“I want you free is a song I wrote several years ago, along with a lot of songs, and I found it in a  pandemic , it was a discovery, a hidden treasure & rdquo;, commented the singer and songwriter, Natalia Cabrera, on the topic that seeks to raise awareness about  gender-based violence . This was the band's first original release.

Fireflies De Charly is a band that starts their way on the local and regional scene in 2017 and currently has 8 musicians and two dancers, who add their art to the live show, something that was interrupted much of the year 2020.

“It is a huge joy to continue betting on what you do with so much effort and passion”, confesses the singer, understanding that many times this recognition is not seen in the various and many artists and bands in the Argentine interior, a country that continues to concentrate the mediatization and dissemination of cultural actors based in CABA and other major cities. Natalia also adds that “it is a team that works hard, that tries to thrive, to grow and go step by step, without hurrying anything but trying to do a decent and professional job that is up to any group at the national level.”

The abrupt closure of the shows and presentations in face-to-face format gave the opportunity to the group, which also has a presence on the other side of the Andes mountain range, to make their own creative process, moving away from the covers of themes by other artists: “I want you free” is one of them, in addition to & ldquo; Fanatica” and “La Venomosa”.

The song that will compete at the Gardel Awards was rediscovered: they didn't want to make it in a tropical version “because I had lost the message she wants to convey,” explained the singer. The message, powerful and sensitive, stands out in Natalia's voice and accompaniment of keyboards and acoustic guitar. The video, under the direction and production of Kenneth Mac Lean, positively impacted the audience. “And if fear stops you, search your brave side and suffer no more. Don't stop loving,” he says in the refrain.

With regard to other artists and bands, Natalia comments that “there are many musicians, there is a lot of talent, there is a little bit of the push to trust these artists, that people support them and follow them as much as a national artist” and, thus, to be able to live completely from music. This 2021 is still a stage where the music scene is hit, without major performances and with actors trying to find new alternatives to meet themselves and their spectators.

In the last time, Charly's Fireflies also seek to collaborate with other artists, with other peers: covers of “Si un día vuelves” with the Swing of  Puerto Santa Cruz , “The best version of me” with Yamila Mayorga and “Ok” with Adrián Párraga.

“Te quiero libre” premiered on November 25, 2020 and continues to reap views on Youtube: more than 13,000 in just over two months is a great start for a local band that will look to be within different bands of the 2021 Gardel Awards. Fireflies De Charly continues to empower itself on the local, regional and national music scene.