The World Cup ended and several Argentine couples were winners in the different dance categories, as it could not be otherwise. 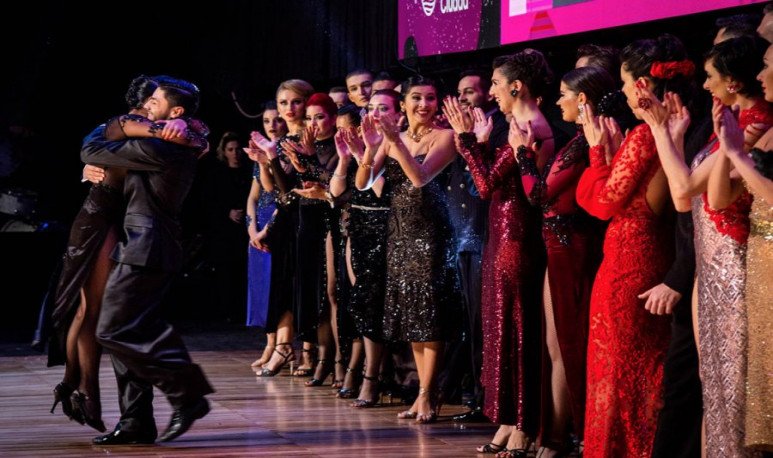 He finished at the  Luna Park  in Buenos Aires the Tango BA Festival and World Cup, with Argentine champions in dance. The big tango event, which took place in 54 venues throughout the city, culminated in dance competitions. In which couples participated 40 local couples and others from Colombia,  Uruguay  and also from  Spain , Netherlands,  Russia , Great Britain and  China .

In the category “Scenario”, the mastery of local couples was wide. The rionegrina pair composed by Estefanía Gómez and Fernando Rodríguez was the winner. Who shone to the beat of “Kicho” (from the remembered and talented Astor Piazzolla). And she was proclaimed champion.

Porteños Bruna Estelita and Julian Sánchez finished in second place. And the only male couple who reached the final (twins Nicolas and Germán Filipeli) finished third. Being the first time a same-sex couple has been up to the final instances of the competition.

Meanwhile, those who were champions with their skill for the 2x4 in the “Pista” cathegoría, were the Argentine duo Agustina Piaggio and his partner, Russian dancer Maksim Gerasimov, after a splendid performance.

As it could not be otherwise, the Argentines once again wore themselves in the different categories of the great contest of our beloved tango. Culminating a luxury edition, which also featured performances by artists from the national scene of great renown. Like Amelita Baltar, José Colángelo and the Sextet Mayor, among others.

“I made a lot of records leaving, this one I did staying”