This Argentinian dance is the Intangible Cultural Heritage of Humanity by UNESCO. 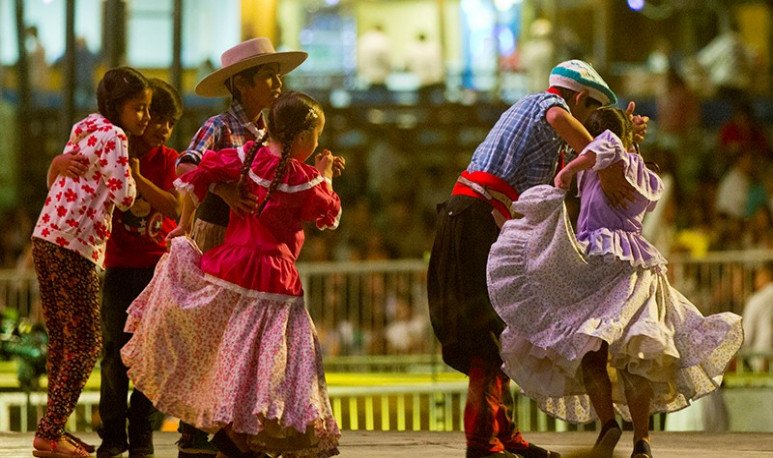 Popular dance, very typical in the Province of Corrientes, Litoral region, brings together great values, such as love for land, respect for nature and friendship among human beings, among others.

Northeast of Argentina, in the heart of the Litoral region, is the Province of Corrientes. Like its neighbouring Misiones and Entre Ríos, it is escorted by the mythical rivers Paraná and Uruguay, which give it a framework of unmatched natural beauty.

The capital city of the same name is one of the most important in the Litoral, with an intense daily rhythm and beaches that gather large numbers of tourists in summer. Meanwhile, in the interior of Correntino there are sites of remarkable spectacularity such as the Iberá Esteros, a wonderful wetland —the second largest in the world- with more than 4,000 species of flora and fauna — almost 30 percent of the species recognized in Argentina.

“It is an honor for Argentina and the Province of Corrientes this recognition by UNESCO. We congratulate those who have worked hard to ensure that this recognition occurs and adds to Argentina one more element to showcase this product internationally. Chamamé is a reflection of good hospitality, harmony and respect among people. It is another reason for world tourism to visit us and get to know our incredible culture in depth,” said the executive secretary of the National Institute of Tourism Promotion, Ricardo Sosa.

Corrientes is known for its traditions, such as mate, fishing and Chamamé. Precisely, the latter has achieved worldwide recognition by being declared Intangible Cultural Heritage of Humanity by UNESCO.

Undoubtedly, this achievement is the result of numerous Argentine generations who forged a culture of respect and camaraderie towards their neighbor. Chamamé is a dance that represents great human values, such as friendship, care for nature and good coexistence.

With sapukay as an emotional and strong cry, this dance is one of the insignia of littoral idiosyncrasy, which today is put in value all over the world.