We tell you all about this hard rock band that is making a furor with thousands of followers. 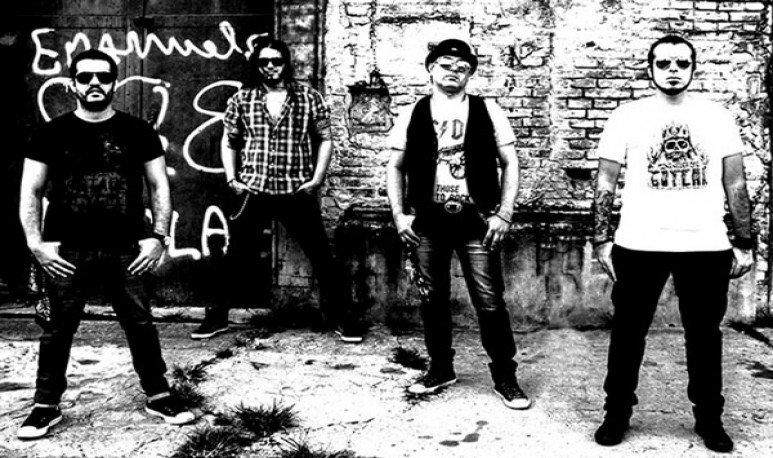 In the city of Resistencia, Chaco, in 2013 a group of young musicians decided to form a musical band that would be a furor in the province. The name of the  group : Keep Distance. This was decided by Franco Saavedra, in charge of vocals and guitar; Javier Mangini on guitar; Jorge Vera on bass; and Tito Sambarino on drums. These last two members would be the choirs of the ensemble. In this way, one more step was consolidated in the dream that these boys had in common, which was to shine on stage with their music.

First album and its subsequent presentation

The band's first album to be released to the music market was titled “  Sálvame . This achievement in the group's  history was recorded between December 2015 and January 2017. The influences that achieved the recording rode in a mix of grunge, hard rock, blues rock and some heavy metal. With it in mind, they were able to complement their style. Most of the group members had already experienced some recording in a professional studio until then, but in other projects. They were clear about all the technical concepts and what that meant. But for them,  save me , it was a group experience that would mark their hearts and minds. Such was the satisfaction they decided to present it in any possible way.

The presentation of the  album  was performed on various occasions, which were undoubtedly taken advantage of by young people. The first was in September 2017, in front of a large number of audiences at the Guido Miranda Cultural Complex. The complex is one of the most important auditoriums in the NEA region. In another event, precisely on April 21, 2018 in the auditorium of the House of Cultures, they welcomed  Save me with applause and ovations. The last stop of the album's performances in the province was in Resistencia at the International Biennial of Sculptures. They were ready for tours, so they decided to expand their horizons. Therefore, in 2018, they were presented at the International Book Fair in Corrientes and Posadas, Misiones.

In the latter time, they were focused on their second album, which was called  Wokey . It was released between March 2019 and June 2020, and some  songs can already be heard. Because of the quarantine they can not yet present it formally.

The atmosphere of music under in Chaco

While Chaco is a province where  talents  emerge at every corner, there is an inclination of flatly marked musical genres. Among them relegated to tropical music and, mainly, folklore. The group explained to local media that, for this reason, rock is relegated and less important. Therefore, it hinders the number of places to carry out shows of this kind with difficult dates to get. Another problem they highlighted is the preference to tribute bands rather than groups with their own themes. People prefer to spend 150 pesos on a band that plays covers, to pay only fifty pesos on another with their own themes. The guys at Keep Distancia believe that it is best to self-manage to carry the project forward, break schemes with their own rock, they explained to the local press.

The guys from Keep Distance continue to make a major impact on the Chaco rock scene in the same way they did in its beginnings. During this time of pandemic they are recording acoustic tracks of their own songs. They were even encouraged to do some covers of celebrities such as Lenny Kravitz and Ozzy Osbourne, also from well-known bands, including Motley Crue and Twister Sisters.