Home Argentine Music Cerati's cultural universe: what did he read, listen and watch the idol?

What was your first love in music?What place did culture have in its childhood?What books did he read? 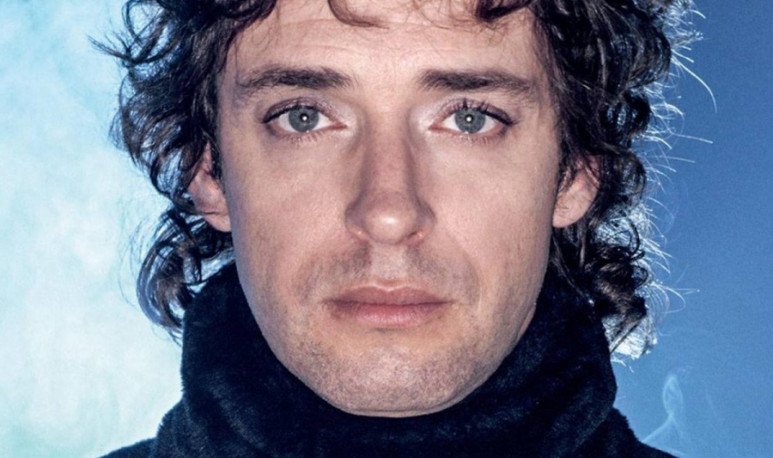 In this note, we remember him through his biographer, touring the things that inspired him and the cultural world around him.

Juan Morris is a journalist and editor, author of “Cerati. Biography”, a book that presents the person behind the character. With his help, we go through the edges and cultural character of the musician, to understand how they influenced his creative being.

To begin to understand Gustavo's cultural universe, the first thing is to understand the context in which he was born: in a lower-middle class family, in Barracas, when Barracas was a working-class neighborhood of workshops. His parents lived in a pension when they got married. They didn't have a college career or a great cultural background. But what was very decisive was that the mother, Lilian, had a great interest in culture. A great interest that your children were able to develop. She got up and took care of  it . Lilian was worried that there weren't enough cultural incentives at the school Gustavo was going to. She was involved in plays at the company. He had no cultural background, but if he had the desire, a desire he conveyed to him. I was afraid that at school they wouldn't give him enough tools. That's why he looked for a piano teacher for Gustavo to learn music. But they couldn't afford it and they had just moved to Villa Ortuzar, where there were no piano teachers. That's how he looked for a guitar teacher and Gustavo began to learn the instrument. 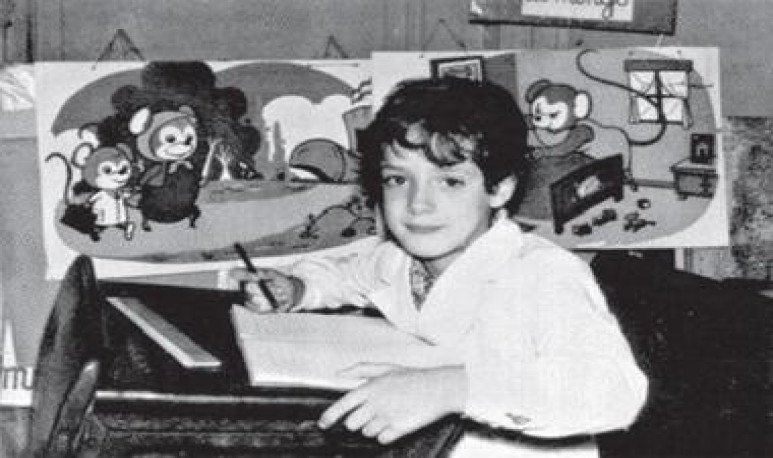 In his house there were no books, but his first contact with culture was through the comics . He liked Superman's and Tarzan's. His first approach to art was drawing. He really liked to draw. They bought him comics and the father, when he got back from work, bought him sheets for him to draw.

Beyond that there were some punctual references in his career -A thank you to Pizarnik in Yellow Love , a reference to Edgar Allan Poe in Delator Heart - he did not have a great relationship with literature.I read, but there are no authors who have marked his life. He read Rodolfo Fogwill , for example. and at a time of crisis he found shelter in a book by producer Brian Eno , from him took the advice to have the studio outside the house.

At 6, 7 years old watching El Clan Club with his family, he sees some Beatles imitators and that dismantles things. The next day he went to school, made a drawing of the Beatles and from there he began to be interested in pasta records.

This happens at a time that is a paradigm shift. Rock in Argentina did not exist yet. For women like Gustavo's mother, the model of romantic love was, for example, Armando Manzanero, and at that time Elvis appears that changes everything. Another male model is born and rock is also born. He lives, being in the first degree, the moment when the old paradigm begins to fall. Club Del Clan is a kind of mix of this: Romantics dressed as Elvis.

When he is in 4th, 5th, 6th grade, in the 70s progressive rock explodes. At that point he's really into music with his friends at school.

His first teen crush is with Yes, Genesis, Deep purple, Pink floyd, Jimi Hendrix. All those become their great heroes, and their sentimental formation in music is with them. This is not from his house but from his friends. His discovery of progressive rock happened in parallel to being learning to play guitar, so this encounter was very explosive.

One feature of his personality was to be very curious about the new, the future. He was a man in general without melancholy, he was not nostalgic and could be freed with some ease from the past. In music that implied a permanent curiosity , it was very melomaniac. He was always with one ear in the future. That made that, while he had been raised with progressive rock, he didn't think it was a crime in the 1980s the New wave , which “Soda” was very nourished.

His friends at school didn't likeSoda Stereoat all because it seemed a betrayal to them. Commercial music. They had a much more conservative view of rock and art, which Gustavo didn't share at all.

3 bands he liked a lot: Vetiver, Pacific! And LCD soundsystem

He was always in the next decade. That same curiosity was one of his great drivers of artistic growth. Because disco to disk was changing. No two albums of “Soda” or Gustavo are the same.

Together with his childhood and early adolescent friends, he was very interested in UFOs and phenomena such as the Bermuda Triangle. This in parallel with the school, which was a parish, marks the beginning of a certain life or contact with the spiritual. While he went to mass and played in the church choir, forward in his life the spiritual search was much more like that fascination with the supernatural than a religion. He always traveled around Latin America and was very interested in the Mayan civilization, the Incas, not for comparing them with supernatural phenomena, but because they have to do with a cosmogony, a worldview. The greatest search went through Kabbalah, Buddhism and philosophy. Over the years he had several non-classical spiritual quests. I saw a seer every so long.

At the time “It is always today” which is his separation from Cecilia Amenábar, he read Nietzsche, to Osho . It's a time when your family project falls down. For him it is a time of crisis because he had very middle-class aspirations and mandates. Beyond being very free, he had a mandate to start a family. It was a mandate but also a search. For someone who lived on tour, having something to bring it to earth was very important.

He was racing, but he wasn't going to the court or doing sports.

When he had a thrombosis in his leg and was forced to rest, he looked at allTwin Peaksand all the DVDs from a collection of Stanley Kubrick films .

While composing Fuerza Natural , in his farm in Uruguay, he saw Lost .

In a very successful career, the idea of embracing something that works well can be very tempting. However, Gustavo was always going to something different. He had a chameleonic ability. He always absorbed and assimilated.