Home Argentine Music Caminito on the side of the world

La Renga is one of the most important bands in our country. With more than 30 years of experience, they continue to rock like the first day. 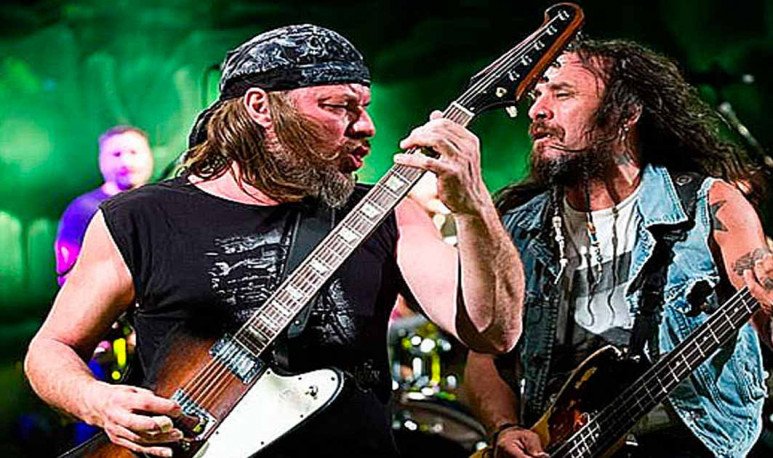 It all started on the end of the year in 1988. A group of boys from  Mataderos  (Buenos Aires City) came together to play themes of Creedence, Vox Dei and Manal.  31 years  passed and today they form one of the biggest bands in  Argentine rock . Does  La Renga sound to you ?

Gustavo “Chizzo” Napoli , Raul “Madness” Dilelio, Gabriel “Tete” Iglesias and Jorge “Tanque” Iglesias joined the group since its inception. Then they were joined by Gabriel “Chiflo” Sanchez and Manuel “Manu” Varela. Over time, Madness left the band because of personal problems.

Since its inception, La Renga refused to appear in the media. Reluctant to interviews, they became popular through the word of mouth of their fans. Edovando charcos,  his first album, was recorded in 1991 by pure lung. There were 1000 copies made by the band and distributed in their recitals. Then I would get  to where life takes me , in 1993, but in this case the demand he had forced them to sign with PolyGram label to achieve greater distribution.

Over the years, the band got something unusual in the record business. He managed to impose his own rules on Universal: he raised the royalty rate from 3% to about 20% for the album  La esquina del infinito . 40,000 copies were sold.

What characterized La Renga always, however, was its  independence . Without media exposure, since 2002 they have absolutely independent production. The band also refused to participate in festivals organized by sponsors related to alcoholic beverages.

They have, in a way, been walking along that “side of the world ” for more than 30 years.