Home Argentine Music Brassass: a lot of wind, and it's not the zonda

Brassass is a band of wind instruments that set trend in Mendoza. I met these musicians who dare to do something different. 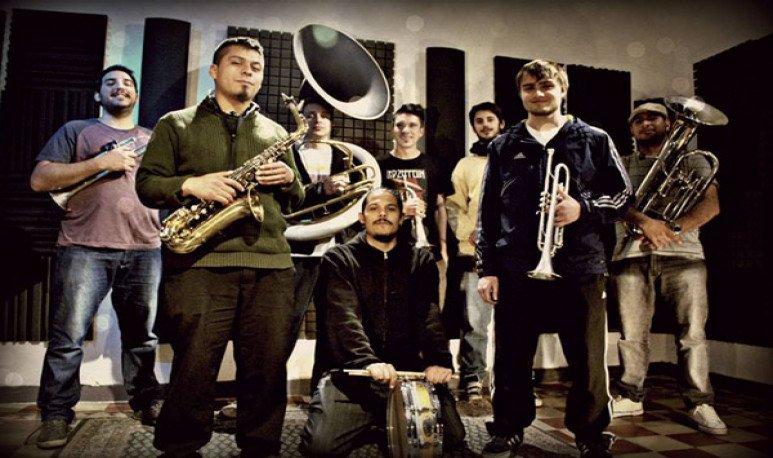 When you think of a music band, classic genres come to mind.  A rock band, jazzy, blues, cumbia, and many others.   When a child or teenager ventures into music, he also does so with classical instruments such as a guitar or drums, motivated by historical hymns of international music, but which do not escape from the above-mentioned genres. For all this is that  Brassass is a totally innovative proposal, where wind instruments are the only protagonists.

It is an ensemble of bronzes, drums and percussion instruments,  performed by 9 musicians . And when we talk about musicians, they are not only ex officio, but  the vast majority are studied and graduated in college.   That makes them understand absolutely everything they interpret, from notes, chords, octaves to setting the bar and rhythms only with the winds. These types of formations, with musical ensembles, are known as brass bands, for their meaning in English, referring to the family of aerophones that make up the group.

Born in Mendoza and with great projection in Latin America,  it is one of the first groups of style in the country, compositions and arrangements are their own, and within the world of instrumental song encompasses genres such as jazz fusion, hip hop, soul, rock, and basics, and mixtures rc iacute; Latin American tmicas with a strong and particular way of sonar . Metal instruments have so much power and strength, that when they play live they do not need to be amplified, generating a unique sound for the present audience.

His songs are his own compositions. And here all its members participate: Lucas Lucchetti, on drums; Leonardo Altavilla, trumpet and composition; David Tchrikishvili, trumpet; Rodrigo Martínez, trombone; Job Nero, trombone; Leandro Riolobos, horn; Emmanuel Cruz, contralto sax; Guillermo Levis, and baritone sax and Abel Manzotti, tuba. They all started from a small age, but after various work and studies, they concentrated on metals, with training at the School of Music.

The magic of Brassass is that wind instruments are the protagonists and they are at the front on stage. Something totally atypical, if we emphasize that usually any wind arrangement that is made in a live touch, stands at the bottom of the scene.  In addition, it is the only brass band in Mendoza, and one of the only ones in the country, since there is only one in Buenos Aires. Although Mendoza are the only ones who play their own themes. 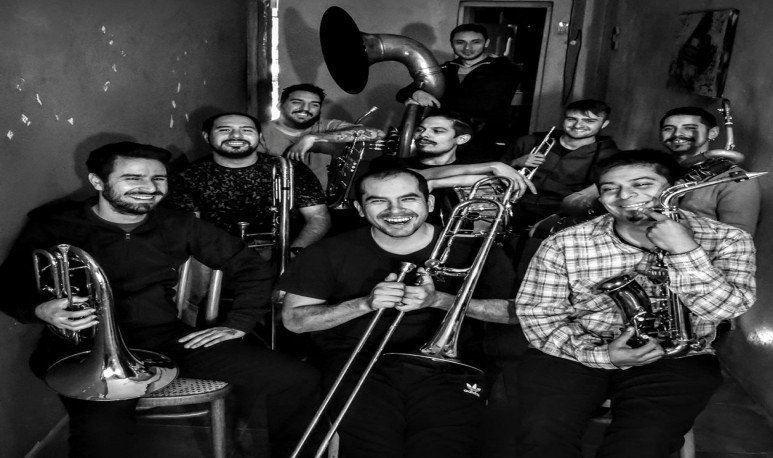 In 2017, the band released their first album, with the same name: Brassass. From that moment on, the band, formed in 2015, has not stopped growing. They expect to make their second album by the end of 2021. While its strength is to know how to combine instruments and musical genres, this time the focus is on giving Latin American music a space and thus reflecting the urban sound that is found throughout the continent.