Biomas presented his third album, “Metadata”. We tell you the story of this band whose founding members met on a flight. 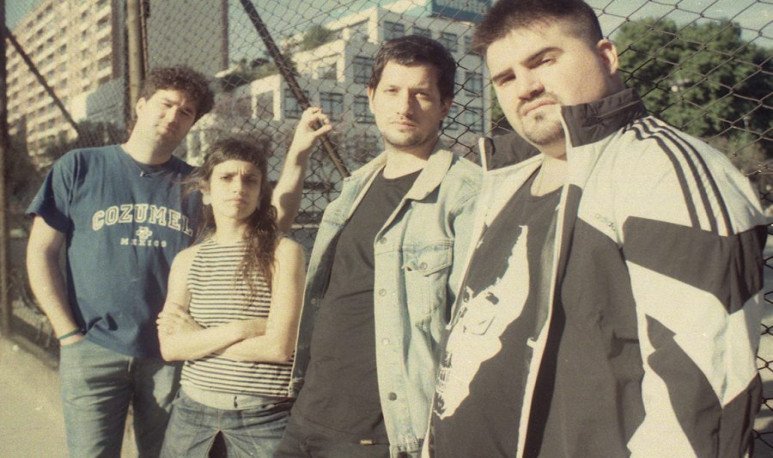 Any moment, any encounter, can be the beginning of something new. This story begins in 2015 with  two musicians  who met on a flight.  Maximiliano Román and Danilo Miocevic  agreed, for those things of chance — or the universe — on a plane traveling from  Neuquén  to Buenos Aires. Talking about everything a little, they sensed in that meeting the seed of something else, from there was  Biomas , a  band  that already has three published albums.

Román (guitar) and Miocevic (vocals) then joined  Hernán Mora  (drums),  Lionel Beliera  (bass) and  Estefanía Borges  , graphic designer of the band. Biomas released his first album,  A le la , and began with a series of  live shows  between 2015 and 2016. Roxy, Club Araoz, Libario, 35 mm, were some of the locals they visited in the  city of Buenos Aires .

At the end of 2016, Beliera moved away from the group. The  band  locked up for a year in the studio to prepare their second album. In 2018, finally, came to light  El returno de los sorceros , produced by Martín Misenta and mastered by Briton Matt Colton in London.

It was then that a new bassist Agustina Lloret joined  Biomas  and the band returned to the  stage . In late 2019, the group entered the studio again to record their third album,  Metadata , with the collaboration of Delfina Campos and Aníbal “Vieja” Barrios.

If you don't know them yet and want to listen to them, we leave you the video of the song  “Don't wake up” , which you can find on the last album. You can also listen to them on Spotify.