Home Argentine Music Ballad for a madman: the beginning of a legend 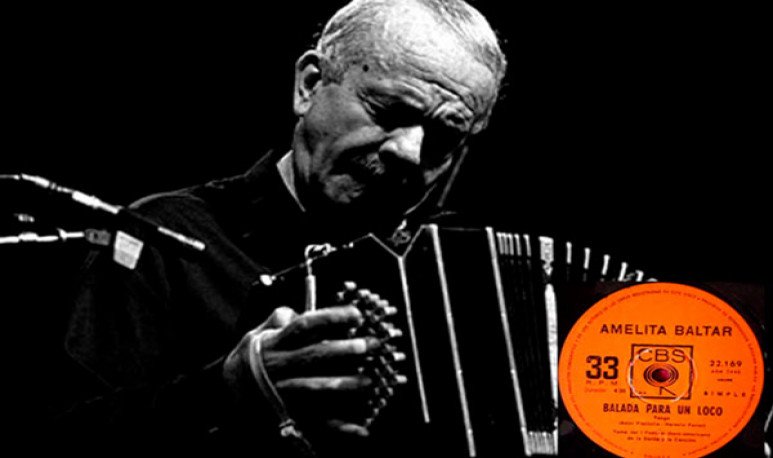 It was November 16, 1969, around 21 h. I was in  Luna Park  with Lino Patalano and a group of twentieth friends, sure that the “Ballad para un mado” would win the prize for the best song in the category.iacute; to  “Tango”  at the Iberoamerican Song Festival, since it was “vox populi” that much of the jury that included prominent figures such as Chabuca Granda and Vinicius de Moraes They had her as a favorite in that area. The topic had already raffled the knockout instances — we had been at all — and every time I listened to it, something was stirring in my chest without leaving room for another music or another voice. He had arrived a finalist with another tango with a title that had something to do with trains and whose stanzas full of common places, Jorge Sobral had defended with the dignity of a gladiator who is aware of the kind of enemy he had to face.

That decisive night, when the Ballad was turned, Amelita Baltar appeared on stage wrapped in a gauze shawl and I wanted a Goddess. The first and so characteristic valseadas notes began to sound and, while she told us “the one that is me from the streets of Buenos Aires”, immediately a roar that was going to last throughout the song rose from the  stalls . A roar in which the admiration of those who felt history was being made, with those who had stayed there in time and insulted it, throwing coins to the stage and sending it - among other very beautiful  porteñas  - to wash dishes. We were almost without a voice screaming braves. When the result was finally known and we found out that the ruling relegated the Ballad to second place, we couldn't believe it. Inexplicably they had given the distinction to the “tango de los trains” that respected rajatabla the 2 x 4, spoke of loving disappointments, suffering mothers and drunken tear and for whom there could not be melons on the head, crazy screaming and much less people running around the cornices with swallows on the engine. Then we learned that the cause had been that other members of the jury, much more orthodox and traditionalist, had changed the rules of the game by creating a “popular jury” in whose hands they left the final decision. Something equivalent to what Tinelli's phones were many years later.

The next day, Astor, the Quintet and La Baltar debuted at the Regina Theatre with a recital that closed with the Ballad. At the end of the show, the audience broke out in applause and while they greeted accompanied by Horacio Ferrer, we — those same twentieth who were still dysphonious because of the cries we had hit the night before — began to throw roses on stage. The first — by chance — ambushed Astor who still sensitized about what happened at Luna Park, tried to avoid her thinking it was a stone.
That night - like all those who followed during the cycle - we were in charge of selling at the exit of the public the simple 45 rpm that had on one side the Ballada for a madman and on the other to Chiquilin de Bachín. That record was hot bread and as such they took them out of our hands, hundreds. And while people were leaving the theater humming la Balada, outside it was early morning, it was hot and the sky was starry on Avenida Santa Fe.

No more than 24 hours had passed, the Ballad was already beginning to become a legend and nobody remembered the song that had won the Festival.

The dream of honoring Piazzolla