Home Argentine Music Astor Piazzolla: with the force of the sea

Who is the man behind the genius? We tell you the first years of Astor Piazzolla and his intense relationship with the sea. 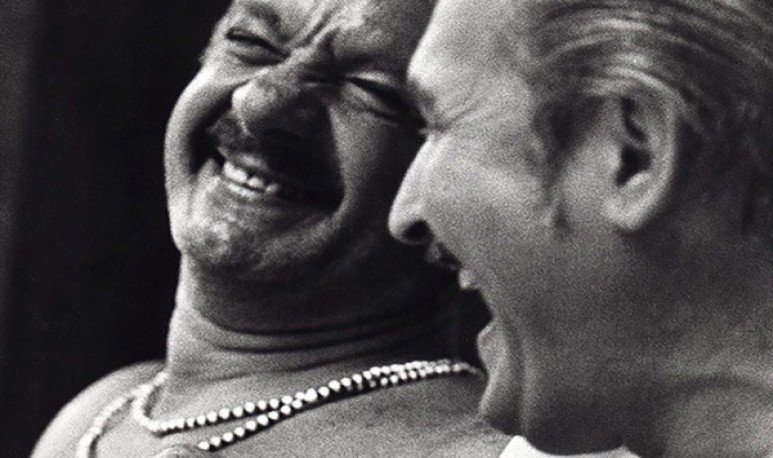 We are the places we walked, the people we crossed, the stories we live. The place where   we were born   says a lot about us. It marks us, defines us. If we talk about an artist, it is impossible that that essence is not transmitted to his work. If we talk about   Astor Piazzolla   , that essence has to do — to a great extent — with   the sea   . Piazzolla spent his childhood among   Mar del Plata   and   New York City   , and from both cities he absorbed experiences that — over the years and perhaps without noticing it — transmitted to his work. But it was the sea that undoubtedly gave their compositions the rhythm,   force of the waves   that burst against the shore and then retreat, calm down, to come back for more.

But let's start at the beginning. Does exactly   100 years   , on March 11, 1921, came to the world the first and only son of Vicente Piazzolla (does it sound to them”     Nonino     ”?) and Asunta Manetti, both sons of   italian immigrants   who had come to   Mar del Plata   in search of a better future. The first name of the boy, Astor, was chosen in honor of his father's best friend. Pantaleón was his middle name, in honor of his paternal grandfather, a sailor who inherited little Astor his   unconditional love for the sea.

Since he was very young, Astor had to go through several operations due to a   malformation he had on his right leg   . Despite that, this was a little skinnier and a few centimeters shorter than the other, which meant a weight for him throughout his life:   I hated to be called “rengo.”   . At only 4 years old, he emigrated to   New York City   with his parents, where he grew up in a slum where violence was a common currency. This,” said Piazzolla, “helped him to forge his character. It was the times of the Seca Law in the United States and his father made and trafficked alcohol, so   contacts with the mafia   were also part of his family's everyday life.

They say that, at that time, he was a   naughty boy   , who was on the street a lot. His father taught him   box   since he was very young to have more self-confidence. He gave him some gloves. But, at the age of 8, Nonino gave another gift to his son that would forever change the course of his life and   the history of tango   . In a pawn shop,   bought a bandoneon and took it to Astor   . His father was convinced that the boy would go far, that he would leave a mark. With that bandoneon he began his relationship with     tango     , a relationship that would accompany him until the end of his days and become a whole   revolution   .

In 1930, with the bandoneon as a new member of the family,   returned to Mar del Plata   . There Astor began his musical studies. His father insisted that he should devote time and effort to music. However, the stay in Buenos Aires took a short time: the crisis of the 30th was already showing its effects in our country. Vicente put a hairdresser (trade he had learned in New York), but things were not right.

In less than a year,   decided to return to the United States   , where Piazzolla would know nothing more and nothing less than     Carlos Gardel     . The anecdote of her participation in the film is famous   The day you want me   , in which Astor plays a little canillita. And then, once again, Nonino took care of twisting his son's fate, when the Creole Thrush invited him to participate in his tour to Medellin, and he did not allow him to do so. Had it not been for that refusal, Piazzolla would surely have been one more of the fatal victims of the accident that took Gardel's life.   And the world would never have been able to enjoy his music.

Piazzolla, the sea and the sharks

In 1937, the family definitely returned to   Mar del Plata   . Soon, a teenage Piazzolla   departed for Buenos Aires   to expand into his music, and the rest of the story we already know it. But   Piazzolla's tie with the sea   it wasn't over there. As a young man he spent his summers in Mar del Plata, where he used to go out to   swim 500 meters offshore   . With his first wife and children, that tradition was preserved.

But there was another passion that Piazzolla had, which he himself compared even to music:   shark fishing   . From his cousins he had inherited the love for that practice, which he continued to realize throughout his life. ”   If I can't get a shark anymore, it means I can't play the bandoneon anymore, and vice versa”   , he is heard in the recording of a talk between him and his daughter Diana, which is part of the documentary   Piazzolla: the years of the shark   (2018).

Over time, his summer place moved to   Punta del Este   , a decision that perhaps generated some suspicion among Marplatan neighbors, who may not give him the recognition he deserves to his most prodigious son (although in the city there is a street, a theatrical hall and an airport with his name). In the Uruguayan city he embarked on Monday, Wednesday and Friday with   Dante Rinaldi   , a sailor who became a great friend of the musician, so much that he composed   the tango   ”   Escualo   ” in his honor.

Understanding man helps us understand the artist   . From a proud father, who trusted that his son would be great, grew a man determined to make his art despite criticism.   The sea, the fury of the wind and the waves   , the street, they forged his temperament. Beat the   sharks   , escape from the ghosts themselves. The light and darkness of genius.   And all that, in his music   .

What would have happened to Piazzolla without the sea?

Andreychuk, L. (January 17, 2019). “The sharks of Piazzolla and the myth turned into body” in   The Littoral   . Available in   https://www.ellitoral.com/index.php/id_um/188089-los-tiburones-de-piazzolla-y-el-mito-convertido-en-cuerpo-a-proposito-del-ultimo-documental-de-daniel-rosenfeld-escenarios-amp-sociedad.html   .

Santoro, W. (March 16, 2020). “A childhood with all seasonings. When Astor meets Gardel” at Fundación Internacional Carlos Gardel. Available in   https://fundacioncarlosgardel.org/suceso/una-infancia-con-todos-los-condimentos-cuando-astor-conoce-a-gardel   .