Home Argentine Music Ariel Arroyo, an artist in the south of the sky

A reference in Patagonian folklore, Ariel Arroyo sings from the identity he was building in his childhood. 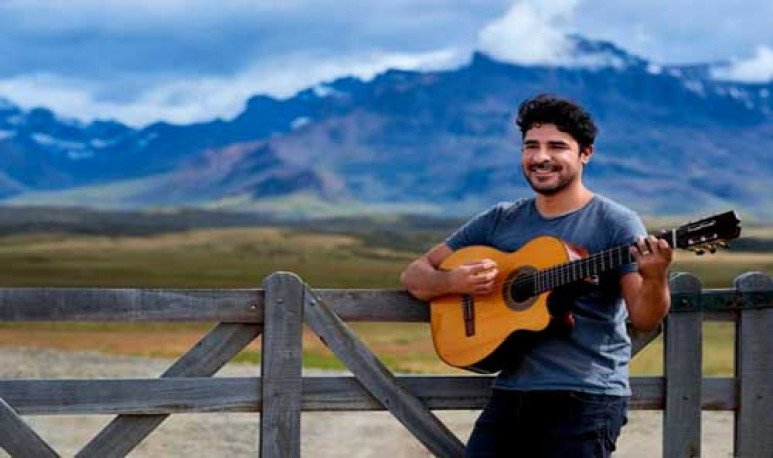 Born in the town of Santacruceña on November 28, in the Carbonifera Basin of the River Turbio,  Ariel Aroyo is an artist who represents with a strong sense of belonging the sounds of  Patagonia  and history of his province , being a reference in the testimonial song.

His bond with music began when he was little, when he was only ten years old. With the hand of his father he began to perform the first chords on the guitar and would be the first steps as a reference in popular music in Santacruceña. He traveled  a path that led him to share the stage with prestigious artists and get to sing on the stage  Atahualpa Yupanqui  of the  Cosquin .

Son of  Tucuman parents, since childhood he was building an identity well of the south, well Patagonian , with the struggles and vicissitudes that life in the south of the country entail, and that feeling is what Ariel Arroyo transmits in their songs.

“ My music is Patagonian because I am Patagonian. I build from that identity . It has to do with my childhood. With the history of the village where I come from. A mining town, a fighter par excellence,” recounts the singer-songwriter who, recalling his first years of life, said that thanks to his parents he had a childhood “wonderful, full of innocence”, something he understands is fundamental for anyone.

He is also grateful to be part of a family in which there was always an abundance of interest in art, and mainly music. When you look at it in retrospect, those are the elements you feed on so you can compose and say what you want.

In 2016, his first record material,  Al sur del cielo , was released . A work that has 12 songs, most composed by him, except for two works that are by two other musical references in that province:   Hugo Giménez Agüero  and  Eduardo Guajardo, “El Guaja”  , of whom he played “Chaltén” and “Colores de infancy”, respectively.

The album was recorded between 2014 and 2015 in the mythical ION Studio — the same in which the  Encuentro en el Estudio cycle was recorded, with Lalo Mir— and mixed by the historical Jorge “Portuguese” Da Silva. The production did not go unnoticed and was declared of cultural interest by the National Senate.

In  Al sur del cielo also gave the luxury of singing with   Peteco Carabajal , Milena Salamanca, Carlos Moscardini, Eduardo Guajardo, and with the participation of the late writer Osvaldo Bayer.

Although four years passed after the release of that album, the singer-songwriter of the basin premiered this year the video of "  Patagonia Rebelde "  — the same song adorned on the album Bayer —, produced and edited entirely by him, in view of the economic difficulties that arose in order to afford it. The choice of that play was not random. In principle because, when he recorded  Al sur del cielo , audiovisual material of his visit to the writer was recorded in “El Tugurio”, as his house was known.

On the other hand, as a person interested in the history of his province, he proposed with the video to help arouse interest in the events that occurred in the 1920s, in which the army ended up killing striking workers in that province. “The one who writes or composes has to be a chronicler of reality — or in this case, of history — and always be attentive,” says Arroyo.

After  Al sur del Cielo and the presentation of the video clip, the singer-songwriter on November 28 continues to work and is in the preparation of his second record material,  Patagón.  Thus, he continues to compose and tell about the place that saw him born and grow.