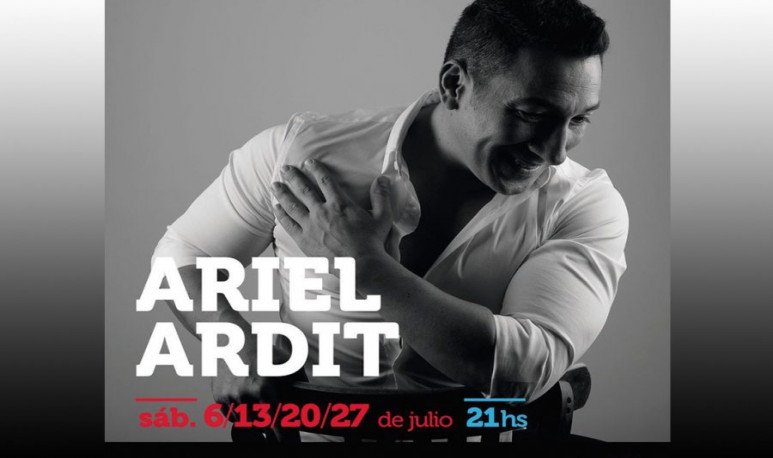 The popular singer  Ariel Ardit  is one of the most important references of his generation. He will start a series of concerts in which he will review his career and advance new topics. It will be this Saturday at 21 at  Bebop Club  (Moreno 362, Capital Federal).

With seven albums released as a soloist, Ardit is preparing to celebrate his 20 years with
tango . He has several awards (Konex Platino 2015,  Carlos Gardel  2015 and 2017) and two Latin Grammy nominations.

This series of presentations will be every Saturday in July. He will be accompanied by Andrés Linetzky on piano and arrangements, Ramiro Boero on bandoneon, Pablo Guzmán on double bass and Manuel Quiroga on violin.

Born in  Cordoba , but based in Buenos Aires, Ardit was the singer of the orchestra El Arranque. He recorded four albums with them.

From 2010, he began his solo career with the album “Doble A” with guitar accompaniment. This was followed by “Side B”, in tribute to  Homer Manzi , and “Neither more nor less.”

In 2010, Arie Ardit   managed to realize his most ambitious project so far: to put together his own typical orchestra, directed precisely by Linetzky. They burned a CD and a live DVD.

In July 2014, he made a special program in homage to  Aníbal Troilo  on Public Television with the direction of Héctor Larrea. He then took the repertoire to the Lodz Tango Festival in Poland.

In addition, he presented his latest record work “Aníbal Troilo 100 años” at the Teatro Ópera. He also held the closing of the Book Fair in Guadalajara. Finally, he performed in the Colombian cities of Medellin and Bogotá.

“There is a lot of curiosity about Argentine folklore in the US. US and Europe,” said Mavi Diaz

“The future of tango is definitely plural”, agree Mantega and Schissi