The continent's first lyrical pop group, Hero, advances their next work. And we're excited about Falklands.

Hero's dream begins in 1996 with Alejandro Falcone, who discovers in Andrea Bocelli's classical crossover the spell of his passions for popular music and opera. A dream that came true almost twenty years later with the  edition of the first album produced by Emanuel Ortega  and the full room tours of the first Latin American lyrical pop group. With musical aspects that differentiate them from the world famous  Il Divo and Il   Volo  ,  Falcone with Federico Picone, Estrella de Mar Award 2015, and Sebastián Russo, tenor of the National Polyphonic Choir , move in their shows with a balanced repertoire of arias and classics from our songbook.  Hero in every show lights epics sometimes, or romantic others, those melodies that we will never forget .

Journalist: How are they different from international groups?

Alejandro Falcone: We have small big differences with outsider outfits. They work hard as if they were soloists and we are more vocal. We try to be very rich in arrangements and in no song do we sing a whole stanza.

Q: Is it difficult to choose the repertoire in the demanding lyrical pop?

AF: A very big risk is to fall into ridiculous For example if I sang Diego Torres's “Color Esperanza” would sound medium rare. There are songs that lend themselves harmoniously and melodically, and others that do not, even if we would like.  Songs are sought with little text, rather slow, and adage or romantic.  We are flirting with the classic arias of “La Traviata” or “Tosca”, with vocal licenses because they were designed for soloists, and we add them to popular songs that lend themselves as my  “   Buenos Aires Querido” We do this tango with respect electronic version , the 2 × 4 has a lot of electronic gear of the boliches.

AF: We had other Argentine rock songs but when we went to Palito Ortega's studio, where we recorded the first album, the sheet was framed with the lyrics divided between  Mercedes Sosa and Charly García . And it was such a strong sign that it almost marked the way for our visit to Falklands in 2019.

Q: How do you rate the experience in the Falkland Islands?

AF: The most important journey of my life. It never occurred to me until my producer proposed it and it became a sacred mission that week. We started in January, and after a lot of paperwork entering a NATO militarized zone, we arrived in April. If it's complicated for anyone who wants to travel, from anywhere in the world, imagine Argentines who plan to shoot a video. I think the British intelligence service knows even my eye number (laughter) We were watched all the time.

You can't move on your own on the island . And you are only allowed to travel in Puerto Argentino.  Argentines are restricted outside that perimeter.   You can only rent vans with drivers appointed by the English government, and we were going out at seven to film the three videos, and so we traveled all Soledad Island, with two Chilean guides. We shared mate, meals, camping, lives. And the big surprise was the last day, at the airport, that we saw our guides as controllers. So they were people who also worked for the British Security Service.

We talk to them a lot, even with one I'm still in touch, and  they have a very biased vision against Argentine rights . For example, they were surprised that the islands were geographically linked to the Argentine seabed, something that is very simple to see when flying on a sunny day to the islands.

Q: Did you record three videos?

AF: The first thing we did was film Leonard Cohen's “Hallelujah”, in homage to the fallen.  Then we performed  Charly Garcia's “Disarm  and Bleed” in tribute to the fighters.  There we were lucky enough to meet twenty-five ex-combatants and their families. We knew that more than five Argentines gathered meant arrest and deportation.  How were we going to shoot a video with forty-six?  Then we went through the city and, luckily, we found an office in a breakwater, half hidden between a couple of trucks. So on the last day, and knowing that we were already back in case they stopped us, we called our compatriots at five o'clock in the afternoon... A unique moment was the end of hugs with the Argentine flag in the background. What we are looking for with that is to tell the world that Argentines want peace, love, and we repudiate war (a sob is heard) Sorry, I remember, and I cry.

Q. And the last was a topic of you, “United for Peace”

AF: Our first original song with  Ricardo Mollo's guitar and Susana Cardonnet's piano, that is one of the best rock and lyrical songs in a song . The images for this video were recorded in the Argentinian and English cemetery. A reduced version was already seen in a Billboard streaming and in December it will be the official premiere as a preview of the second CD. The new production will include “A mi manera”, a medley by Luis Miguel, and many well-known arias.  Some of them are advanced in our own streaming and in a show in an autotheatre in Escobar, to benefit the last one for the hospital in the area — available soon on the networks of Heroes @heroeliricopop.

Q: In their concerts they talk about the pride of national traditions, what does it mean to you to be Argentinean?

AF: It's all the things that identify me and explode in my heart. For example, I get goosebumps when I notice Argentine solidarity in this raw reality. I hear acquaintances who want to leave the country and think where you are going to find the wealth of landscapes, and villages, that we have from La Quiaca to Tierra del Fuego. Ladies and gentlemen, let us take care of and live in a country of a mixture of lands and cultures that make us truly unique. 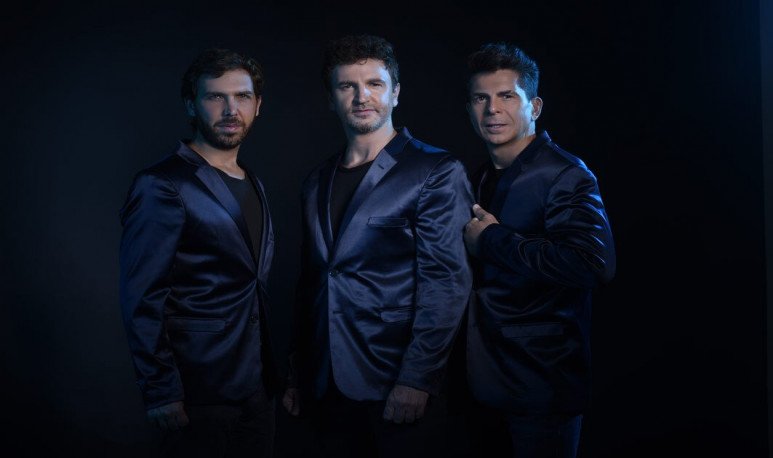