Home Argentine Music And the devil stuck his tail: the story that could not be

Due to his tight economy, Carlos Gardel was about to sign a contract that would change his career, but the tragedy got in his way. 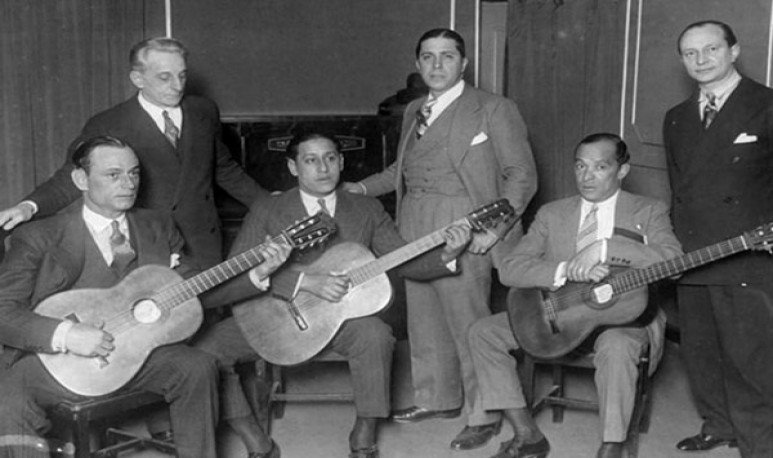 There was always speculation with  Gardel 's fortune, although the truth is that by 1932 his economic situation was adjusted. In January 1932 he wrote to Defino  “...  Just holding a little time around here, I hope I'll get out of my debts and be calm . ”  Only in April 1935 was he able to settle the mortgage that weighed on his house of Jean Jaures 735:  “... I'm glad   you finished business Bank, because it was another nightmares   I got off  my head.” After the normalization of his accounts Gardel began to think about his future from a business vision, projecting himself to  film  and  radio .

One of the lesser-known stories that demonstrate these facts is the most juicy radio contract in history, so far, that was about to be signed on the very day of the tragedy in Medellín, in which Carlitos lost his life. These facts were reported in the magazine Radiolandia in 1937. To date Gardel for his economic situation had accepted contracts to sing what he did not agree on, one of them is the Toro wine program in which Gardel played the song “Tirate un lance”, a theme neglected by Gardel. 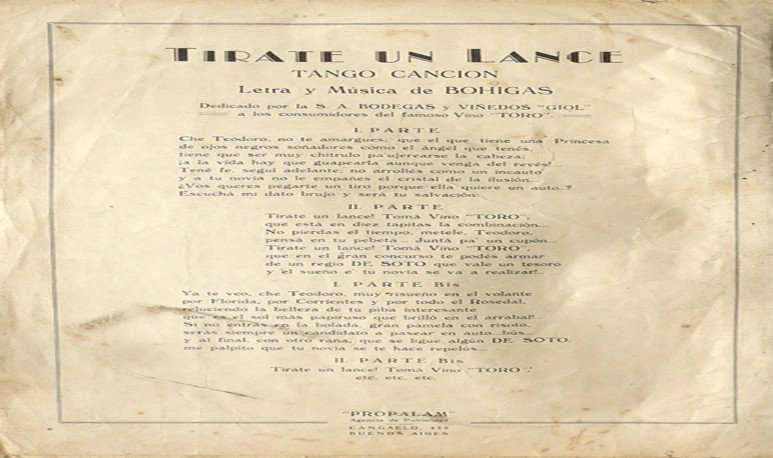 José A. Zatskin — “ I think that the one who paid Radio America was the first big salary paid on our radio telephony to any artist”  — begins by telling us Mr. Zatskin. Gardel was returning from Paris — where he film— “Lights of Buenos Aires” —and his proxy went to see me on Radio America. Carlitos himself had wanted, first of all, that the offer be made to me. And the contract was briefly talked about:

— How much Carlitos is worth monthly?

“ I did not have,” says Mr Zatskin, “no announcer or any project. But Gardel's name was worth all the factors against it. His subsequent performance gave me the reason, for he was brilliant, like all his. He sang an hour a day, without interruption.

Twelve or fourteen consecutive songs. There is a detail, in such a performance, that deserves to be told, because it indicates the simple spirit and huge heart of the singer.

The advertising in those auditions of Gardel had been hired by a wine selling firm, which put as a condition a tango allusive to drink, as the final characteristic of each day. And what is worse, Gardel himself had to sing it.

Knowing Carlitos and refusing flatly was all one.

“ Please sing as you like, but sing. It is an indispensable condition of the contract.

“ Look at Zatskin. As good friends we break the contract, I promise you not to go to any other radio, but that tango I don't sing it.

“ Several days passed,” the former director of Radio America tells us, “and two days before the start of the series of auditions, I decided to play the whole for the whole.

I went to see him at his house, then lived with his lady mother and was still in bed:

“ I come to see you,” I said, “because I'm in a difficult situation. I quit Radio America, and I want you to know that in the first place. I had pawned my word that you'd sing the blissful tango, and since I can't help but break the contract, I'm leaving broadcasting.

- Well, what to confuse. I've sang so many bad tangos in my life that for one more the world will not end. Let's see if on a whim of mine you're gonna end your career on the radio.  ..  The huge heart of the  Creole thrush  had stood before his wounded self-love.

“ And he sang the song of the case daily,” concludes Mr. Zatskin. The things he did while he played it will never be imagined by those who didn't know Gardel intimately. He was a big boy who would get anything from. He was always a child, but his heart was that of a strong man. That because of friendship he would have given shreds of his own life.  ”

Historical data says that, from the two-month contract, Gardel sang on the radio only one. Details of what happened just a month after the debut are unknown, but it is likely that Gardel's disagreement with the jingle was the reason.

The contract that wasn't: Cafiaspirin was going to pay you $45,000 for thirty hearings.

A transaction that was precisely carried out in the offices of  Radioland  on 24 June 1935, at six o'clock in the afternoon.

In the direction of our magazine they talked about the contract, ready to be signed,

Armando Defino, proxy of Gardel, and Mr. Evaristo J. Boria, head of radio advertising for “Farmaplatense”. All the details were finalized. And Gardel's advertising presentation began to be planned, while the city was already entering the shadows, as if the catastrophe was pretending. They were the last moments of that conversation. Already hats in a hand and the right-handed stretched in a cordial grip which sealed the greatest contract of all those carried out until then on our radio telephony.

Suddenly, with the brevity of bad news, it vibrated in the excitement of all the cable information. Gardel had died. And a knot of anguish was made in the hearts. The tragic moment of that Buenos Aires afternoon was never revived, when in the middle of Corrientes Street a new stage of the bright life of the star was being forged. We wanted now, after two years, for one of your interpreters to talk about Gardel. Let Mr. Boria himself tell us some details of that fabulous contract by then.

And doing a stop in his daily work, surrounded by employees waiting for his orders, in the feverish atmosphere of his office, he has paused that task and renews his impressions of that June 24, 1935.

— I confess that I was then experiencing intimate and enormous satisfaction. I had gotten from the board of the firm I worked for, the agreement for the figure we would pay the singer. Justice had been done to his merits as an authentic and incomparable ambassador of the national songbook. (we were getting ready to start advertising

his auditions, already accepted by both parties the contract, surrounding Gardel with the affection and seriousness he deserved and that we always use with our artists. An advertising campaign had never been raised with such zeal. Even in the smallest details. Gardel was going to be with his village, on all the bright edges of his personality .

multiple. He was the ideal artist — and in this forgive the advertiser— for the product he was going to spread with his extraordinary popularity. We knew that if three million people can listen to radio, ninety-five percent of them would tune in to their auditions. The catastrophe in Medellin gave land with his life and with all our hopes. And there were so many of them that we didn't even look for a station we had taken care of. We knew fully that whatever wave he acted, Gardel's success would be the same. Until then, the businessman has spoken, the advertising expert who lives in our report. Then the man speaks, admirer of the idol.

“ When I heard his death, like all of us who were in Radioland that afternoon, there was an irrepressible emotion in me. Death triumphed where we planned the future life of the great boy who was Gardel. I haven't forgotten the moment, nor will I ever forget it. Perhaps that is why, every time I have seen it animated on the canvas of some cinematographer, it seemed to me to revive the bitter taste of that twilight, in which floating in the room where the subject had been invariable and pleasant was the pain of its loss. An irreparable loss for radio, song and all popular art in   this country. 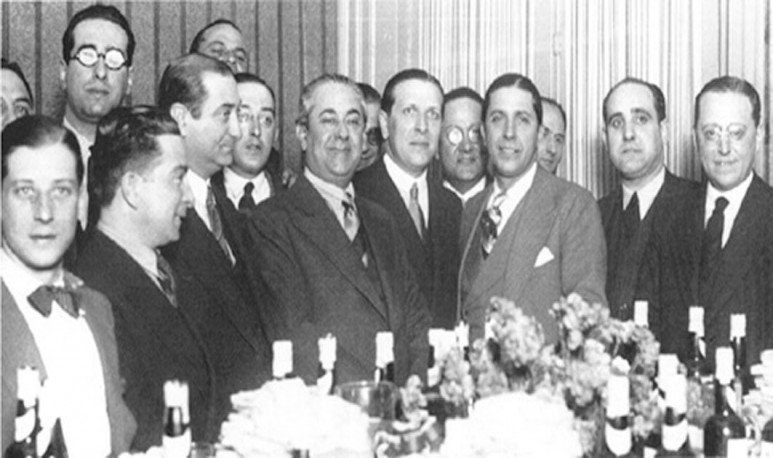