Héctor Nardi's declaration as illustrious santafesino crowns an extensive and delicious career in music in the province. 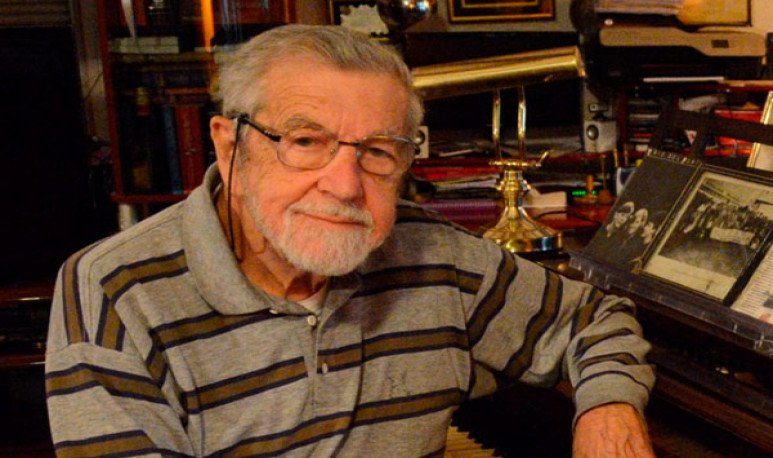 Recently, it took place in the capital of Santa Fe, one of those  distinctions  that we all hoped to see. By virtue of his career and outstanding cultural contribution to the city of Santa Fe, the City Council  honored the figure of Héctor   Nardi   as “Illustrious Santafesino”  . The ceremony took place in a virtual event with the presence of authorities and representatives of different musical institutions from different parts of the province and the country.

Perhaps the main reason Nardi is known is his experience in choir management. But  his contribution to the music of the province goes much further . He is a cultural actor who deserves to be remembered for various things. Some of them will try to synthesize them in this note.

Nardi  will be 90 years old in a few months . At six, he started playing the piano. Hector acknowledges he wasn't a precocious like Mozart.But the instrument helped him to structure his future disposition to music.

Music was becoming present throughout his family . Such was so, that the Nardi family were a kind of  “  Von  Trapp santafesinos” . The whole family group, from the largest to the smallest, executed precious pieces of camera, on the most varied instruments. In December 1970, performances were born. That was the first public performance of the Nardi family, with  children's songs and Christmas carols  and was the release “for export”. First in the province and then throughout the country, they were presented in recognized programs of the time:  Circular Saturdays  of Pipo Mancera, in the program  Los Mejores  by Juan Silber and  Almorzando con  Mirtha Legrand  . Then  they toured all the Americas and Caribbean Islands . After ten years of touring the country and the continent carrying their songs, the Nardi family retired from the stage.

The choirs wouldn't be the same without   Nardi

An extensive and fruitful artistic career characterizes his work, manifested through the direction of numerous choirs and important choral and instrumental organisms in Argentina. But  he also directed in Chile, Paraguay, Uruguay, Brazil, Europe and the Middle East . He has created and directed more than ten choral groups in our country, making international tours with several of these.

To all the aforementioned is his contribution as a  teacher in the choral specialty  at the Municipal School of Santa Fe where he was also the creator of the Children's Department. There many children, today adults, took their first steps in the arts, especially in music. He also  made an invaluable contribution from teaching at the  Instituto Superior de Música of the Universidad Nacional del Litoral, establishments of which he was also director. He joined the Santa Fe Provincial  Symphony Orchestra  , as viola performer, and since 1987 he has been part of the Entre Ríos symphony orchestra in that role.

This trajectory was recognized beyond the city limits , by the Argentine Choral Network, along with the Culture Directorate of the Chamber of Deputies of the Nation. Both awarded an honorary diploma in recognition of their career. Among many other distinctions and awards.