Associated forever to the great Ástor Piazzolla, the Baltar is a tanguera model that is still waiting to be heard. 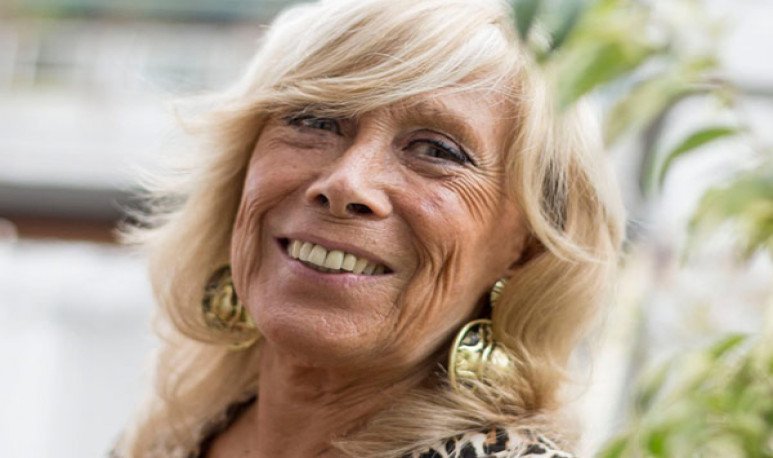 María Amelia Baltar, Amelita Baltar , (Buenos Aires, 1940) took  tango  to new artistic terrain in line with contemporary Argentina . His way of singing, which abreva folklore such as jazz and bossa nova, radically transformed the genre and opened another door in the renewal of the Buenos Aires sentiment made song.

Daughter of an aristocrat family coming to less,  Amelita Baltar  began her artistic career driven by need although in a wealthy atmosphere of Buenos Aires Barrio Norte. Learn guitar with master Vicente Di Giovanni and sing with María Contreras, and at the age of twenty-two he joined the Shadows Quintet with zambas and malbos that he had learned to love in a family farm in Junín. Hernán Figueroa Reyes, the historic artistic director of CBS, convinces her to record a solo album and begins to spin successfully on unconventional stages for the genre such as small theaters and café-concert. And then,  Astor Piazzolla appears. It was a loving and creative relationship that Amelita defined “like living inside a volcano.” One that started with an already older Ástor admiring his “prawns” and ends with Amelita revolutionizing the tango, the actress, the diva, the medium of the talent of  Piazzolla-Horacio Ferrer .More than a typical  tango  singer affected with rictus  arabaleros  ,  Baltar  possessed an expressive and clear...iacute; sima diction, sophisticated and sensual. Something you can hear in “Milonga de la Annunciación”, “ Ballada para un loco ” —classic of the Argentine classics of 1969,” Popular Violets ” or “ The umbrellas of Buenos Aires” . And surely his voice in “Chiquilín de Bachín” promoted like no one that urban poetics that would resonate in “ Prayer for a sleeping child”  by  Almendra , and “   11 and 6”   by  Fito Paez.

After the tumultuous separation of  Piazzolla ,  Baltar starts a path along the wide path of Latin American urban song, with a repertoire that sisters Eladia Blázquez with Vinicius de Moraes. Tour the sets, record studios and the tables of the world, and win at the Palma de Mallorca Festival with “Los pájaros perdidos”. One of the  biggest workers of the Argentine show  continues to be much needed in Europe, the United States and Brazil, where she triumphed with “Tangamente”, a huge tribute to  Piazzolla  , and maintains a space on FM 2X4 for several seasons. Konex Platinum Award 2015. But above all, it's  Amelita from Buenos Aires .

They say about Amelita Baltar

“Amelita Baltar belongs more to the urban sophistication of the 1960s than to the dense and endogamic culture of tango. It broke into a period of retreat of the genre, a stage of resistance in which the dissolution of the orchestras resulted in small formats that, freed from danceable functionality, ran into music to listen.” Mariano del Mazo at  https://www.pagina12.com.ar/diario/suplementos/radar/9-8503-2013-01-06.html

“Tangueros think they never read a diary, not a magazine, not a anything... And one day they opened the door of their house and found that Buenos Aires was another and they didn't have music to write that new Buenos Aires”, at  https://www.almagrorevista.com.ar/amelita-baltar-recuerda-astor-piazzolla