Everyone owns his own destiny, they say, and Abel Pintos took over his own. 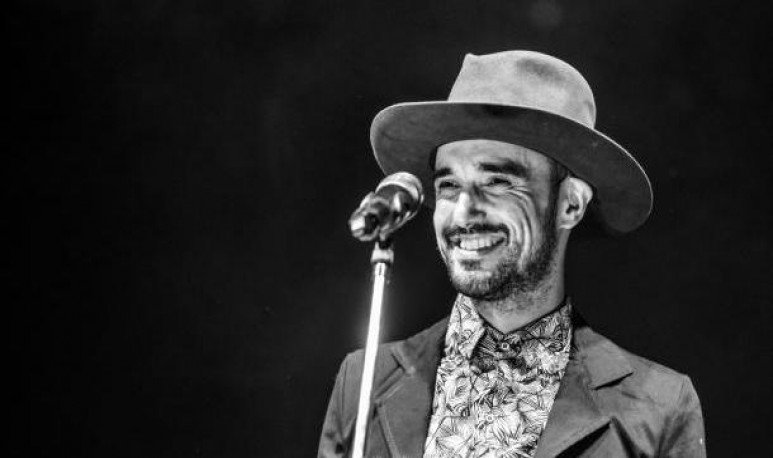 Everyone owns his own destiny, they say, and   Abel Pintos  took over his own. The boy who came to give  Argentine folklore one of its most prodigious fruits redirected his path to  pop , without feeling at any time that he was betraying his roots.

Some will think that it is moved by a desire to bill more, to be more massive, but he attributes the change to the natural evolution that every artist performs:

This new twist in my repertorio is not something someone asked me or imposed on me, but it has to do with a curiosity and musical need of their own. I grew up listening to many music genres and for me to deploy these different genres became a necessity and it also amuses me; I love to do pop and I also love to do folklore.

Abel has one of the sweetest voices in the world and a charisma that catches. When you're on  stage , you notice that's where you want to be, whether you're singing folklore or pop music  . He's not a traitor, he's just a man who enjoys his work, his  art , and wants to give his audience the best of him.

Abel Pintos was born in  Bahía Blanca , in the province of Buenos Aires. His career started very early. If you are asked when he first sang professionally, he brings to mind a school event. It was a tribute to San Martín and the singer played three songs, nothing more and nothing less than Victor Heredia, León Gieco and Horacio Guaraní. It inspires tenderness to imagine little Abel on that stage, surely playing singing and without suspecting the future that awaited him.

Someone always gives a hand

His  artistic godfather  or who discovers it at the age of fourteen was Raúl Lavié himself.

I remember it very thin, with two pocitos on the cheeks framing a fresh smile. He brought in his hand the weapon that was going to change his destiny, a “demo” with his songs. And he gave it to me as dreams are delivered, hopefully. We were at White's theatre and taking advantage of this, I asked the sound technician to make me listen. With the first phrases of the song I felt that I was in the presence of someone who had destiny for greatness. I said, “I'm going to see what I can do.” Maybe it was very little for him, maybe he expected a little more from me, but I didn't want to excitement him too much either.

Finally, Lavié, perhaps more enthusiastic than young Abel himself, managed to get a producer to listen to the famous demo. “Sing as the angels” had promised

When Abel's voice emerged from the speaker of the sound equipment, there was a silence of centuries and the office employees began to approach, pleasantly amazed at what they were listening. They asked me who I was and I told them that at the moment I was just a guy who loved music. “Now it's up to you to make it something else.” And go if it was. A few days ago I was invited to sing with him at the Opera. I felt like Zeus, witnessing in the darkness of the stage the arrival of the son of the sun. When Abel went on stage, the theater lit up with his voice. And I said, “Task accomplished.”

A prolific and award-winning career

Since 1997, he has published twelve albums, with performances in the country's most important theaters and stadiums, and he shares the stage with outstanding artists, no one tells him no. Abel Pintos is that mixture of talent in the voice with humility in the heart that no one resists. To list your awards would be for an exclusive note dedicated to the subject, but we will name your Golden  Gardel  in 2017 as an example of the much-deserved recognition.