Rosanna Falasca: a remembered tango who died prematurely with a huge race ahead. 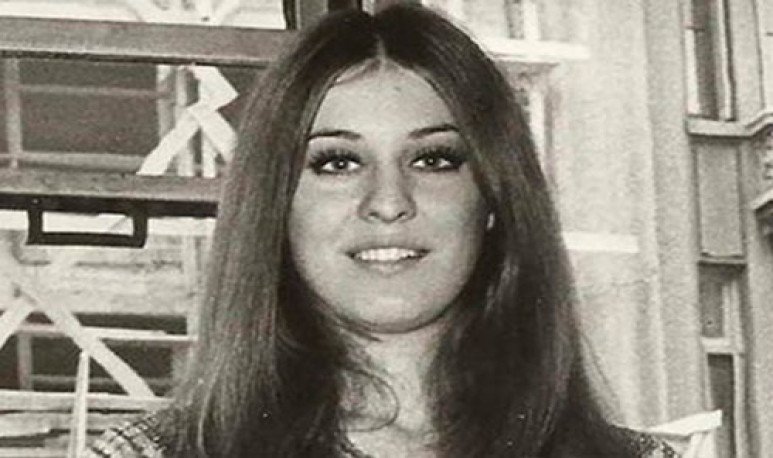 We'll tell you the story of Rosanna Falasca.  He was tango without looking for it.  His beauty and voice  dazzled  Argentina at  a very young age.

Rosanna Falasca was born in a large family in the town of Humboldt on 27 April 1953. She was the third of  six brothers who grew up surrounded by music , with a father who, as a tailor, was also a melodic singer, joined duos and even formed his own musical ensemble.

Rosanna evidenced, from a very young age, singing skills and this led her father to incorporate her into the group Adito and Chani (adaptation of their names: Ado and Rosanna). It was proposed to disseminate it,  presenting itself in many stages of different neighboring towns, which he visited on tours.  Radio was the medium par excellence and in it they had several performances, until a new medium was incorporated: television, which received them on channels 13 of  Santa Fe and Paraná.

Rosanna was a restless scholar of different disciplines, addressing English, French, dances, oriental philosophy, yoga, always in contact with  what she liked most: modern music . In 1968, she was hired to participate in the “Grand Festival of Rio Ceballos”, because the previous year she had performed as a guest on Canal 10 in Córdoba. At this Festival,  he came into contact with important artists from the country  who met there. His performance of popular music, including songs sung in Italian, was acclaimed by the public.

How does this native of a small inland town reach national and international fame?

Thanks to the fact that a producer who attended her presentation in Rafaela (another city in the province of Santa Fe)  is excited about this beautiful young woman,  so much as to invite her to perform at the concert café “Cabo 71” in San Telmo. There he went and acted successfully. But it was definitely television that defined fame, through participation in a contest in which her father entered it, in which new voices were sought within the large audience program,   Grandes Tango values  , conducted by Juan Carlos Thorry. Tango was not the predominant music in his repertoire, so much so that he knew only two and, in performing one of them, “Madreselva”, won the first round of three participants.  P  rovoc  or  great impact on the public , being a surprise for herself, whose only aspiration was to make herself known through the competition. The managers, also impacted, decided to withdraw her from the competition to offer her a four-year contract as a figure of the program.  Thus, at the age of 16 he made his debut becoming a real star  in the performance of “citizen music”, with his warm and delicious voice.

Love songs were the best heard in his voice, naturally suited to the romanticism of “tango canción”, which, at the age of 18, had become his favorite music.

Then came the tours of the Argentine provinces and Uruguay, Paraguay, Brazil, Chile, Venezuela and the  United States. She was tempted to accept a number of contracts in the latter country,  but she did not do so because she would have had to live permanently there, leaving her homeland.

Several recordings were made for the Diapasón label, with the orchestras of Luis Stazo and Lito Escarso. The leading record company Emi-Odeón hired her  in 1975 to record with Raúl Garello's orchestra  and Polydor recorded the last two long performances, with the Orlando Tripodi orchestra.

The film producers did not miss the opportunity to involve the young and beautiful singer in three films:  Up Youth, We were always partners and  I need you so much love .

Trying to enthuse the young audience,  he joined the so-called Young Tango Crusade,  with María Graña, Rubén Juarez and other young performers, directed by Raynaldo Martín.

She also performed in Botica de Tango , a program conducted by Eduardo Bergara Leuman, television hit of the moment (late 1970)

It was after a cancer was detected and had been  surgically operated that he settled in Don Torcuato, Buenos Aires province, to try unsuccessfully to recover and died on February 20, 1983.  His remains, after having been deposited in La Chacarita and dismissed by a large audience, were taken to a mausoleum  in the cemetery of his hometown: Humboldt.

Only 29 years old he lived among us, but  the memory of his beautiful and sweet voice,  which is revived every time radio stations broadcast in tango programs especially, endures and renews the  lament  for that early pé run.