Lois Blue, was born on August 23, 1912 and was an outstanding Argentine jazzy singer. 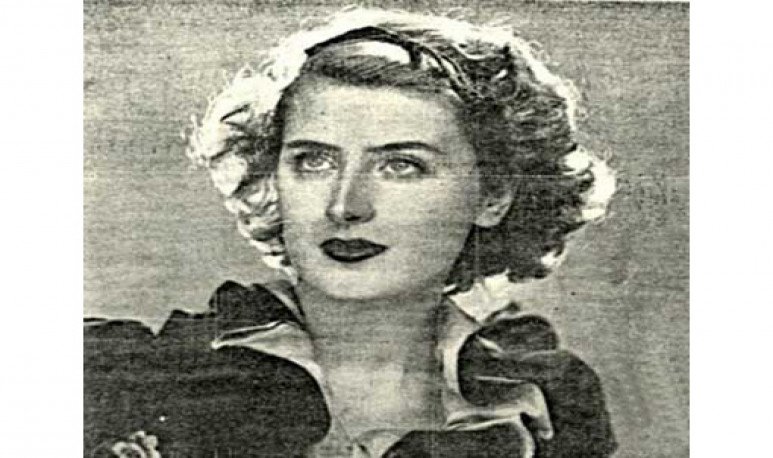 Lucía Bolognini Míguez , whose stage name was Lois Blue , was born on August 23, 1912 and was an outstanding Argentine jazz singer. Normal teacher and piano student, she began singing in 1935 at the  Alvear Palace Hotel  and in the audition “Astros y estrellas del jazz-”, on Radio Belgrano.

In 1937 he starred with  Raúl Sánchez Reynoso  and  Santa Paula Serenaders  recording his first album, “Rocking Chair”, for the label “Odeón”. She was the first singer to perform with the orchestra “Héctor y su jazz-”, starting in 1944, recording 23 tracks. Blonde, blue-eyed and spiked silhouette, cultivated a wide repertoire that ranged between the classics of jazzy and modern melodic music, at a time when jazzy was heard on the central radios and confectioneries of  Buenos Aires . She performed in theatre and television. During Cab Calloway's performance in Montevideo, she acted as a solo singer, making duets with the Director.

Her singing models were  Ethel Waters, Billie Holiday and Ella Fitzgerald . Of the recordings made, it was remarkable the record achieved in the 70's with a trio composed of  Jorge Anders  on tenor sax,  Santiago Giacobbe  on piano and  Néstor Astarita  on drums.  Lois Blue  frequented the bowling of Astarita “Jaz&Pop”, alternating with “Bar Sur”, where his admirer Enrique Villegas  , with whom she was sentimentally linked. In 1980, before settling in the  United States , he sang on  Radio El Mundo with the orchestras by  Eduardo Armani and  Roger Santander . This authentic jazzy singer, capable of phrasing any melody, died in New York in February 1999. The most important thing for  Lois Blue  was singing, something he did very well in that  Buenos Aires  yesterday.