In the month of the founding of the city of Córdoba, a homage dedicated to the culture of this province that is musicalized to the rhythm of the tunga tunga. 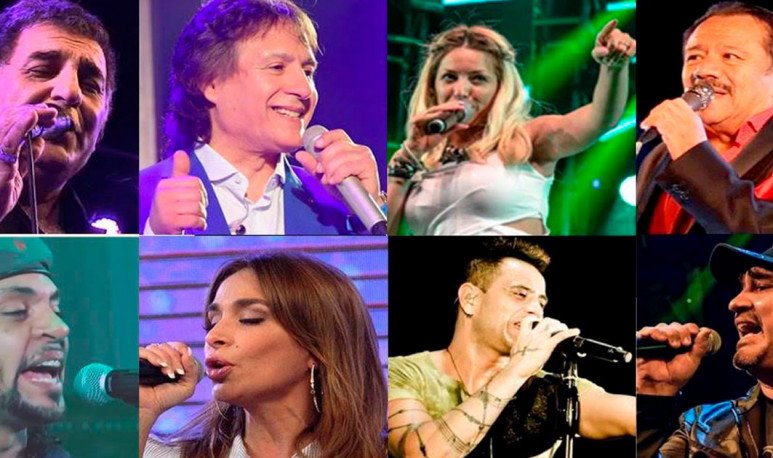 A very quartitetero tribute emerged in the middle of quarantine. It is a celebration of the existence of the Cordoba quartet, this musical genrethat accompanies all Cordoba from the belly . A recognition of the importance of popular culture and a claim to our customs. With the presence of great Cordoba artists recognizedand loved by our people, this tribute was a success . It is also an initiative to encourage us all in the midst of an increasingly extensive quarantine. In the absence of the physical encounter and because of the measures of safety, hygiene and social estrangement, the show was streamed .

The Córdoba Culture Agencyof the Government of Córdoba decided to carry out a whole managementto worship the quartet. The stream was organized at the Teatro Real with the participation of personalities fromCordoba.It was live through the Agency's social networks . In the homage, more than 20 artists from all ages sang with a great stable orchestra that made the stamina to each temon.The musical band that played for each of the singers was made up of incredible musicians.Carlos Javier Bidela on bass, Andrés Bombolo on drums and Vivi Pozzebón breaking it in percussion . In addition, Miguel Espíndola on the accordion, Angel Black Videla on the keyboard and in the musical direction. On guitar, Marian Pellegrino, Diego Fabian Nievas with trombone and Abraham Vasquez Martinez a puro güiro. Finally, Miguel Angel Moyano Zárate and Eduardo Gabriel Cruz with trumpets. An orchestra!

All barracks, all (and all)

Each quartetero climbed onto the stage of the Teatro Real to perform a classic. Among them, “Mi Córdoba querida”, “Thebest of love”,“I'm looking for a love” and “Luna”. And many more quatracks that filled our houses with excitement and dance. This live recital, without an audience and at a distance, was a mime to the heart of the Cordoba people. In addition, unlike other ceremonies, many of the most beloved Cordoba participated. Among them, Vanesa and Naty Medina, Andrea Teicher, La Gata Noelia and Lore Jiménez.

This tribute was aimed at recognizing the performance of all the workers in the musical world. That, in this context of quarantine and pandemic, they were harmed . It was a ceremony that highlighted the importance of the quartet in popular culture.And, above all, the need for recognition of these identity marks that make us Cordoba and Argentinian.The classics of remembrance sounded in different voices, with the same orchestra . Taking us between dancing and laughter on a journey through time, through the history of Cordoba and the history of the quartet. In addition, this show took place the night before the day of the foundation of Córdoba. The concert works as “a true tribute to the founders, makers and promoters of the popular rhythm of Cordoba that has been danced throughout the province for more than seven decades”,according to the original Agency .

Another factor that gave this event an emotional touch are the deaths of three very close icons: Carlitos Rolán, Eduardo Gelfo and Ariel Ferrari, who left us as a memory of their charisma and music.

This musical genre is an essential factor of our Cordoba culture. He is born in Córdoba and deserves our greatest joys. This contagious tunga tunga, which leads us to involuntarily move our feet, was declaredan Intangible Cultural Heritage. Because it is part ofCordoba's traditions and folklore.

The first quarter notes began in 1940 and in the 1990s this sticky rhythmspread throughout the country . The name comes from the number of instruments used, which were originally four: double bass, piano, violin and accordion. But, over time, variants emerged and some chimichurriswere added. Now the quartet bands are composed of an orchestra, up to 15 people. With percussion, string, piano, keyboard and wind instruments.

And, in your province, are they well quarterers?