Home Argentine Music A song that is a cry of all 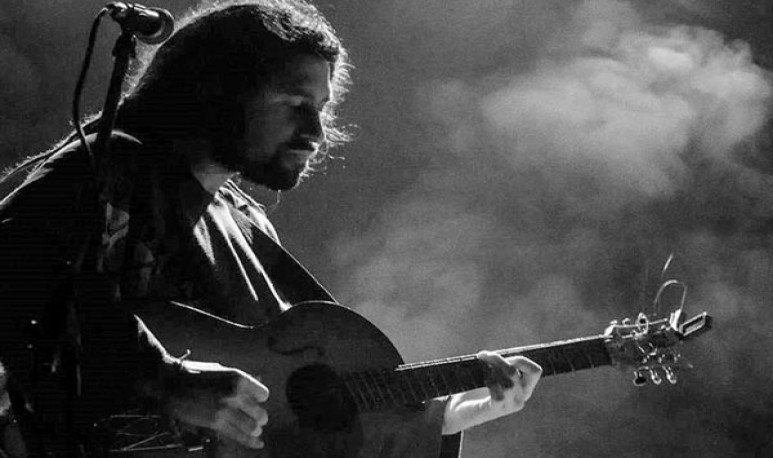 Those of us who write in Ser Argentino from the national coast have been talking, some time ago, about a topic that  distresses  us all. The indiscriminate burning of grasslands is wreaking havoc in our natural environment,  and toxic air is getting into the urban area . Perhaps the latter is the reason why social unrest has transcended the sphere of  environmental militancy, a work that is often not seen . This desperate health situation was reflected in Rosario through an artistic proposal. The musician Ale Lauphan released the song “Wetlands”, which  connects with an audiovisual work and a visual arts work.

This musician and DJ Rosarino added his contribution with a strong poetic statement in his song. His refrain says, “If they touch the River, they touch me,”  and quickly became the voice of mass demonstrations.

During these months, when citizens from all the coasts of the Paraná River observed the burning of grasslands of the islands, the strength of the collective was still felt in full quarantine. Environmentalists organized dozens of screenings and  marches , and consecrated themselves in  a multisectoral one to ask for the postponed Wetlands Law . All this had its soundtrack, with the release of Lauphan.

The song is already available on the artist's networks (Youtube, Instagram and Spotify). He himself takes care of highlighting that it is a collaborative work. This is because a song was released that is part of a demand by many people to launch the Wetlands Law and  end the fire on this treasure of islands that we have  in the region.

The song arose from a need and helplessness that people had to see the fire all over the Paraná Delta.  Anguish grew in the absence of clear actions . Alejandro says that, when reflecting on the theme, he “came” the chorus with melody and everything: if they touch the river, they touch me. It was his way of saying  that everything that is happening to the flora and fauna of the wetland is happening to us .

Surely, in  quarantine  , Alejandro's tool “was to grab the guitar and compose”. In this way he reflected the feelings, “thinking about the river, about the roots that nourish it, about the Afro descendants that inhabited the banks, and  that is why he has a mix of congo tango rhythm with litoraleño rhythm and chamarrita ”.

The fire never stopped and, in composing and showing this song to his inner circle, Lauphan had many who encouraged him to record this song. Then he sat down to design it in a study and did it in a few days, to put it at the service of the Multisectoral Wetlands marches. He sent them and  they started using it on the marches, and with the records they made a video clip  with that song. It was this organization, then, that was in charge of the audiovisual production.

Finally, the song's single is accompanied by a painting. This was made by  Entrerrian artist Victoria Ruiz Díaz . Although Lauphan is associated with Rosario, both he and Ruiz Díaz come from General Ramírez, near the city of Paraná.  Uniting  by many beautiful things, this time Entre Ríos and Santa Fe merge into a claim that can't wait: “Wetlands Law, now!”.