The rock movement in the capital of Santafesina is very complete. All subgenres of rock and their related rhythms have excellent representatives. 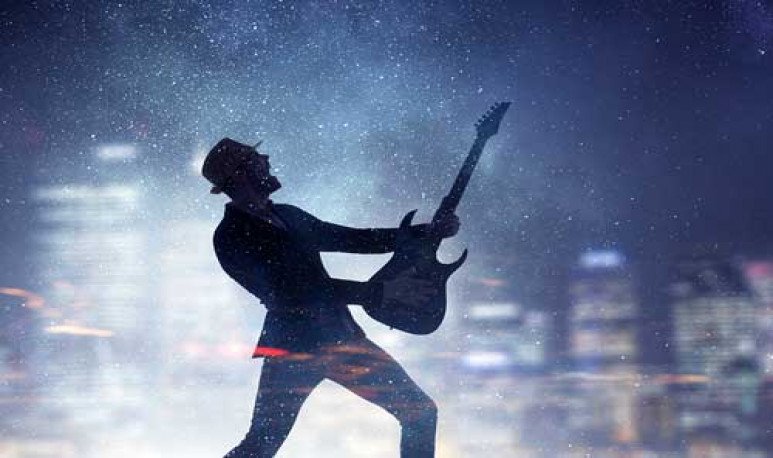 The Santafesina rock movement  is, objectively, very good . I say objectively, knowing that objectivity does not exist, from the moment it is evident that there is an enunciator, who carries every message of subjectivity. Even less can exist if we are talking about Santafesino  rock  , and the one who writes the note is a Santafesino who plays rock. Still, the “hard data” tells us of a  huge number of rock bands  in the  city , in all subgenres that have been and to be.

The rock ensembles originating in the city of Santa Fe  that achieved national notoriety  are no more than three or four. With  Cabezones  a la cabeza (what a play of words I put in), the 90's and the first decade of 2000 were the stage of greatest presence on television channels and radio stations in the country, in a triad that is completed with La Crude and Butumbaba. The latter explored reggae and other Jamaican rhythms. Currently,  Sig Ragga is recognized  as one of the most sophisticated and delicate ensembles in his compositions. High  quality  music lovers listen to Sig Ragga from all corners of Argentina and other countries as well.

Taking those four big ones out of Santafesino rock, as we said, in  all the smaller moves that come from rock , we always had in Santa Fe sets that represent them. Already in the 70's, with psychedelic rock and hard rock, there were Candy and Virgem bugs. At the end of the 80's appeared Carneviva, which was, for many, “LA” rock band of the city. His singer,  Tavo An  g  elini , now based in Federal Capital, has a leading career.

The '90s , I think, was the time of the greatest rock explosion in Santa Fe. Literally, each subgenre had many exponents: in the heavy metal, punk, dark, then came the niu metal, but also the  hip ho p, rap, and those that combine rock with electronic music and samplers.

Punk rock deserves a separate paragraph , just because it's what I play (haha). I got to count 15 Santafesinas bands from this rock subculture and we even released a CD compiled with songs from 10 punk groups from the city.

Currently, certain sounds are in vogue that I, frankly, do not like. Still, they constitute what would be the current rock move. On all radios the trap sounds, but, in the rock version,  everything goes more on the indie side . I mean, all over the world and especially in Argentina. Santa Fe also has indie bands, which play very often, release songs on online  platforms  , and carry on everything that keeps a serious musical project active.